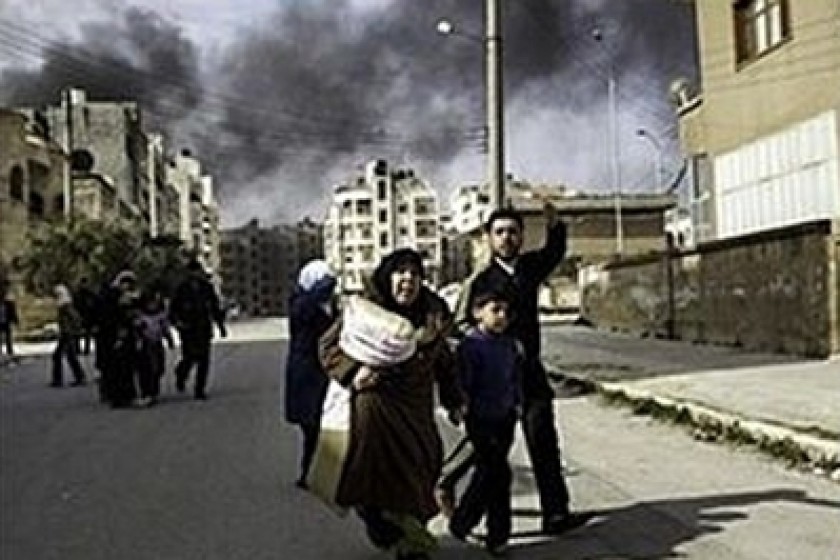 The Armenian Bar Association is the largest organized group of Armenian Diasporan attorneys, judges and law students in the world.

We bring to you as multinational bodies, and through each of you to your respective countries and citizens, the plight of the Armenians in Syria.

Our Association shares with the Republic of Armenia and all other civic, religious and humanitarian organizations, which serve the Armenian people worldwide, the memories and pain of the Armenian Genocide of 1915 and the bloody ethnic purges which indelibly marked it.

It is with those historically well-documented atrocities in mind that we ask you to not allow history to repeat itself, while you, your respective multi-national collectives, your individual countries, and each of your respective governments watches from afar.

With due respect, you must not allow man's inhumanity to man to occur yet again, as it did almost a century ago during the Armenian Genocide and the Great Dispossession of entire cities, towns and villages. Please join us in saying Not Again!

As the 21st century's gatekeepers of security and civilization, and as nations that have come together under the umbrella of peace, at what point might you extend that cover to provide shelter from the rainfall of rockets, shrapnel and bullets hailing onto the innocent civilians and citizens of Syria, Armenians and non-Armenians alike?

In a conflict that has claimed more than 20,000 casualties thus far and has sent hundreds of thousands more fleeing beyond Syria's borders to hoped-for safety, the Armenians in Syria, some of whom can trace their ancestors as far back to the sixth century B.C., and the bulk of those who arrived in successive waves, either as survivors of the Armenian Genocide, or later, between 1925 and 1945, fleeing persecution in Turkey and seeking refuge in Syria, now once again face uncertainty and dire consequences due to the current situation on the ground.

Unless, of course, you and your leagues of nations act, and act now. Unless you and your respective countries engage in brokering a ceasefire and bringing about lasting peace to the people of Syria.

Armenians, wherever they have resided in Arab lands, or in countries spanning the four corners of the globe, have always been loyalists to their host countries and to their adopted homelands. Syrian Armenians are no exception to this positive subscription and good citizenry.

The Syrian Armenians, and indeed all of the people in Syria, deserve the peace and security which your charters, constitutions, and consciences charge you with helping attain and preserve.

The Armenian Bar Association looks to each of you and your respective nations to deliver on that promise and to replenish the certainty of life and future to Syria and its citizens, including the Syrian-Armenians.