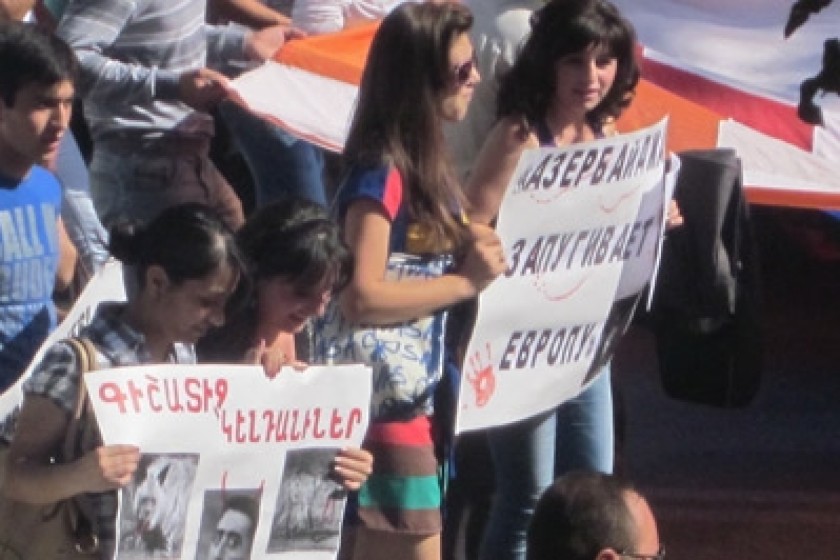 Protestors marched in the streets in Stepanakert, the capital of Artsakh, voicing their opposition to the extradition of Ramil Safarov, the convicted murderer of Armenian Army officer Gourgen Margaryan, an his subsequent pardon by Azerbaijani President Ilham Aliyev.

The march was organized by the "Kamk" civic organization and was promoted by Karabakh Telecom, which sent out SMS messages to its subscribers.