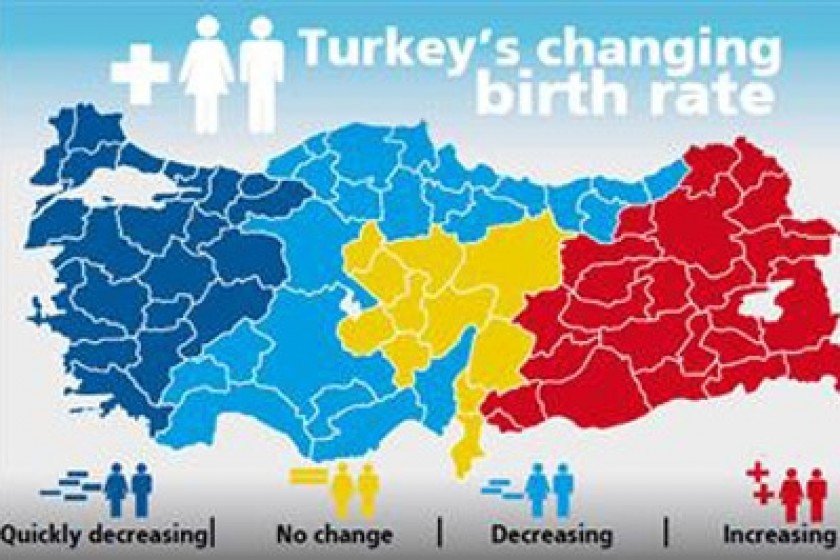 - There were a total of 1.23 million births in Turkey in 2011, a slight drop from 1.25 million the previous year, according to the Turkish Statistical Institute.

- 27.1% of the births occurred in the southeast of Turkey.

- While the 25-29 age range was the most popular for births in Istanbul, the Marmara region, the Aegean, Western Anatolia, and the western and eastern Black Sea, the 20-24 bracket was most common in the Mediterranean and Central Anatolia. In the Northeast, Central Anatolia and South-eastern Anatolia, women were still commonly having babies at 30-34 years of age, indicating that relatively older women are still conceiving regularly in these regions.