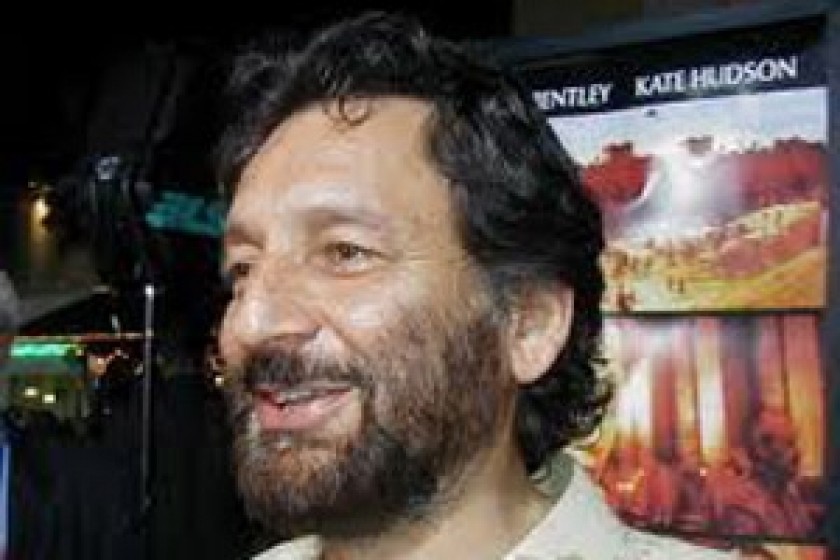 Shekhar Kapur: “Film on Armenian genocide will be challenging”

The man who gave us the sensitive "Masoom", the hilariously thrilling "Mr. India", the gripping "Bandit Queen" and the grand period drama "Elizabeth" has not lost any of his creative zeal. The latest topic to catch Shekhar Kapur's fancy is the Armenian genocide, and he knows it's going to be challenging.

Kapur had recently tweeted that he was going to Yerevan, Armenia's capital, to collect material on the event. The idea, he said, came to him from a script sent by the man who wrote "Motorcyle Diaries".

"It is a part of world history though a very shameful one," Kapur told IANS during a candid conversation here.

"The idea came to me based on a script sent to me by the screenwriter of 'Motorcycle Diaries' (Puerto Rican Jose Rivera). I fell in love with the script. It is a challenging project though. It will require lots of money, lots of passion and organisation. But there are a lot of passionate people behind this project. So it will hopefully see the light of day," he said.

However, filming of the movie will not start before another year, says Kapur, who is yet to begin work on his long-pending movie on water wars, "Paani".

The Armenian genocide is a particularly touchy topic in the political state that succeeded the Ottoman Sultanate in 1923, Mustafa Kemal Ataturk's Republic of Turkey.

So taboo is the topic for both - the Turkish government and ordinary Turks, that a Nobel laureate like Orhan Pamuk was prosecuted and found himself on the hit list of a far-right Turkish group for openly stating that Turkey had committed genocide against the Armenians.

"I invited the wrath of upper castes, the government and the censor board with 'Bandit Queen'. But I did not back down. I believe in fighting for what I believe in," he said with a wry smile.

"Moreover," he added, "there has been a shift in Turkish society. Nobody from that period is alive today. The new generation believes that their nation is great and has to move on. They say, 'Why can't we accept what happened'?"

Controversy is not new to Kapur. He had drawn flak from British tabloids in 2002, when he directed his own version of A.E.W. Mason's novel "The Four Feathers", starring the late Heath Ledger. The novel is centred on the Mahdist War in Sudan, sparked by the death of Charles Gordon (Gordon Pasha). Kapur was accused of being 'anti-British' when the film released.

"I was not anti-British. I was anti-colonisation. That is why I made the film. I made my own version because the novel and the previous film versions were heavily pro-colonial. It was colonial arrogance that led the British to intervene in Sudan. It was this that I wanted to show," clarified Kapur.

The 66-year-old is the only Indian to have made a successful Hollywood film. "Elizabeth" (1998) won Cate Blanchett the Bafta and the Golden Globe for best actress though she lost out on the Oscar. The film, however, received an Oscar for best makeup. The sequel "Elizabeth: The Golden Age" (2007) was also well received.

With the two period dramas behind him, is there anything special about history that attracts him?

"A society that does not learn from its past is condemned to repeat its mistakes. As a filmmaker, history for me is like sci-fi. I can create an entire world of my own," said Kapur.

Aram Topchyan 2019-01-25 08:28:59
My comment is for the author of the article, though I am not sure whether it will reach him or not. Dear Rajat Ghai, what you have written deserves most high appreciation, but the Armenians had not been “settled in Anatolia for generations after their tiny country … was conquered by the Ottoman Turks.” Their country was quite large, not tiny, before the Ottoman conquest. They were massacred in their own land, Western Armenia (not “Anatolia”), where they had lived from ancient times, when no Turks existed in that region at all. As to Shekhar Kapur, he is a great film director and his new bold undertaking is worthy of deepest admiration.