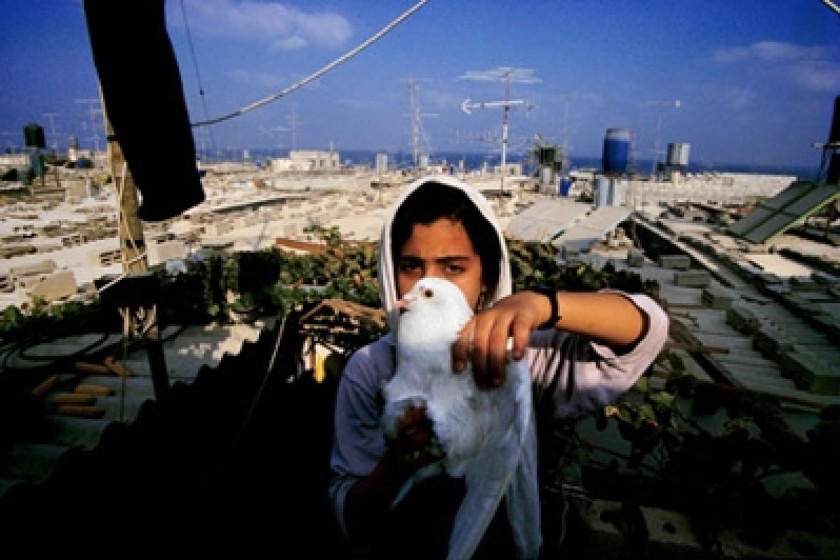 Alexandra Avakian: "Arafat called me a troublemaker but allowed me to photograph"

Alexandra Avakian, a photojournalist who has worked with the National Geographic Society since 1995, has come to Armenia.

Today she was on hand at the opening of her photographic and written memoir, Windows of the Soul: My Journeys in the Muslim World, exhibition at the Armenian Center for Contemporary Experimental Art (NPAK) in Yerevan.

Photojournalist Alexandra Avakian has covered many of the most important issues of her time. Her photographs have been published in National Geographic, Time, LIFE, the New York Times Magazine, and many others in the U.S. and throughout Europe.

Born in New York, Avakian has covered the Soviet Union, its fall, and the aftermath, including several civil wars, uprisings, and the 1991 coup for Time magazine and others. Avakian also covered the first Palestinian Intifada for seven years and many other stories in the Middle East, Africa, Eastern Europe, and the Caribbean for the major magazines of her time. She spent seven months covering Haiti in 1986-87. She documented the civil war and famine in Somalia and Sudan for Time. Her subjects have also included the 1988 earthquake in Armenia, the fall of the Berlin Wall, Czechoslovakia's Velvet Revolution for LIFE magazine, the funeral of Iran's Ayatollah Khomeini in 1989 for Time, homelessness and drug addiction in New York, and the migration of raptors through Mexico for Audubon, etc. Avakian lived in Moscow for two years (1990-92), Somalia for six months (1992-93), and Gaza for two years (1993-95).

The Yerevan exhibition of photos of the Muslim world also includes two from Artsakh. One shows a mother and father burying their son who has dies on the battlefield.

“I was born and raised with surprises, in a creative family interested in the cinema. When I turned nineteen and my grandparents were no longer alive I tried to personally understand what was meant by the terms refugee and escape. I threw myself into that area because it was the imperative, my mission,” Avakian says.

Alexandra Avakian was born in New York to writer and poet Dorothy Tristan and film editor and director Aram Avakian.

Meeting with reporters today at the opening of the exhibition, Avakian recounted the many and varied problems she’s encountered during her worldwide photo assignments.

In particular, she spoke about her meeting with PLO head Yasser Arafat.

“I was received quite warmly by Arafat. He gave me permission to take photos even though he called me a dictator and troublemaker,” Avakian recounted.

She spoke of her time spent in Artsakh in 1988, living in the underground bunker of the prime minister’s family or a hotel full of refugees.

“I was with the Askeran unit in the trenches. Opposite us were the Azerbaijanis. All the time, the farmers continued to work in the fields. It was a crazy situation. I was in the commander’s car and it suddenly stopped in the middle of the field. I could feel the bullets whizzing by.  I just wanted to get out of that insanity. And the farmers kept working.”

The exhibition will run until December 15.

The exhibition has been organized with the financial assistance of the Civilitas Foundation and the U.S. State Department’s Bureau of Public Affairs.