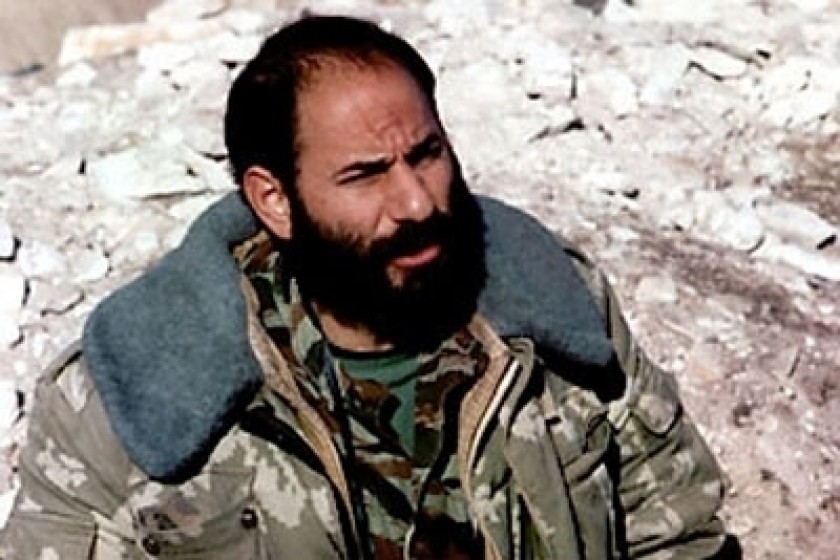 In the early morning the self-defense forces of the Martuni region of Nagorno Karabakh began an operation to destroy the military strongholds in the villages of the Aghdam region of Azerbaijan.

Everything was going as planned. By noon the operation was over. Monte, Komitas, Saribek, Saro, Hovik, and Gevork entered the Marzili village riding in a Vilis.

After examining the territory they were to determine the new positions. When they were approaching a crossroads they noticed an armored vehicle and stopped the Vilis. At a distance of 40 meters a group of soldiers gathered around the vehicle. Komitas, who was wearing an Azerbaijani military uniform, got out of the car and walked towards them. He called to them, “Are you Armenians?” They answered “No” in Azerbaijani. Komitas would later say that the moment he asked the question he knew they were enemy soldiers. He opened fire and retreated. The others jumped out the car and took positions, firing.

The vehicle’s large-caliber machine-gun joined the enemy’s submachine gunners. During the first burst of gunfire, the men were lying on the ground. Monte rushed towards the wall of the nearest house. The second machine-gun burst resounded. It hit the wall… A large fragment of a shell pierced Monte’s head. Four of the men were already wounded. Holding Monte, Hovik called for help over the radio transmitter – 00 is shot, 00 is no more… They took position around their commander and continued to resist. The relief forces destroyed the Azerbaijani detachment, and took a prisoner. The reconnaissance chief, Saribek Martirosyan, was bleeding profusely and died as soon as they reached the hospital.