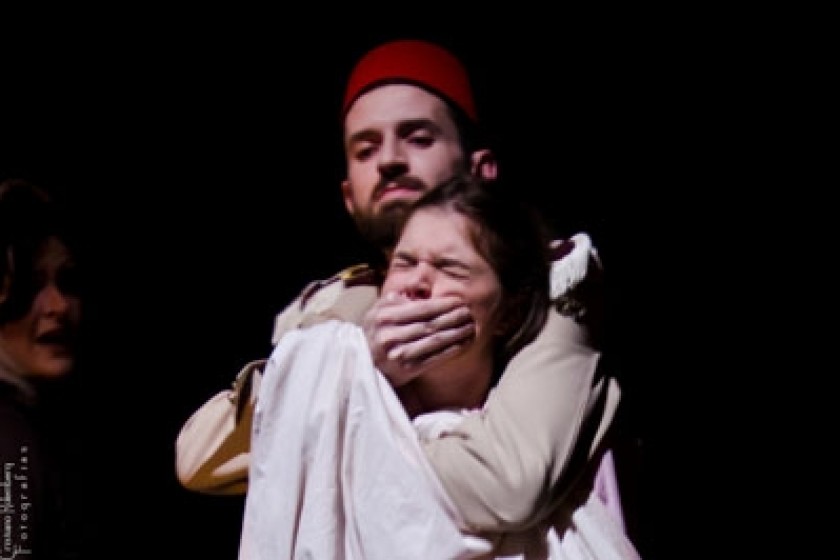 Artur Haroyan’s play “1915” premiered in Sao Paulo, Brazil, on October 28 and is still attracting packed audiences today. I recently telephoned Artour and asked him about the reviews and audience reaction.

How was the long awaited premier of “1915” received by local Armenians and Sao Paolo theatre goers?

It was surprising and pleasant to see that most of the audience was made up of Brazilians. Of course there were Armenians as well. Our web site received many letters from both about the play.

Many said that they couldn’t sleep after watching the play since the history was very realistically conveyed. They even started to do research on their own about those events.

Often times, at the end of the play, the actors come out on stage and bow before the audience in silence. Clapping after such a story would be out of place for them. They are quite moved emotionally as they exit the theatre.

So, the fear that Brazilians wouldn’t comprehend the root issue of the play actually worked out quite the opposite?

We have changed many details since the play began and have simplified many of the scenes because what was taking place on the stage resembled a film more than a theatrical presentation.

Sadly, the viewer didn’t understand anything of this mixture. Even today, it’s not clear to some of the viewers if the four women who continue showing up in the scenes are dead or alive after the first scene.

We incorporated symbolism to simplify things. For example, why are they drinking and eating from empty plates, or why are they talking about a certain object when nothing of the sort exists on stage.

Symbolism became one of the most important elements of the play; perhaps its very foundation.

I feel more satisfied when the viewer can’t guess the riddle of the presentation until the end, when they can’t distinguish the border between death and life.

Will the play continue to be staged?

We present the piece every Tuesday and Wednesday for the viewers to judge. The hall is packed. After the play, most of the audience stays and we have some interesting conversation.

The play will go on until December 12 and we are planning to take it to other cities in Brazil. We’ll even take it to Armenia if we can find some benefactors to underwrite the costs involved.

The Brazilian actors, all professionals, have also expressed a desire to visit Armenia because they have, on an emotional level, become aware of this bloody page of our history.

They also want to taste the pomegranate, one of the most important symbols of the play.

Watch a video trailer for the play HERE