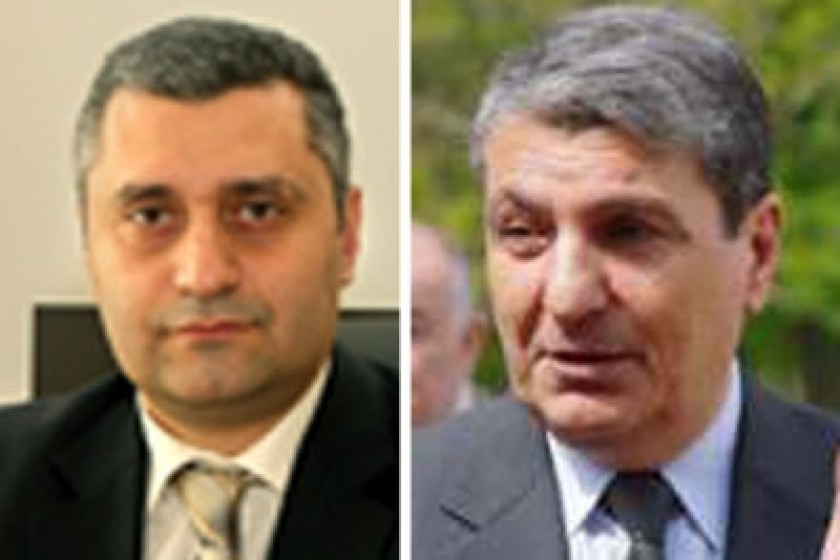 Through the efforts of the RA Ministry of Finance, yet a new case of money laundering was prevented.

Both the police and the prosecutor’s office knew about the attempt but did nothing. They knew who was behind the transaction. To expose it, law enforcement should have questioned Vahan Melkonyan, former Director of the Nayirit Factory, and Judge Ara Kubanyan. But law enforcement never received instructions to do just that so they never followed up.

On November 2, one judicial dispute against Nayirit was resolved. This time, an off-shore company of unknown origin lost. At the same time, two judges handed down two separate decisions regarding the dispute.

In 2009, Numard Trading took Nayirit to court, seeking a freeze of its assets. At the heart of the matter was a supply contract agreed between Esmaeil Motavalli Soufiani Trading and Nayirit Ransat CJSC.

In turns out that on October 3, 2002, Nayirit Ransat, the legal predecessor of Nayirit Factory, and Esmaeil Motavalli Soufiani Trading signed a supply contract for Natural rubber, also called India Rubber or Caoutchouc. According to the contract, Nayirit was obligated to supply the buyer with up to 2,700 tons of Chloroprene Rubber. The price was set at the equivalent in AMD of 1 ton for $1,500. Three months later, in January 2003, the same companies signed a contract stating that Esmaeil Motavalli Soufiani Trading had engaged in advertising of Nayirit products at various exhibitions and that the value of the promotional, activities was 882 million AMD. The amount was regarded as a down payment on the supply of products and Nayirit was obligated to supply the Iranian firm 1,000 tons of chloroprene rubber within 60 days of the contract signing.

According to Point 2.1 of the contract, the rubber would be delivered to the purchased in Yerevan at 70 Bagratunyats Street.

In other words, the Iranian firm had to send trucks to the factory to pick up the material. But the firm never sent the transport trucks and never presented any demand at the time.

Years later, in 2008, Esmaeil Motavalli Soufiani Trading ceded its demand rights to the unknown Numard Trading company. The latter did go to the courts, arguing that Nayirit failed to meet its obligations and must return the 882 million AMD plus interest of 5 billion AMD.

Defense lawyer for Nayirit responded by saying that the plaintiff   should have presented its demand for supply of the product to the company in question within a reasonable time, but that it hadn’t. The lawyer continued by saying, “It would seem that the plaintiff lost all interest in the contract some seven years ago. Any contractual obligation must be executed in reasonable time, otherwise a limitation of action must be applied.”

Numard Trading presented a letter to the court according to which Esmaeil Motavalli Soufiani Trading supposedly did get in touch with the supplier in writing in 2006, requesting that it fulfill its obligations. Karen Israyelyan, director of the factory at the time, swears he never received any such letter. Israyelyan claims that all correspondence addressed to the factory would get stamped with a number and that this particular letter also includes a letter in the stamp, thus implying that it got to the factory by other than “routine procedure” and at a later date.

At the time Shengavit Court Judge Ara Kubanyan sustained the suit and ordered Nayirit to pay the 5 billion AMD. This was the decision despite the fact that the plaintiff never showed up in court, thus depriving the defendant of the chance to cross examine. Judge Kubanyan never applied a limitation of actions based on the above mentioned letter. Vahan Melkonyan. On behalf of Nayirit Factory, never appealed the decision and the 5 billion was drawn up as a creditor debt.

What followed were accusations and counter accusations in the press and criticism of the prime minister. It was only afterwards that Prime Minister Tigran Sargsyan instructed the Ministry of Finance in May 2011 to investigate the credibility of the Numard Trading creditor debt.

The investigative branch of the Ministry of Finance concluded that Esmaeil Motavalli Soufiani Trading never produced any substantiating documentation or contract regarding the promotional activities of behalf of Nayirit.

Nayirit grabbed hold of the ministry’s investigation and took its case to the Court of Appeals in March of 2012.

Last month, Shengavit Court Judge Ishkhan Barseghyan rejected the suit in total, applying the limitation of actions. The court ordered Numard Trading to pay 247 million AMD to the RA state coffers for various unpaid court fees. It’s not clear how the money will be seized from the shadowy company.

Numard Trading is registered offshore, in the Seychelles Islands. There is no information about it on the internet. This means that it was formed to resolve its issues with Nayirit.

Numard’s director is one Stephen John Kelly, a citizen of Great Britain. His name can be found as a director and shareholder of many other companies; most of them offshore as well.

Three individuals are listed in the case as authorized representatives of the company and they gave Yerevan’s Ani Plaza Hotel as an address for official court correspondence. Some mail is also delivered to a post office box #76 at Republic Square. The company has no representation at Ani Plaza and mail sent there has been returned.

(Edik Baghdasaryan also contributed to the above investigative piece)