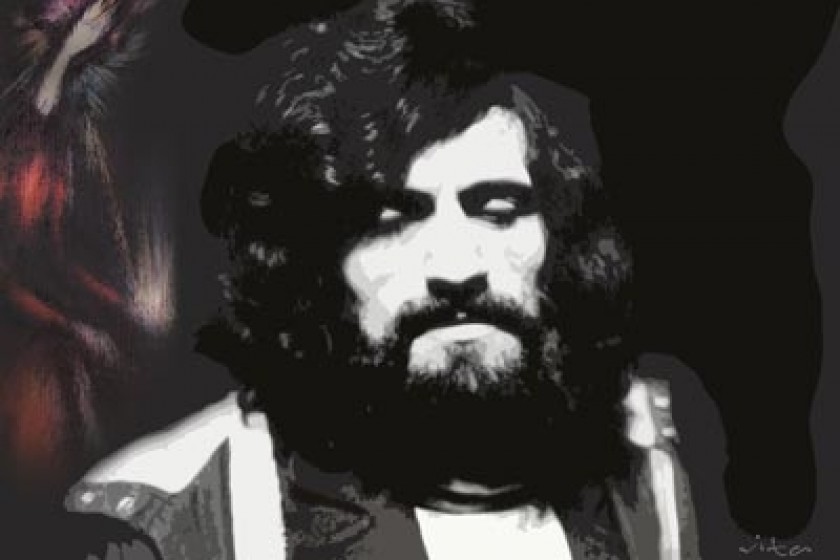 I was sitting with an artist friend of mine in Yerevan’s Art Bridge cafe. It was in 2009, and I again was in Yerevan after a long absence.

My friend had gathered a group of talented painters and sculptors. Naturally, we discussed art and, in particular, what was going on in the art scene in Armenia at the time.

I went to visit my friend’s gallery displaying tastefully selected works. I walk past the canvases and sometimes stop to take a look. I stand silently in the middle of the room and it seems as if I’m talking to myself – “It’s all the same. For me, Vigen is the best painter in Armenia.”

I know that what I have said is a bit crazy; my friend smiles. “Seta, you have mentioned that name a few times to me already. A few years ago, when we first met, you spoke about him. You know, I never tracked him down. None of my friends my age know him either.” Why should I hide my shame, I got emotional.

There was a time, when I was eighteen and just enrolled in college, when all my friends uttered the same thing whenever Vigen’s name was mentioned. They would say, “He’s a good guy.” Back then, it seemed that everyone in Yerevan knew Vigen. And why should I hide the fact that I took pleasure hearing such kudos.

I can state without hesitation that Vigen Tadevosyan is one of our most valuable “hidden” talents; both for me and a plethora of other Vigen aficionados and artists.

It’s difficult to imagine that in a competitive society full of envious people, I have yet to come across one person who’s had anything bad to say about Vigen. Only once, in my presence, did someone try to blame him for leaving the Karoun magazine. The words stuck in his throat, not because I protested but because the person realized just how stupid he sounded.

The corner inhabited by Vigen used to leave the impression of a cell – the cell of a non-corporeal being.

“Who is it?” I asked one day, referring to the black and white photo on the wall. “My teacher,” he said with a beaming smile. That was all. It took me a while to grasp that the teacher was Steiner. Around Christmas time, we would frequently listen to Bach. The performances of Marian Anderson would fill the dim room and we’d keep silent for hours. Vigen was one of the few people with whom I could converse for hours in silence.

One day, for some reason I can’t remember, I got angry and cried out, “It’s disgusting”.  Vigen stood still for a moment and then looked into my eyes. In his own inimitable way, slowly and enunciating each syllable, he said, “Don’t use that word, it’s not nice. Can you imagine what someone must feel when they are disgusted by something?”

I had a weakness for Metsarents as a student. Frequently, I would selfishly declare, “He is the brother I never had.” Vigen would smile and we would discuss literature for hours. His knowledge of western Armenian literature amazed me. None of my literature teachers ever discussed literature like that. His photo of Metsarents was on the bookcase; it now adorns mine.

One day, when I asked him the name of his daughter, he said, “Iren” in a lilting tone. I felt that there was an “of course” that disappeared at the end. It seemed to me that his look was saying that I should have guessed as much. At that moment I realized that the name came from the “The Internal World” of Indra. Of course.

One of his friends called the eyes Vigen painted for a short story by Albert Camus published in Karoun magazine as “unearthly”. Vigen like it and repeated it. I believe that the word better suited him, however. That great Man with a large heart and spirit.

He was reading French at the time. However, after returning from one of my vacations, I gave him a present in English. It was the words of Camus. They always hung on his wall.

I can go on and on writing about Vigen. I can say, with a calm conscience, that one rarely meets a person with such a spirit and expansive knowledge. It goes without saying that each of us who had the honor to know him have our own version of Vigen that now engulfs our spirit and which is somewhat unattainable for others. Nevertheless, his humanity is irrefutable for all.

I believe that angels in human guise lurk all around us. I we have eyes, we see them. I wouldn’t be going out on a limb if I say that there was more of the angelic in Vigen than the human. He would probably not agree with me. But I don’t know how to describe someone who didn’t know how to shout, hurt, blame, lie or deceive.

He knew how to give his all, to suffer and to illuminate. To a shining spirit...Vigen

Indra (Diran Chrakian, 1875 - 1921) was an Armenian poet, writer, painter and teacher. After the mass killing of Armenians in 1915 Indra lost his reason and walked as a tramp through provinces propagating love and unity. In 1921 he was exiled by the Turkish authorities and was tortured and killed on the way.