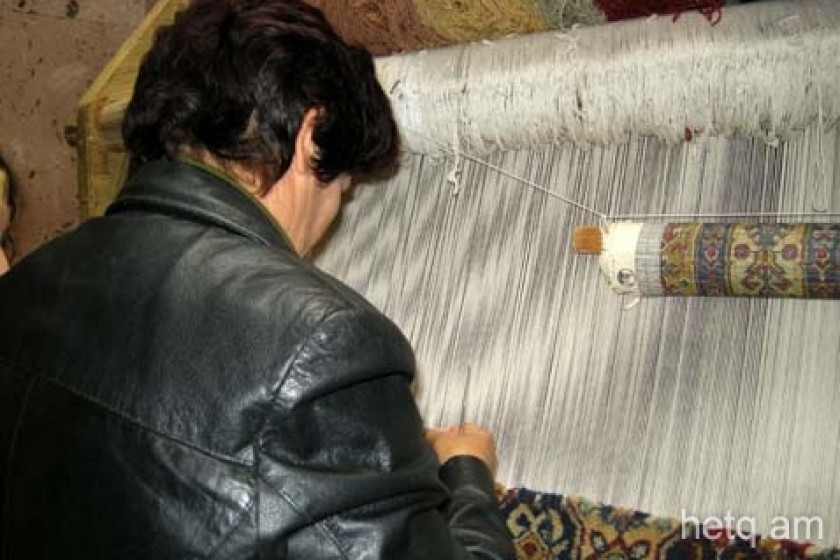 Reforming the Economy, Creating Jobs: What the Presidential Candidates Have to Offer - Part 2

In Part 1 of this series, we presented those portions of the campaign platforms of Hrant Bagratyan, Andreas Ghoukasyan and Serzh Sargsyan dealing with the economy and job creation. Today, we’ll cover those of Raffi Hovannisian, Paryur Hayrikian and Arman Melikyan.

Candidate Vardan Sedrakyan hasn’t yet published his campaign platform and Aram Haroutyunyan pulled out of the race on February 8.

Raffi Hovannisian: Hovannisian’s platform is called “The Program for a New Armenia” and is the most lengthy of all.

In the section entitled “The Armenia in Which We Live”, the candidate portrays in detail the wretched situation in Armenia. Hovannisian argues that civil servants aren’t paid enough and that often they are forced to implement the partisan and individual whims of the top echelons based on the fear that they might lose their jobs otherwise.

I this section, Hovannisian argues that the country’s economy is stagnant, that the former manufacturing base is partially in ruins and that those once employed in the sector are either unemployed or have been retrained for jobs in the service and trade sectors. He says that citizen revenues are being distributed very unequally and that a large segment of the population lives in chronic poverty.

Hovannisian says that citizens, including the youth, don’t have the opportunity to find normal jobs or housing. Thus they are forced to emigrate. He says that middle age and senior citizens looking for work face age and sex discrimination since employers prefer to hire younger workers.

He writes that low paid doctors, nurses and teachers are forced to look to the “pockets’ of parents and patients as a source of additional income. Scientists are left to fend for themselves and many are leaving for foreign shores at the invitation of reputable scientific centers. 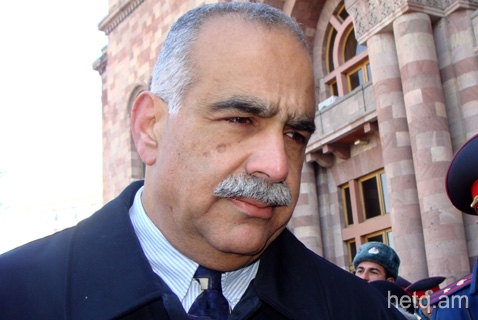 Hovannisian writes that doing business in Armenia is rife with huge risks including official scams, huge tax burdens and suffocating bureaucracy. A marketplace that is unstable and monopolistic makes matters even worse.

The candidate argues that villagers seeking to start a business get little or no help from the government and that oftentimes such assistance is provided on an inequitable basis – party affiliation, familial ties, etc.

Hovannisian says that citizens facing tough socio-economic conditions are often forced to work in the small number of business located in the regions and Yerevan where they are exploited.

To counteract all the above, he calls on government to facilitate the formation of a middle class, for the restoration of rights to small and midsized business, a return of revenues from the oligarchs to the citizens, a more equitable distribution of revenues, a lessening of social inequalities, a lightening of the tax burden on small and mid-sized business and the adoption of a simplified and progressive tax system that will do away with business being subject to the caprices of tax authorities.

He plans to raise the level of SMBs in the economic growth of the country by five fold, to 55-65%.

Hovannisian calls for tax breaks and other privileges, including free professional advice and training, for those interested in starting up a small business.

He argues that by breaking up the monopolies and by creating an even economic playing field, foreign and domestic investment levels will increase to $1.5 billion in the next five years. Such reforms, he claims, will attract more private investment from the diaspora as well.

The candidate claims that such levels of investment will potentially create 36,000 new jobs per year at average salary levels of 200,000 AMD.

He calls for state spending targeted to the manufacturing sector and related programs to increase from the current .0003% of the annual budget to .5%.

In terms of boosting agriculture, Hovannisian calls for the state to subsidize irrigation water costs by 70-80% for a minimum of 4-5 years.

He plans to cut the poverty rate from the current 35% to 20% in 2017 through a variety of legislative changes and a major review of the social assistance system.

Hovannisian says the current level of state financing to the sciences is unacceptable and plans to raise to 3% of the GDP by 2020. 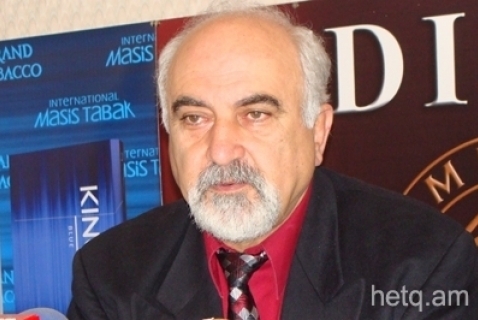 Paryur Hayrikian: This candidate’s platform does not deal with the economy per say. However, in the portion devoted to human rights, Hayrikian argues that if Armenia correctly fulfills its constitutional and international obligations in this regard, the rights of RA citizens, including their social rights, will be fully endured.

Hayrikian argues that what is lacking is the political will to reform the current state of affairs. He says that the plight of citizens caught in the grip of poverty and conditions of a monopolistic business sector can be ameliorated through the application of a sustained political will. 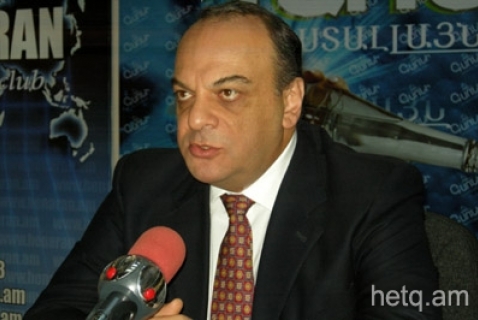 Arman Melikyan: This candidate’s platform is entitled “New Perspective, New Lifestyle” and is mostly comprised of theoretical observations and various political definitions on aspects dealing with human rights, quality of life, the system of government, etc.

He argues that any positive long-term prospects for economic development in the country can be ruled out given the present stranglehold on the market by various top government officials and the resultant economic monopolistic structure.

“Fed up with bureaucratic red tape businesses enter the shadow economy and pay fewer taxes. All this not only hinders the development of business but also has a large negative impact on small and medium size business that have to assume a larger tax burden,” his platform reads.

The candidate believes the salaries of civil servants and top ranking officials must be increased. He also calls for truly independent auditing institutions to ensure effective management of state finances.

Melikyan touches upon   job creation and wages in the concluding portion of his platform. He notes that in a true democracy the government system can intervene in such a way to remove linkages between government and the business sector, to strip away at the shadow economy, and to forge a truly competitive business sector.

“Today, even based on official statistics, we can claim that some $1billion doesn’t enter the state budget but is circulated in the shadow economy,” notes Melikyan’s platform.

Melikyan says he would use that $1 billion to raise the salaries of civil servants, pensions and allowances and to improve the social conditions of the poor and indigent.