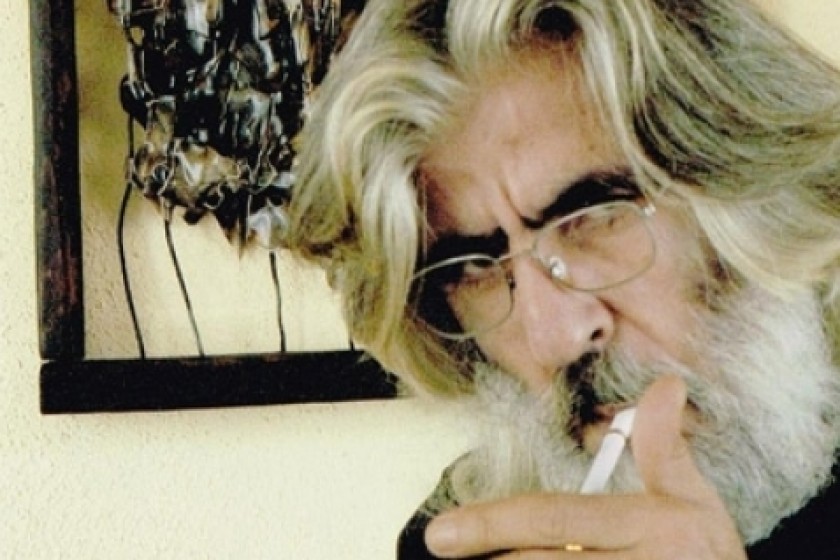 Sev: Armenia in Unrest due to Leaders and Press

The following is an interview with the abstractionist artist called “Sev” who resides in America but considers himself a “virtual resident of Yerevan.”

The last time you were in Armenia was in 2012. What are your thoughts of the political and civic activity then?

Armenia has been in a state of unrest for the past 25 years due to the “leaders” and the press. The real hardships and complexities have always been exaggerated; they have been over exaggerated by readers of smart books.

Now, as you follow events from California via the same media, do you see any movement? How does the political arena affect civic impulses?

First off, at least let's not separate the political and the civic. This “formula” was beautifully put into circulation in order to drive all to the political parties.

It’s not by accident that many only talk about “proportional” elections.

In that case, how would you describe the inclusion of non-party youth in various movements? Have they been directed as well?

Of course, there is some movement. The youth are educated by their direct and immediate life experiences.

Alongside the sloganeering “strugglers” that became fashionable after 2008, the silent strugglers started to appear--those who didn’t talk much about struggle.

There is direction being given in all societies. Conditioning is the basic work and occupation of civic-social institutions, even cultural.

But man has the potential to think freely and unfettered. Despite whatever those at the top wish to do, some are able to avoid that trap.

Is it possible to say that today’s generation is on the road of self-adjustment? If so, how will the ever-changing world environment and social perception impact on it?

That is an eternal problem. There are things on which the impact of time is zero. Everything cannot be theorized. They are unchanging things; they are the constants, invariables of our reality.

Recently I heard a conversation about a rationalized irrationality. As if the irrational between us becomes reality through rationalization. In that case, what is realization? Even Freud’s thoughts are perceived in today’s Armenia on the level of rationalization/reflexivity. It’s the commercialized version of Freudism.

Given this context of reality in Armenia, what is the quality of cultural development in the country?

Since art and free thought haven’t liberated them and are not applied to independent life, any talk of culture is senseless.

By independent, I do not at all refer to economic independence. That is practically impossible. I refer to the attainment of a subjective, specific attitude towards stereotypes. Just a minute ago I was thinking that I learned not to express myself, when expressing oneself was obligatory and mandated. It’s a serious “accomplishment.”

Is that the reason why you don’t return to Armenia?

Returning to Armenia... I was more absent while I was living in Armenia than now. Let’s not forget that I am a man connected to art in some sense. The platform, the square, isn’t my thing. But maybe my works...

Let’s say that every few days I go down to the Center and sit alone in some cafe. Later, I return home, to my studio.

How would that change things for the others who live “outside?” I can say with confidence, it wouldn’t change a thing. The virtual world immediately makes me a Yerevan resident, 24 hours a day.