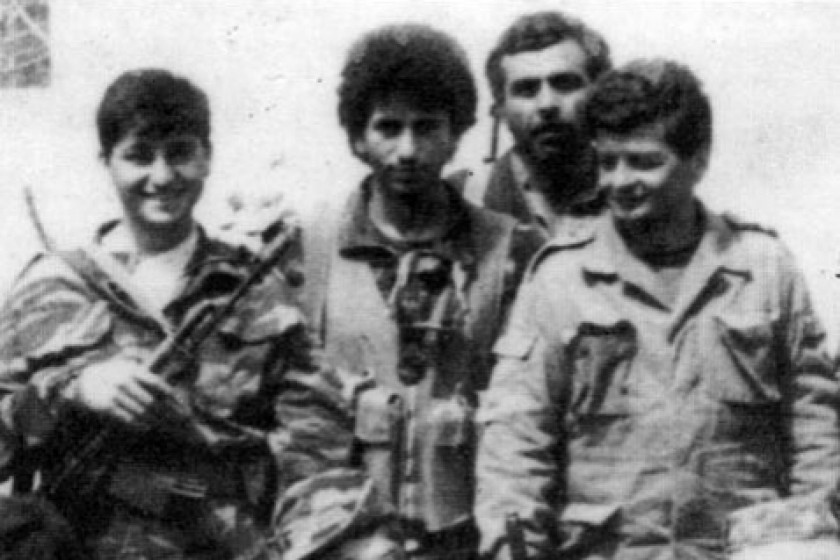 I've known Volodya for more than twenty years. He was one of the guys who fought in Leonid Azgaldyan's "Liberation Army" and participated in many battles in Artsakh.

Now, Volodya and twenty or more soldiers are staging a sit-down strike in Yerevan's Freedom Square.

After the cessation of military operations, Volodya remained in the army. Politics didn't interest him. He loved the military life and was a disciplined soldier. He never sought to profit from the fact that he fought in the war, like some now sitting comfortably in the parliament.

He never took a bribe and somehow managed to survive.

The government, of course, does certain things for our war vets but it only keeps them from starving. The government argues that it is poor and doesn't have the means to do more.

No one has believed this argument for a very long time since you MPs, ministers and sundry officials have been able to accumulate millions of dollars in this poor country.

Of course, our war vets could "take care" of these fat cats quite easily. Many vets simply have nothing else to lose; especially those who are ill, stuck in the grip of poverty and cannot provide for their families.

Our government officials still haven't grasped how citizens of this country are actually living – scratching out an existence day by day. Our officials haven't a clue what it means not to have money to pay utility bills, to get medical care and to pay for a child's education.

Our officials have become so jaded that they advise people to heat their homes with animal dung. They argue that it is possible to survive on 32,000 AMD ($77) per month. They offer such ridiculous advice to citizens while at the same time they rush to count their ill-gotten gains, deposit it in various banks, use it to purchase real estate overseas, or to start businesses.

The government cries poverty. It goes without saying that the country will be poor if state monies wind up in the bank accounts of state officials.

Our government officials have multiplied their ranks by placing lie upon lie and by promoting a crass culture of toadyism. They have forced soldiers like Volodya to stage such public protests.

Do you, our government officials, at least understand what you have done to our soldiers that makes them leave the ranks of the army and enter our public squares in protest?

Do you understand what such actions on the part of soldiers actually mean?

Do you know that your money, your private homes, your fancy cars and your bodyguards mean nothing for a soldier?

Have you ever given any thought about how you will weather the growing storm of a soldier's discontent?