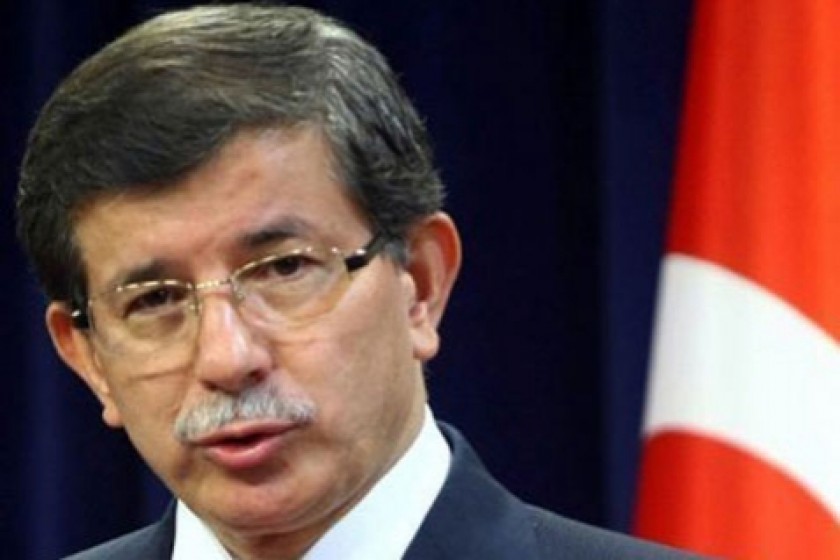 Yesterday, during a one day visit to , Turkish Foreign Minister Ahmet Davutoğlu labelled the recent call by the Armenian Prosecutor General for land repatriations from as the “product of delirium”.

During a recent meeting of worldwide Armenian lawyers, Armenian Prosecutor General Aghvan Hovsepyan said that the border between and had never been legally established and that lost Armenian lands should be returned to .

"should know the limits of its capacity," Foreign MinisterAhmet Davutoğlu stated in .

As reported by the Anadolu Agency, the Turkish Foreign Minister called on “those who dare to take a pebble from ” to know their limits.

Davutoğlu’s visit coincides with joint military exercises launched by the Turkish and Azerbaijani armies on July 12 that will run in  and Nakhijevan until July 28.

Hasan 2019-01-25 08:29:58
I am a Turkish international relations expert and I would like to share some comments regarding international law with you. Treaty of Alexandropol of December 3 1920, was signed by both Armenian (Tashnak-dominated) and Turkish side but later not ratified by the Armenian Parliament because of Bolshevik takeover in Armenia. As a result of this takeover and non-ratification by Armenian side, Turkey and new Armenian government (this time Bolshevik dominated) signed the Kars Treaty of October 13, 1921 together with the Bolshevik Russia, Georgia SSR and Azerbaijan SSR; and the borders were set. After Soviet Union collapsed Armenia declared that this agreement is void. However it is not possible to declare an agreement void as the regime of one signatory country changes. If this were possible every regime change in any country would result in many unrecognized treaties. So the existing borders are legal according to international law, and all other comments of previous commentators may feed nationalists but they are not real and realistic. I hope both Armenian and Turkish people be away from nationalisms.
Jay 2019-01-25 08:29:28
Yes, Mr./Mrs. expert. You are so knowledgeable on Armenian-Turkish politics that you would wanna help resolve the existing issues, but sadly you're too busy driving garbage truck in Constantinople. Armenia's and Armenians' business is non of your business. Take a hike.
Kevork 2019-01-25 08:29:27
Hey Akhmet, Turkey's land claims are a PRODUCT OF GENOCIDE. The day will come when we will get every inch of our lost land back to the last pebble.
Dave 2019-01-25 08:29:26
Those people in Turkey and Azerbaijan who think that they can take Artsakh away from Armenians are delirious and deluded.
The Truth 2019-01-25 08:29:26
Turkish Foreign Minister like his boss - PM Erdogan- is simply arrogant, rude and willing to ignore the simplest facts- This prior to Armenian Genocide ethnic Turks made not more than 3 to 5% of population well know SIX Armenian provinces of Ottoman Turkey (Western Armenian). We are talking about the same 6 Armenian provinces of Armenian high land , which Turkish Ottoman Government had once again agreed to carry out an international reform program and did agree to a kind of self governance in Feb. 1914 ! The Ottoman Turkey did use the WW I as an excuse and opportunity to get ride of promised reforms by annihilating a big portion of Armenian people in there historic home land! Facts on the ground and aggressive Turkish denial policy are speaking for itself!
GB 2019-01-25 08:29:26
Davood Oghloo holding on his pant, he is having same pain as Sultan of Axerbaijan has, BARKING!!
Garo Avedis 2019-01-25 08:29:26
From international legal point of view,these six villayets belong to Armenia,Turkey should return these occupied lands,and pay for useage for all these times,including reimbursing the victims of the Armenian genocide.
Sorvino 2019-01-25 08:29:26
I hope Armenia will get the lost lands back from Turkey and Azerbaijan including a coast line on the Mediterranean. In my view, this may become possible when there is s civil war in Turkey and Azerbaijan which will make things a little easier to grab back those historical Armenian lands. What say you?
zohrab 2019-01-25 08:29:26
of course he will not be happy and make threatning comments but when we come with real facts and realities then i will see his smug face