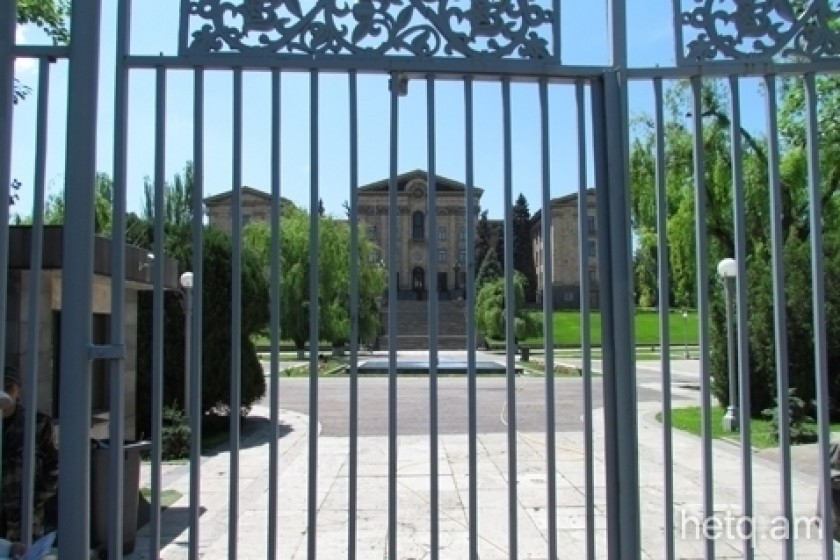 Hey, Anyone Home? My Quick-Fix Solution for Government Pay Hikes

They were at a wedding a few days ago…

Amidst the merry-making, they also talked a bit about affairs of state.

They understood that giving 18,000 to the unemployed was unnecessary, and were sorry that they hadn’t decided to pull the payments sooner.

They have come to the realization that ever since the last election,  a full five years, these payments to those without work, have been squandered; down the drain.

So now, our government officials have decided to use the money more wisely and productively – to give themselves pay raises.

These officials have heard about the rampant poverty in Armenia, but they don’t know what it is exactly.

In the reports of various international organizations, they have read about the numbers; that 32.5% of the population lives under the poverty line.

Of course, this number isn’t credible. But at least they admit that poverty exists in Armenia. They could have even denied this, declaring that poverty doesn’t exist.

My friend, who fought in the Artsakh War, became infuriated when he heard about the pay hikes for state officials. He says that we must change the forms of struggle. I agree.  He goes on, saying:

- We must stage huge acts of civil disobedience. For example, we all stop using electricity at the same time.

- Next, we all sit down on the street. It doesn’t matter where.

- Next, we block off all the streets at the same time. In villages, cities, the highways. We don’t move.

- Next, they’ll call out the army and police. But they can’t send enough troops all over the place.

- If we can hold out for one week, the army and police will come over to our side, to the side of the people peacefully protesting.

- The motivating force has to be the students, but there aren’t any in Armenia.

“You are mistaken,” replies my somewhat befuddled friend.

I don’t know. Perhaps I am mistaken.

The officials know that there are still people living in Armenia and that they can squander the budget.

If the government wants to increases wages, it can do so another way – by cutting the ministries in half.

Why do we need, for example, a ministry of economics, of culture, or the diaspora…and so on?

Do away with them and use the money to raise the salaries of civil servants.

If you want to raise the salary of the president, then fire all the various advisors.

Why do we need a 131 member National Assembly? Cut the number of MPs in half, to 65.

It would be so easy to do.

Give the MPs a fifth grade homework assignment and fire all those who make five or more mistakes.

If my calculations are correct, we’ll probably end up with 65 in the best case scenario.