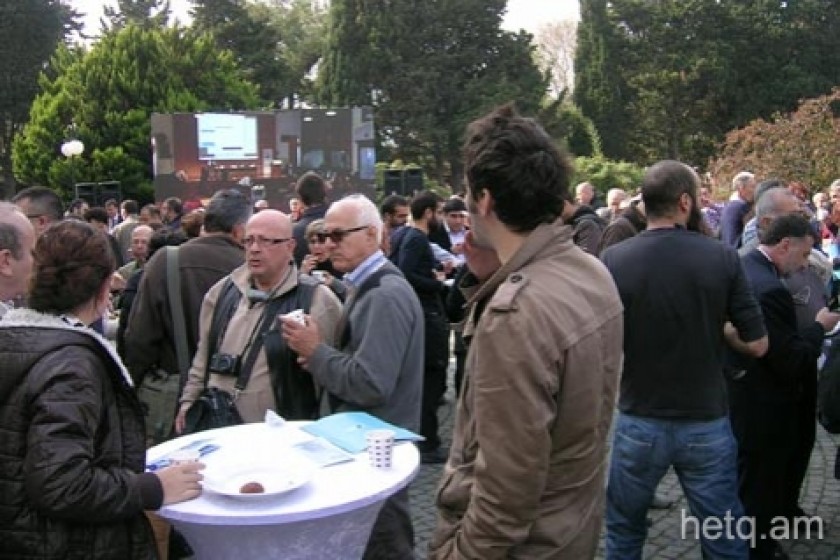 Islamized Armenians: Coming to Grips With a New Reality

Over the centuries, untold numbers of Christian Armenians have converted to Islam. The vast majority have done so under various degrees of pressure and given the exigencies of the time.

While relatively subtle on occasion, the imperative to convert to a religion mostly regarded as the faith of the “enemy” was often clear-cut – convert or perish.

Over the past decade or so, a new sub-grouping of Armenians, either called Islamized of Muslim Armenians, has come to the fore.

While the existence of such Armenians is not new per say, the issue of who they exactly are in terms of overall Armenian identity has been gaining greater exposure, both in Armenian circles and in Turkey.

One such attempt to grapple with this issue is the conference now taking place in Istanbulthat I’ve been attending.

Entitled, “Islamized (Islamicized) Armenians” and organized by the Hrant Dink Foundation, the conference began yesterday and will end tomorrow.

The scope of the conference is immense and has attracted a number of prominent scholars and heretofore unknown speakers commenting and analyzing the centuries-old conversion process of Armenians in the Ottoman Empire, with a special focus on the 1915 Genocide and its aftermath.

Bogazici University’s Albert Long Hall was packed the other day when the conference kicked off.

I would estimate that there were at least 700 people in the hall to listen to what speakers like Taner Akcam, Ayse Gul Altinay, Hranush Kharatyan, Laurence Ritter and Anoush Suni, and Adnan Celik, amongst others, had to say on the subject.

Rakel Dink, representing the Hrant Dink Foundation, welcomed speakers and audience alike, stressing that the conference was merely an initial step in discussing both the history, and more importantly, the present reality of Islamized Armenians.

Religion, identity, memory, ethnicity, are just a few of the intertwined topics that the speakers touched in their presentations.

Naturally, I cannot delve into all the subjects that the 30 speakers will raise over the course of three days, but I can give readers a concise overview.

After an opening conversation amongst Fethiye Cetin, Nabahat Akkoc and Sibel Asna, the first day saw three separate panels exploring such topics as: Burden of History, politics of Naming; The Recent and Distant History of the Islamization; and Islamized in 1915.

It was interesting to hear that some 40 years ago, Kaloustian had come up with different classifications of Armenians who had converted based on when the conversion had taken place, whether it was a conscious decision or not, and whether they had converted back to Christianity when conditions allowed them to do so.

Hadjian, who has been touring Western Armenia for the past two years, is in the process of writing a book entitled “A Secret Nation” that will present his findings regarding Islamized Armenians he has come into contact with.

The author, a native of Aleppo who then moved to Argentine at an early age, says his work is a journalistic investigation into the lives of these people and will serve as an introduction for a wider audience.

“My purpose is not to proselytize or to make judgmental declarations. We must first come to recognize one another without preconditions or preconceived notions. This conference is a step in the right direction,” Hadjian says, adding that the book should be out in a few months. The first edition will be in Turkish and then translated into English.

Hadjian added that tragically, the Armenian diaspora lacks the facilities to engage this new group of Armenians given that the Church, as a religious organization, cannot by its nature initiate a dialogue with individuals who profess another religion.

Another speaker whom I caught up with was Vahe Tachian, an historian and chief editor of the website Houshamadyan. 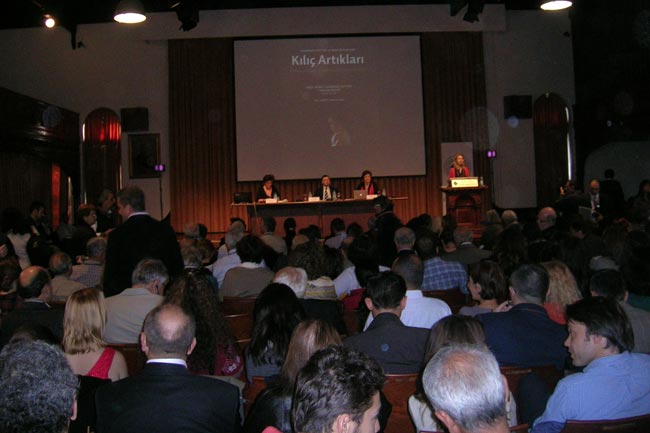 Tachjian spoke at this morning’s panel entitled “Islamized in 1915: History and Bearing Witness”.

His focus was on how many Armenian women during the Genocide entered into mixed marriages and prostitution as a means of survival. Tachjian talked about attempts to reintegrate these women into post-Ottoman Armenian communities and how many were ostracized and shunned by the dominant Armenian society and organizations.

“Many of these women could never return to the larger Armenian fold, especially if they had children with Muslim men,” Tachjian noted, adding that the fact that so many “converted” Armenians were present at the conference underscored the need for a platform on this issue that has now taken on a greater sense of urgency.

“These individuals, naturally, are interested to hear what the wider world, especially Armenians, have to say on the subject. We must approach this issue on a human level and shy away from making snap judgments as to whether these people are Armenian or not,” Tachjian stressed.

During our conversation, Rakel Dink walked by and hearing the word “judgment”, noted that identity is a concept that is not merely based on religion and that all of us have a duty to build bridges between these newly discovered Armenians and the traditional communities.

I also had the chance to briefly speak with Hilmar Kaiser, a German historian, whose presentation dealt with the assimilation of Armenian deportees between 1915 and 1917.

In his presentation, Kaiser noted that the CUP (Committee of Union and Progress), was split on the issue of converting Armenians to Islam. One grouping tolerated such conversions, which physically “saved” many Armenians from certain death, while others in the CUP saw it as presenting a future danger to the state.

During my conversation with Kaiser, the historian noted that this conference an earlier one in Diyarbekir has returned the Armenian debate back to Turkey where it naturally belongs.

“We are witnessing the reemergence of the Armenian community of Constantinople as the intellectual powerhouse that it once was. Armenian intellectualism is returning to the very place that it was cut down in 1915. And the Turkish colleagues are back. Thus the logic of the killers is denied,” Kaiser argued.

He also pulled no punches in criticizing the academic work carried out in Armenia for the past twenty years or so since independence, labeling it as not only academically inferior but also damaging giving its nationalist, even racist overtones. Luckily, Kaiser noted, there is a new generation of academics coming of age in Armenia who are raising the bar when it comes to academic scholarship, pointing to the presence of two young scholars from Armenia as panelists.

Kaiser then turned his criticism to Armenian academics in the United States who, he argues, haven’t produced anything new in the past twenty years.

“Tell me one publication on the extermination, as I call it since I don’t like the term genocide anymore, which has been published in the last ten years in the U.S. What comes to mind? You really have to scratch your head. And this is after millions of dollars and university chairs. It’s basically a declaration of intellectual bankruptcy. They are stuck in their own mental prison,” Kaiser said.

I last spoke with Raymond Kevorkian, the prominent Genocide scholar based in Paris, who moderated yesterday’s “Islamized in 1915” panel.

An old friend, I had no problem convincing Raymond to share his thoughts on the issue.

“This is an issue that will only grow in significance in the future. And it is an issue that blows away the Turkish state’s decades old argument of a homogenous populace. As such, the issue of Islamized Armenians should be seen as an integral part of the overall internal Turkish process now going on in various ethnic communities regarding a search for identity, and that there are actually several Turkish identities,” Kevorkian said.

He stressed that the entire issue demands greater research on a social level and that the anecdotal studies carried out to date aren’t sufficient.

“The diaspora must come to grips with the fact that the bulk of these converted Armenians will remain as they are. So how do we relate to them and, in particular, how shall we relate to those who display a willingness to come into contact with traditional Armenian communities and structures,” Kevorkian added.

Summing up the challenge that these converted Armenians now pose to the greater Armenian community, Kevorkian said, “We face a new reality today. A significant segment of us had disappeared and are now resurfacing, but in a new form.”

When I asked my friend, if we are able, and willingly, to come to grips with this new reality, he responded, “We have to come up with an answer, better yet, a set of answers. This conference is a preliminary step in the search for answers, and I have no doubt that the search will continue."