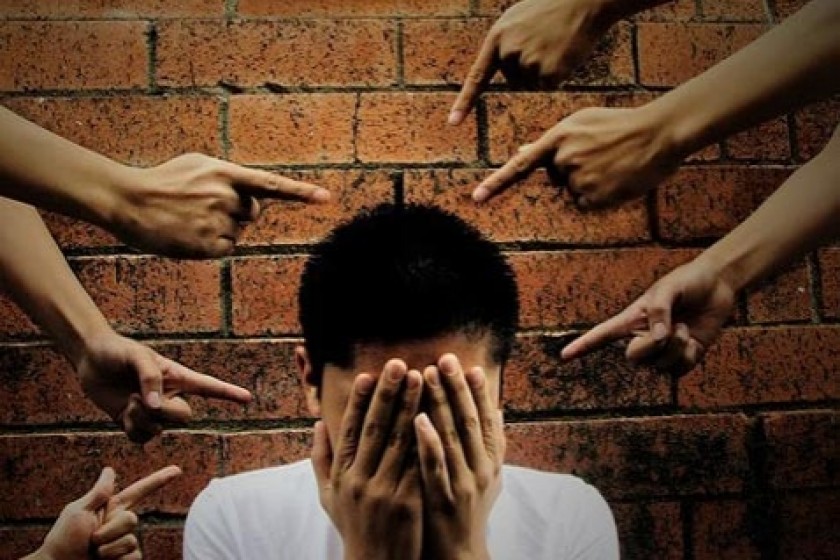 A co-worker recently told me of a peculiar event that he personally witnessed.

Two men had approached a drinking fountain on Mashtots Street in Yerevan. One of them yielded to the other who, in turn, insisted that the first man drink first.   This exchange of politeness continued a few more turns until one of them lost patience and insisted that the other have a drink. Then it became a matter of principle, and both refused to back down before a shoving match ensued. Neither one of them was able to quench his thirst.

At first, I was rather surprised when he told me this. Then, after I thought about it for a few minutes it began to make sense. It falls in line with my theory.

When you interact with Armenians as long as I have, you begin to discern a general characteristic that is so common among men and women alike, especially those entering middle age.

Passive aggressive behavior is chronic in Yerevan society. In conversation, when someone’s patience begins to run out with a given topic, it’s not uncommon for them to raise their voice, building up to a holler and eventual screaming match if the conversation does not take a different tone. Often it is too late, despite the reversion to dipsomaniacal toasts of caustic vodka and repeated nicotine fixes.

It’s as if people carry around a constant pent-up frustration. They are totally absorbed by their complexes and fears of expressing their own opinions or deep-rooted personal feelings. And dwelling at the heart of these complexes, at the very core of being and consciousness —“amot eh” (it’s shameful).

“Amot eh” is used in such frequency in everyday conversation and in such diverse contexts that people may not realize they are even uttering it. In other words, its meaning or intent can be lost when “it’s shameful” is an automated response to something that may be perceived as peculiar or even humorous to the participants in conversation. Shame is ingrained in the Armenian psyche.

The “amot eh” complex starts at an early age, when parents in feeble attempts to correct or reprimand their children, tell them it is shameful when they make a mistake or do something second nature to them, like sticking their fingers in paints, dropping an ice cream cone or testing the limits of the sonority of their voice — in other words, being kids.

It could be anything that meets with the disproval of the parent or guardian, or that may be frowned upon by Armenian society at large. So the child grows with this fear of being shameful or embarrassed, and is made to endure the threat of being shamed for his or her entire adolescence. Moreover, the child begins to tell others that their actions or deeds are shameful; the determination based on what he/she has been told by elders, who in turn have also been admonished for their own sins and embarrassment.

By the time the child has reached adult age, the fear of shame is omnipresent - for instance in the way one dresses, behaves or thinks.  The young Armenian strives to conform, to dwell in a kind of existence that meets the approval of others, to please and seek gratification, to avoid humiliation.

“Amot eh” is single-handedly quelling creativity and freedom of thought in modern Armenian society. With its submissive waive of the hand as if to state “no more,” it discourages entrepreneurship and spurns innovation. Living in fear of failure because it is perceived as shameful essentially leads to a repressed, uneventful life, to be content with the mundane because society deems it safe. Progress is ironically being suppressed.

“Amot eh” strangles ingenuity and favors complacency. Just like a scouring sponge, shame completely absorbs potential for exacting progressive change then scrubs out the inspiring light. It renders its victims incapable of consciously deciding of their own free will: “I want” or “I do not want.”

“Amot eh” promotes resentment and anger, as the victim yearns to break free from the confines of conformity and behavioral normalcy. People overact because they are not free in mind, spirit and conscience. They are in a constant struggle with themselves to behave as expected, to move about as predicted, and when the boiling point of frustration is reached they explode. And the process is cyclical, uncontrollable.

There are those who act to take advantage or deceive others first before they themselves are deceived, as that would be shameful. When false information is given or a mistake has been made, it is better to stand by the error than admit wrongdoing and repent, since it is shameful to back down.

“Amot eh” precipitates fear and thus intolerance for diversity and the creative spirit. The concept of gender is mistaken for the destruction of family values and open promotion of homosexuality. Shame and having been shamed are the source reasons for domestic physical and sexual abuse. Due to the inherited indifference associated with its side effect of conformity, shame leads to violence and untold physical as well as spiritual and mental suffering throughout generations.

And it is “Amot eh” that permits this same suffering to continue unabated, as it is shameful to see mental health practitioners due to the archaic stigma of “having gone crazy.” Can it be shameful to be well?

Suppressing the fear of being shameful is not an easy task, especially where it has existed for generations. But it has to begin for any society to thrive. No one deserves to sacrifice true happiness for fear of being oppressed.