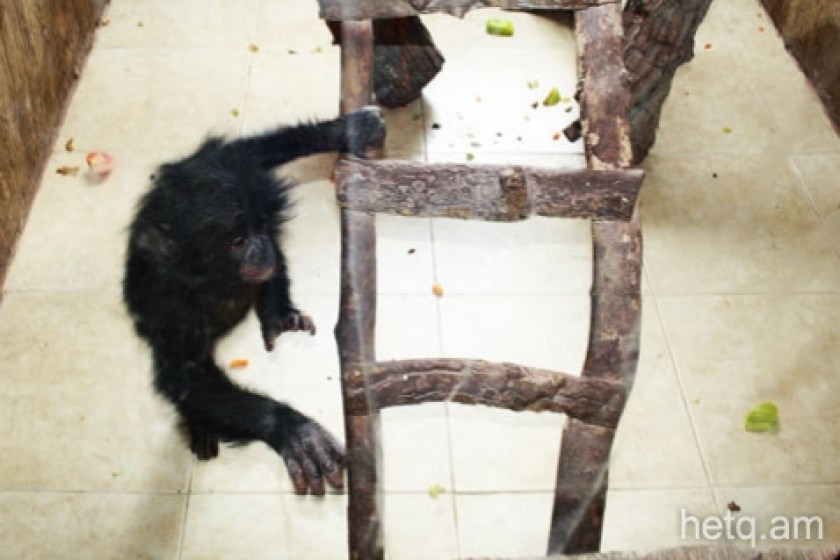 A criminal case has been launched on the basis of a Hetq expose regarding the trafficking of endangered bonobo monkeys in Armenia.

The November 2013 investigation revealed that several of the bonobos and other endangered species had found their way to Armenia in violation of international treaties and despite the fact that Armenia, as a signatory, is obligated to take steps to halt such trafficking.

In response to a Hetq inquiry sent to Armenia’s Prosecutor General’s Office, we were informed that an investigation was underway by the Kotayk Police Department.

We were then informed that the police filed criminal contraband charges against Artur Khachatryan, the owner of Zoo Fauna Art, a company in the animal trade.

Khachatryan had told Hetq that while he had imported the monkeys to Armenia, but that everything was above board and legal.