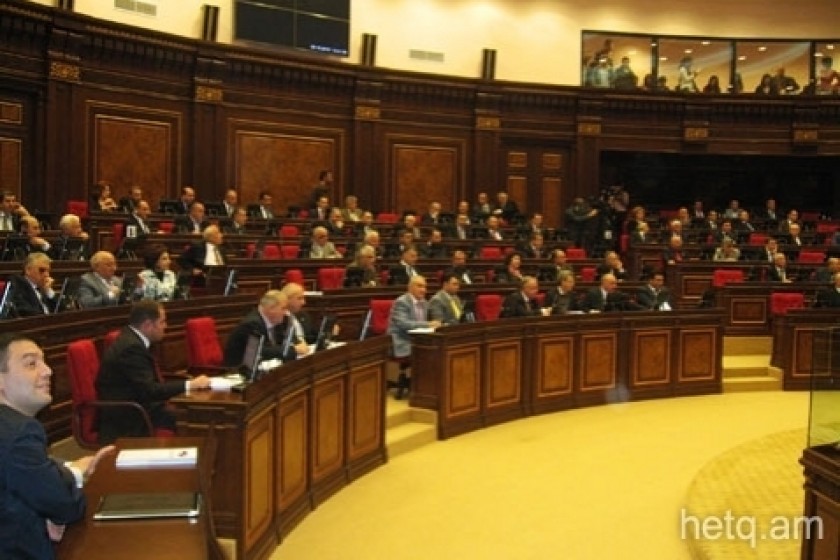 The draft legislative package on making amendments to the Law on Advertising and the Law on Television and Radio, put to a vote in Armenia's National Assembly today, was approved upon its first reading. Eighty-five MPs voted for the bill, 5 voted against, and 18 abstained.

Just prior to the second vote on the legislative package earlier today, secretary of the Armenian Revolutionary Federation (Dashnaktsutyun) faction Aghvan Vardanyan asked for a 20-minute recess, which caused quite a stir among many of the MPs. When reporters rushed to ask Vardanyan (who had left the chamber) why he called for a recess, National Assembly Vice President Eduard Sharmazanov joked that Vardanyan hadn't had a chance to drink coffee in the morning; hence, the need for a break.

Sharmazanov was accompanied by a few MPs, who, upon hearing the joke, laughed. Meanwhile, Armenian Revolutionary Federation MP Artsvik Minasyan told reporters that Vardanyan's was a tactical move so the parliamentary majority doesn't vote.

Nevertheless, after the break, parliamentary speaker Hovik Abrahamyan very quickly put the legislative package to a vote, and it was approved with 66 in favor, 1 opposed, and 2 abstentions.