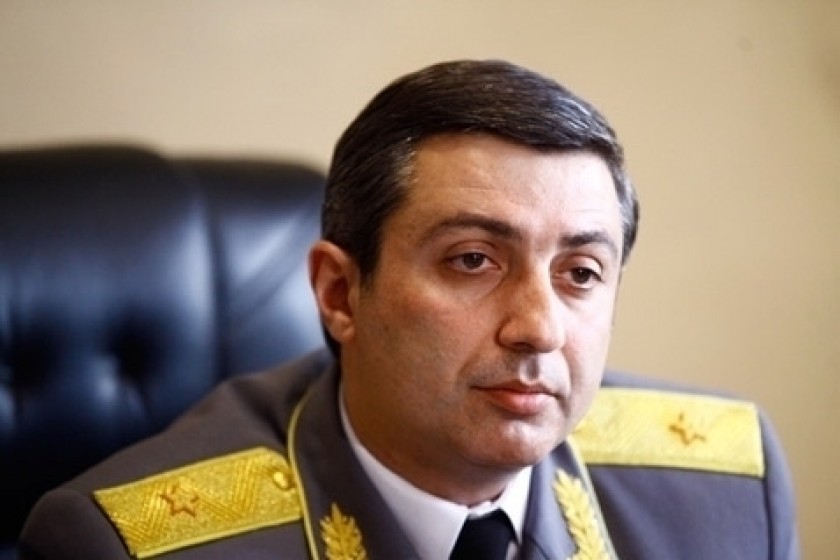 A Tale of Bananas in a Banana Armenia

On September 25th, at a meeting with journalists and representatives of various NGO’s, the Prosecutor General of Armenia discussed a series of questions related to crimes linked to corruption. In my statement I commented that in its war against corruption the Prosecutor General’s Office had only pursued cases against the “small fish” while the case files of larger violators were being closed.

As an example I referred to one case study resulting from the investigative reportage carried out by “Hetq” according to which the “Ketrin” (Catherine) LLC. was found to be exporting bananas from Armenia to the Bahamas and Georgia. (See: Armenia is Exporting Bananas).

This case has been closed since Mr. Grisha Harutyunyan, a former Deputy Chief of the Finance Division of Armenia’s Security Agency, lurks in the background. After this story broke various news organizations ran with the news and attempted to ascertain the facts from the Customs Service.

However, due to our ongoing research into the matter, “Hetq” had discovered that the Bahamas hadn’t imported any bananas from Armenia. According to official documents Georgia had imported 100 tons of bananas from Armenia but my colleague in Georgia revealed that according to documents he had uncovered those 100 tons of bananas had been re-exported from Georgia. Till now we haven’t been able to ascertain where the Georgian company in question re-exported the bananas to. This however is not important given that, in actuality, not one banana has been exported from Armenia.

According to official statistics Armenia exported some 3596 tons of bananas to the Bahamas in 2005 and 2006. Nothing of the kind happened. Papers were simply forged and this is a violation in itself.

Mr. Gevorg Nersisyan, the Head of the Research and Legal Affairs Department of the Customs Division attached to the State Revenues Committee, in comments given to the “Hayots Ashkhar” newspaper, stated that, “I don’t know who is supporting or not supporting the Ketrin LLC. During the investigation the practices of the company have been exposed. According to statistics at our disposal we have discovered that from the period January 1, 2005 to July 1, 2007 a quantity of bananas at a value of 1.386 billion drams was imported into the Republic of Armenia “on a temporary basis for reprocessing purposes” in accordance with customs laws.”

“Given that a re-exportation of banana oil was realized it is not possible to terminate the declaration regarding ‘the temporary importation for reprocessing purposes’. It remains in effect and for this reason, as a technical declaration, it has been augmented so as to state that this quantity of bananas was exported. In reality, the Ketrin Company declared an exportation of banana oil; in no case were bananas ever re-exported.”

Let us remind readers that prior to this Mr. A. Afrikyan, Deputy Chairman of the State Customs Committee, in response to a written query made by “Hetq”, noted that the Ketrin LLC had exported 59.4 kilos of banana oil to the Bahamas which is the equivalent to the 775 tons of bananas “temporarily imported for reprocessing purposes” previously declared to Customs.”

Mr. Gevorg Nersisyan stated to “Hayots Ashkhar” that, “Investigations revealed that it wasn’t banana oil that was re-exported but rather sunflower oil.”

The reality is that during years of 2005 - 2007  Ketrin LLC avoided having to pay various customs taxes and levies and VAT tax when it introduced some 6,500 tons of bananas “to enter free circulation” according to customs regulations. This is what the law envisages. Similarly, Ketrin was obligated to export the reprocessed product from Armenia. And since no such reprocessing took place the company forged its documents to show that it indeed had exported banana oil to the Bahamas. In the end, the Ketrin Company has gotten away with not paying the government taxes amounting to some 443.7 million drams ($1.479 million).

This also means that 6,500 tons of bananas were sold in Armenia without ever being officially registered.

When asked by “Hayots Ashkhar” why the CEO of Ketrin LLC or those individuals responsible for the fraudulent transaction haven’t been criminally prosecuted Mr. Nersisyan stated, “In this case, we do not see evidence of any illegal smuggling given that when the bananas were imported into the country and duly declared as “temporary importation for the purposes of reprocessing” everything was above board. In fact the product was sold on the Armenian market. In reality, in place of banana oil the company re-exported sunflower seed oil, whose value doesn’t exceed one million drams in each case. In other words, this is not a matter of goods smuggling but rather of tax evasion. The Ketrin LLC has evaded paying taxes.”

“…According to Article 189 Point 5 of the ROA Criminal Code an individual is freed from any criminal liability in the case of a first infraction when said individual pays compensation equivalent to the losses incurred as a result of such a crime, in addition to penalties and fines. For this reason these individuals were not subject to any criminal liability. Specifically, 443.7 million drams as principal compensation was paid as well as 200.8 million drams in penalties. In total, a sum of 644.5 million drams was paid to Customs.”

We might have considered this story ended had it not been for another factor. Throughout all of this there stood Mihran Poghosyan, the founder and President of  Ketrin LLC. In Armenia today he is the Head of the Compulsory Enforcement Service. One can still visit the Ketrin Ltd. Company website (http://www.catherine.am/about_arm.htm)  and read his welcoming open statement.