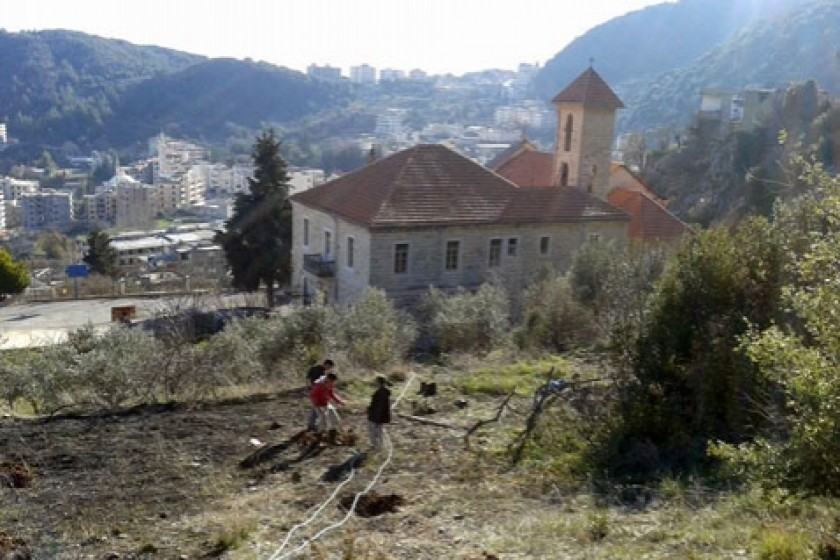 KESAB, SYRIA - The Armenian populated villages of Kesab, Syria were the target of three days of brutal cross-border attacks from Turkey by al-Qaeda affiliated armed bands, which have cost 80 lives and forced the civilian population of the area to flee for to neighboring hills, with many seeking safe-haven in the nearby cities of Latakia and Basit.

In a written statement, the Armenian National Committee—International, condemned the attacks and Turkey's active role in aiding and abetting extremist groups in their targeted attacks against the Christian and minority populations in Syria.  “For months, we have warned the international community of the imminent threat posed by extremist foreign fighters against the Christian minority population in Syria,” noted the ANC-I statement.  “These vicious and unprompted attacks against the Armenian-populated town and villages of Kesab are the latest examples of this violence, actively encouraged by neighboring Turkey. We call upon all states with any influence in the Syrian conflict to use all available means to stop these attacks against the peaceful civilian population of Kesab, to allow them to return to their homes in safety and security. In the last one hundred years, this is the third time that the Armenians are being forced to leave Kesab and in all three cases, Turkey is the aggressor or on the side of the aggressors.”

According to news reports, the armed incursion began on Friday, March 21, 2014, at 5:45a.m., with rebels associated with Al-Qaeda's al-Nusra Front, Sham al-Islam and Ansar al-Sham crossing the Turkish border and attacking the Armenian civilian population of Kesab.  The attackers immediately seized two guard posts overlooking Kesab, including a strategic hill known as Observatory 45 and later took over the border crossing point with Turkey. Snipers targeted the civilian population and launched mortar attacks on the town and the surrounding villages.

Some 670 Armenian families, the majority of the population of Kesab, were evacuated by the local Armenian community leadership to safer areas in neighboring Basit and Latakia.  Ten to fifteen families with relations too elderly to move were either unable to leave or chose to stay in their homes.

On Saturday, March 22, Syrian troops launched a counteroffensive in an attempt to regain the border crossing point, eye-witnesses and state media reported.  However, on Sunday, March 23, the extremist groups once again entered the town of Kesab, took the remaining Armenian families hostage, and desecrated the town’s three Armenian churches, pillaging local residences and occupying the town and surrounding villages.

Located in the north-western corner of Syria, near the border with Turkey, Kesab had, until very recently evaded major battles in the Syrian conflict.  The local Armenian population had increased in recently years with the city serving as safe-haven for those fleeing from the war-torn cities of Yacubiye, Rakka and Aleppo.