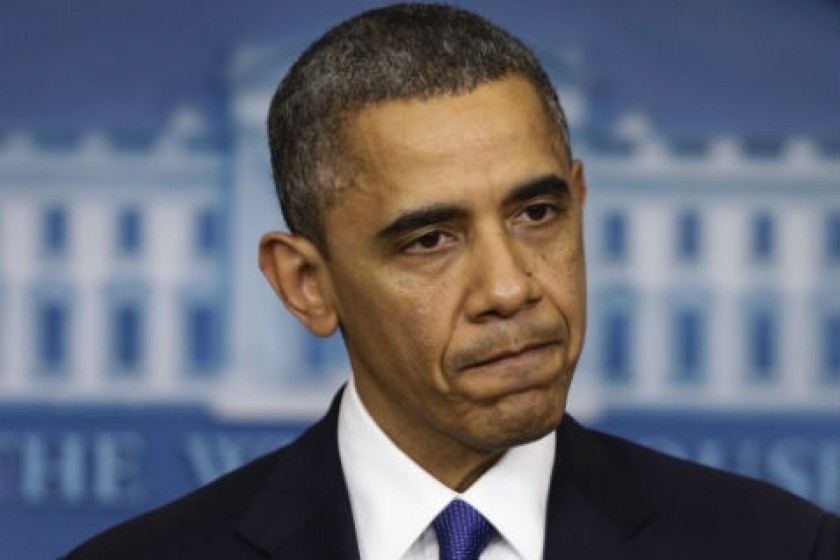 The Armenian Bar Association sent the following letter dated March 24, 2014 to U.S. President Barack Obama regarding the plight of Armenians in Syria.
Dear President Obama,
The Armenian Bar Association has written to you in the not too distant past regarding issues of monumental importance to your Armenian-American constituents about the plight of freedom-deserving people here and around the world.
What is at stake now is the very foundation on which our country rose to positions of domestic stability and worldwide leadership: life, liberty, and the pursuit of happiness.
More so than ever before, this letter comes to you in the most exigent of circumstances and with the utmost urgency calling for your immediate attention.
With this communication, we bring to you the collective concerns and expectations of our hundreds of members and thousands of supporters, from our lawyers, judges, law professors and law students, to, indeed, the common concerns of the one million Armenian Americans, buffeted by the good wishes of more than ten million Armenians of the world.
We ask that the United States of America, our Congress, and specifically your Administration, take concrete steps to ensure the now-shattered safety of the Armenian inhabitants of Syria, and in particular those of Aleppo and Kessab.
The restraint which you have shown, thus far, has unfortunately led to more, not less, bloodshed and dislocation in Syria. It has caused the peaceful Armenian community of Aleppo to be victimized and the entire region of Kessab to be evacuated.  Most of those fleeing have done so with only the clothes on their backs and the fear in their hearts.  The few who have remained behind have been taken as hostages by the Syrian rebels.
These calamities are reminiscent of the tragic circumstances leading up to the Armenian Genocide, which you so eloquently spoke about and readily and accurately referred to as a historical fact, while campaigning to be elected president of our country.  You promised to recognize the Armenian Genocide once you were elected president, but that’s a different story deserving of an audience with you before the Genocide’s Centennial on April 24, 2015.
For now, it must be said that your Administration's continued and tacit approval of the upheaval in Syria has wrought further despair upon the Armenians in that country. This, Mr. President, frankly speaking, does not become our great nation.
How many towns, villages and cities must be destroyed and how many thousands of Armenians must be homeless, yet again, for human rights and innocent lives to once again become our top priority?
Will the additional slaughters of civilians, or murders of children, or rapes of women cause you to reconsider your position? Would further pillaging and uprooting of Armenians from their ancestral homes finally remind you of the Armenian Genocide and history repeating itself while our government sits idly by?
Thus far, the silence and the inaction from the White House and our State Department have been, with all due respect, unacceptable.
We can no longer be satisfied with statements such as "We are doing all we can behind the scenes and are working quietly with our Allies.” We have heard that before and it defies the reality of the present catastrophe for innocent civilians. Good faith negotiations and traditional diplomacy are not going to save the last remaining Christians in their native lands.
Our country's principal ally, not so ironically, Genocide-denying Turkey, is complicit in this most recent dispossession of Armenians from their homes and homeland.
Our very government, led by you, has the high moral courage and tools at its disposal to halt the current horrors. The fate of Armenians and other Christians in Syria should never be deemed or accepted as collateral damage of the rebels, who have and continue to receive the support of our government.
The incursion from Turkey into the town and villages of Kessab in Syria, and the ensuing carnage, the reported killings, and the taking of Armenians as hostages, should be met with your condemnation and strategic plan of recovery, restitution and return.
We ask that you voice your support to our concerns in meaningful ways; we call for your intervention with U.S. allies in the region on our behalf and in support of the safety and security of the displaced Armenians of Syria in Kessab, Aleppo and beyond; and finally, we ask that you act with great urgency, conviction, and in a manner befitting the leader of the free world.

ash krikorian 2019-01-25 08:29:44
lol are you all for real? he is spending our tax dollars pushing the bombing for the last 3 years and you are going to call on him to stop it???? when did Hayer turn into such dumb fuks? is this why the Genocide happened? because of clueless people making ridiculous statements and moves?
GREGS 2019-01-25 08:29:44
you are asking the NATO to protect the Arminians fronm the NATO
Elizabeth 2019-01-25 08:29:44
DO Something about this MR. President, or you are a powerless. Help this people .
I Love My America-SVH 2019-01-25 08:29:44
WOW!!! Krikorian, you need to curb your language ! Wake Up !!! & Get Your Head Out of the Sand !!!...Obama is taking this country down BRICK by BRICK, & Creating an imbalance in the world stability.
ASALA 2019-01-25 08:29:44
I am sick of these statements.. I believe Armenians need to overthrow there idiotic leaders especially this moron who wrote this .. Obama doesn't care about Armenians or Christians .. These pests think only about the petrodollars and themselves. The only people who can help Armenians are only Armenians .. Have you not learnt throughout history that no country gave Armenia a help in hand.. Who saved us from the Turks ? NO-ONE . Armenian diaspora , the young generation need to form a militia .. One to defend Armenians from all over the world if things like this take place.
Mike 2019-01-25 08:29:44
Not so fast, you must be the dumbest person I have read a comment from in my lifetime. Those ppl have chose to live in hostile territories? those ppl were born there, and their great grandfathers were born there also and the only reason why they are being massacred and pushed away from their homes is because they are Christians. When you don't know for sure about something, don't embarrass yourself by writing ignorant statements.
Henry 2019-01-25 08:29:44
Like he gives a shit. He can't do anything because his bosses will not let him. He is not a president he is a Barbie doll.
anniekisso 2019-01-25 08:29:43
Obama Is powerless when working for the Saudi Arabian interests and not for humanity or peace or democracy, and never has.. As bad as the Syrian government can be, they would never have destroyed there people or country or heritage, people had a peaceful belonging with a great tradition that spans thousands of years, and they will never forget.
Notsofast 2019-01-25 08:29:43
Seems easy to ask American boys to sacrifice their lives these days around the globe... Perhaps these lawyers can take up arms and go sacrifice their own lives for those who chose to live in hostile lands.