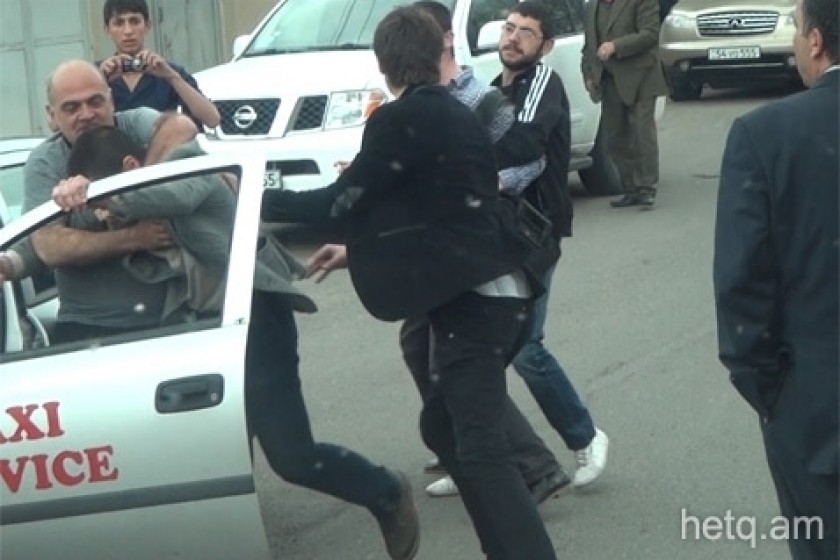 Hetq journalist Ani Hovhannisyan yesterday evening was questioned by Senior Gavar Police Investigator H.V. Mkrtchyan, who informed her in writing that on the basis of her report, a criminal case (No. 40101214) on grounds of RA Criminal Code Article 258 Section 1 ("hooliganism") was launched on May 18 , 2014, with the Gavar Police Department’s Investigative Division. An investigation is underway.

Recall, following a court hearing earlier this month in the case of Sargis Hakobyan, who is accused of assaulting his wife, a taxi driver who was driving Hakobyan's supporters from Yerevan to Gavar hit Hovhannisyan's video camera and threatened to track her down in Yerevan and kill her.

During the questioning, the investigator implied that the Hetq journalist provoked the taxi driver. "He said don't film me and you filmed [him]," Investigator Mkrtchyan said. In response, Hovhannisyan refused to continue her testimony, saying that the investigator has already established his position in the preliminary investigation phase. Mkrtchyan apologized to the journalist and asked her to respond to his questions.

Head of the socialist movement Robert Aharonyan and taxi driver Armen Ghevondyan who obstructed the journalist's work were also questioned in this case.

Earlier, police informed Hetq that the Gavar division is collecting material in order to criminally charge the taxi driver.