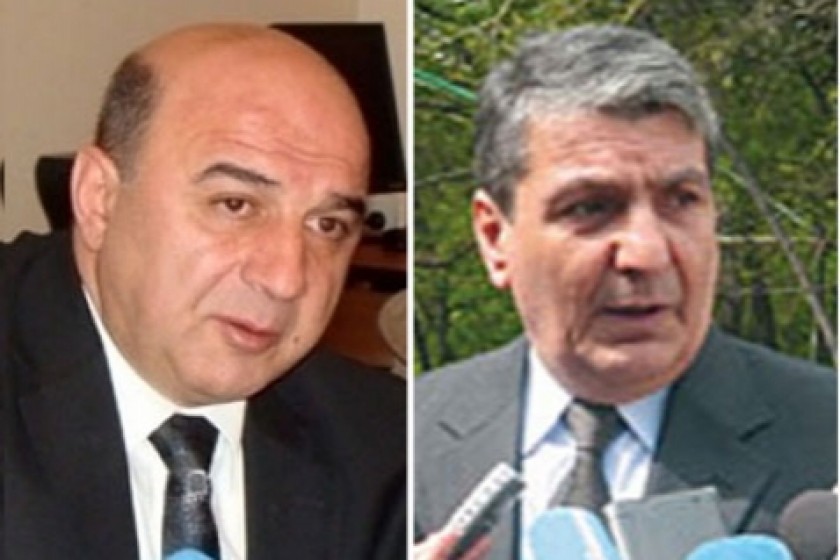 Yesterday, for political parties in Armenia (Heritage, Prosperous Armenia, Armenian National Congress and the ARF) published a 12 point list of demands that current government needs to implement by the end of this September.

Their sixth demand deals with the Nairit Rubber Factory and states:

Armen Movsisyan (photo left), who served as the Minister of Energy and Natural Resources for 16 years before being replaced in April 2014, is the prime player in the disappearance and embezzlement of the US$ 180 million loan that the Nairit plant had received.

He has yet to inform the public, let alone the government, that Rhinoville Property Ltd., once a shareholder in Nairit Plant CJSC, is now 90% owned by Nairit itself, and that all the debt of Rhinoville, which runs into the millions of dollars, has now been transferred to Nairit Plant.

Readers should note that on two occasions this year the Moscow Arbitration Court sustained two suits files by the CIS Interstate Bank in the matter.

In one case, the Court upheld the CIS Interstate Bank's claim to recover $25.2 million from Nairit Plant.  Another lawsuit by the Interstate Ban against Rhinoville Property Ltd. for $107 million was also sustained by the Moscow Arbitration Court.

Armen Movsisyan is now forced to confess that one portion of that loan belongs to Russia and that Armenia is obligated to pay it or else make yet another concession; that is if there is anything left to hand over to Moscow.

Based on a series of Hetq exposes on the matter, Armenia’s Prosecutor General started an investigation and sent the case materials to the police; to the anti-organized crimes division. After conducting a number of inquiries on its own, which lasted several months and included interviewing Interstate Bank’s representative in Armenia and former Nairit director Vahan Melkonyan, (photo right), the division sent the case to the Central Investigative Department.

In August 2013, in response to response to Hetq’s written inquiry as to where the Nairit case stood, we received the following from the Police.

“We wish to inform you that the Police Department’s Anti-Crime Division has rejected the Nairit case according to Article 35, Part 1, Point 2 of the RA Criminal Procedural Code.”

It turns out that the Police Department, in the person of Police Chief Vladimir Gasparyan,   opted to bury the matter, despite the existence of sound evidence that large amounts were laundered and illegally appropriated. By extension, Gasparyan also became a witting accomplice to the appropriation of the money.

In light of all this, the four political parties in question framed their demand incorrectly.

They should have demanded that the prosecutor’s office launch an inquiry as to why the police quashed the case, and why Movsisyan and Melkonyan haven’t been charged and convicted.