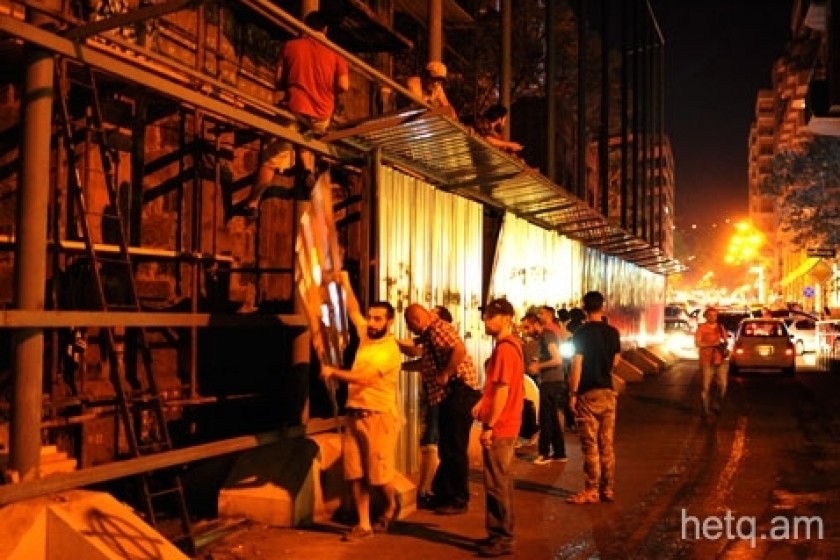 Letter to the European diplomatic missions to Armenia

Representation of the Council of Europe

Delegation of the European Union to Armenia

Embassy of the French Republic

Embassy of the Federal Republic of Germany

Embassy of the Hellenic Republic

Embassy of the Italian Republic

Embassy of the Republic of Lithuania

Embassy of the Republic of Poland

Embassy of the Kingdom of Sweden

Embassy of the United Kingdom of Great Britain and Northern Ireland

On behalf of “SOS Afrikyan Club Building” civic initiative we would like to draw your attention to the attempt by the Armenian Government of breaking the Convention for the Protection of the Architectural Heritage of Europe (Granada, 3.10.1985), ratified by the National Assembly of Armenia on 21.10.2008. According to Article 5 of the Convention, “Each Party undertakes to prohibit the removal, in whole or in part, of any protected monument, except where the material safeguarding of such monuments makes removal imperative. In these circumstances the competent authority shall take the necessary precautions for its dismantling, transfer and reinstatement at a suitable location.”

The Afrikyan Club Building is a unique late 19th-20thcentury structure listed among architectural heritage of national importance. According to N1616-N decision of the RA Government dated 7.10.2004, the Club building was subject to replacement. This decision, however, has lost its power after the ratification of the above mentioned Convention guided by Article 6 of the Armenian Constitution.

We are deeply concerned by the fact that since 2011 the Government of Armenia, particularly the Ministry of Culture, has been ignoring our pledges to act in line with its international commitments, therefore to annulate its decision about replacement of the monument and undertake the protection and conservation of the sight. Particularly, starting from June 9, 2014 the contractor agency started to dismantle the building.  Thanks to the efforts of a few dozens of citizens, professionals and media it hasbeen possible to abort the dismantling attempts so far. However, at any moment the dismantling may be re-launched. We are working in various layers: legal processes, awareness raising and public mobilization, all-day-long presence at the sight by shift, and other actions.

We urge you to act as guarantors of the respective European Convention, to closely monitor the situation and react accordingly. This could involve supporting statements and media interventions, negotiations, public political pressure, etc.

Thank you for your consideration. We look forward to your reaction at your earliest convenience.