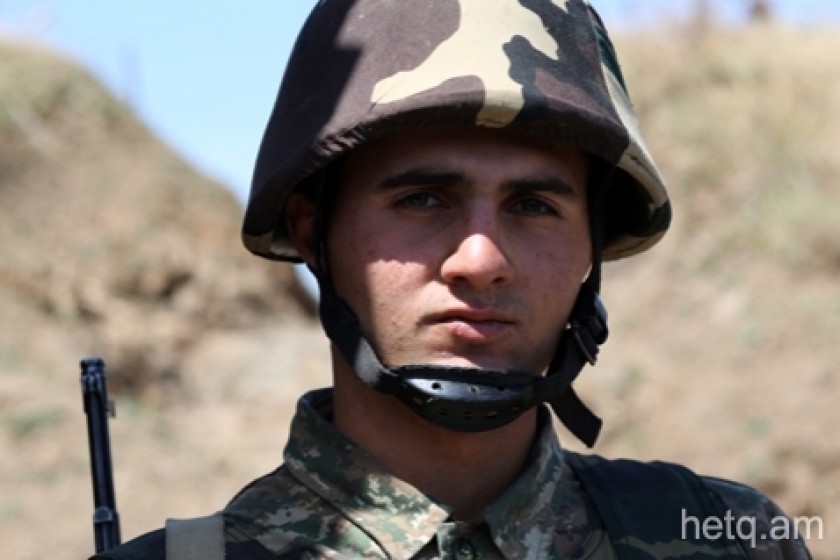 The "Old Guard" Returns to the Battlefield: Hetq Editor Reporting from the Frontline

Hetq's editor-in-chief Edik Baghdasaryan recently met with the defense minister of the Republic of Nagorno-Karabakh (NKR), soldiers and officers serving in Karabakh, who described the current situation. Baghdasaryan notes that the "old guard" has returned to fight alongside soldiers on the frontline.

On the road to the combat positions, the chief of a military unit describes that which has taken place at the positions under the supervision of the military unit. The positions are in the direction of Aghdam. Since July 28, the opponent has been attempting incursions at different sections along the entire length of the Karabakh-Azerbaijan border. They are waiting for the enemy along the entire length of the border. Azerbaijani troops have made a few attempts to invade in different directions. Most likely their commanders assumed that at least one of their various attempts would succeed, and they will have a "justification" for the several dozen victims they lost in recent days.

Currently, it's hard to comprehend what the opponent wanted to achieve against all the victims it lost.

Taking into account the weapons and kits confiscated from the enemy during this time, one can assume that the enemy brought "the best" to the border — the special units. One of the intelligence agents who took part in preventative actions says that one of the issues put forth to the Azerbaijani incursion groups was to take prisoners. He explains this by the fact that there were handcuffs and stretchers in the possession of the neutralized saboteurs. He is convinced that the main goal of all these groups was to take prisoners.

Why do they want prisoners? The only logical assumption is an exchange. Azerbaijani troops became active after a subversive group was discovered and neutralized in the Karvatchar region. Recall, one of the three members of that group was killed; the other two were captured. After that, the Azeris began to carry out incursions one after another.

The Saboteurs Who Penetrated Karvatchar

Clearly, this group was carrying out an important mission. Law enforcement agencies have not yet publicized the details; the men are being charged; and the investigation is still underway. What did law enforcement officers ascertain after interrogating the saboteurs; what was in their items, specifically in their video camera footage, that were seized? What did the investigations into those devices reveal? All this is currently a preliminary investigation secret. According to Hetq's source in law enforcement in the NKR, experts were able to recover footage that was shot with that camera and then deleted. And with that was proven that one of the saboteurs was an Azerbaijani national security officer.

Speaking about the series of incursions at the border beginning on July 28 and the arrested and killed saboteurs in Karvatchar are also army officers. They think that Azerbaijan is trying to do everything to get them back. One high-ranking officer in the Karabakh Defense Army says under no circumstances should these men be returned — they are murderers and must be punished according to the legislation of the Republic of Nagorno-Karabakh.

Describe That Which You See

Azerbaijan today is busy spreading misinformation, saying that Armenians suffered great losses. "This is their only weapon: to try to hide the real number of their victims with misinformation. But you can't hide victims — eventually they'll have to tell the victims' parents about their children," says the NKR defense minister.

Discussing the state of the combat positions, the defense minister says: "Go speak with the soldiers, the officers. Don't add anything [embellish]; describe that which you will see. Present soldiers also like that." 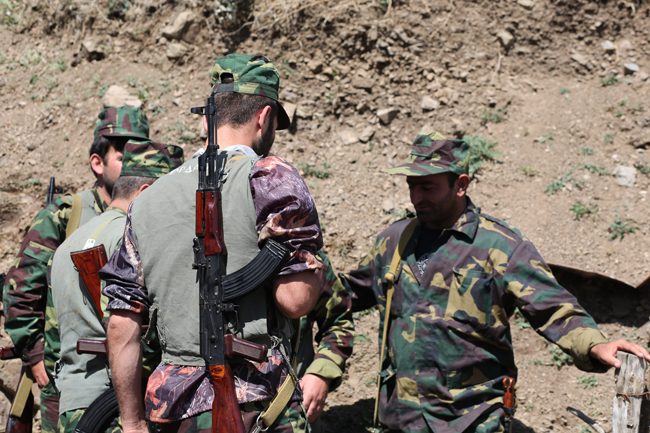 I met with the chief of one of the military units. There were four officers sitting with him. He was informed about my visit, but he didn't yet know what I wanted. I wanted to speak with the soldiers and officers who participated in preventative actions and had dealt with the incursions. The chief was surprised: "But we can't talk about that." I told him about the minister's permission. We agreed to meet with the intelligence agents at the positions the next day.

The "Old Guard" Does Its Job Tacitly

I saw the fighting boys that day along the entire Karabakh-Azerbaijan border. Already with greying hair, already bald, already paunchy. Without a call, without an order, they have come and stood by the soldiers and they hold the front together. The boys had gathered near the entrance to the military unit; many hadn't seen each other for a long time. Boarding the bus going to the Aghdam positions was a 72-year-old man — they barely managed to get the war veteran on crutches off the bus… Such a slight smile, such indifferent relief on their faces — I think, death won't even notice them. I don't know what will happen tonight, but they have returned. The "old guard" has returned to the battlefield.

I meet with war veterans at the Yeghnikner military unit. They say at night the Azeris made attempts to advance. "But we know how to repel them," says 52-year-old Mher Petrosyan, laughing. 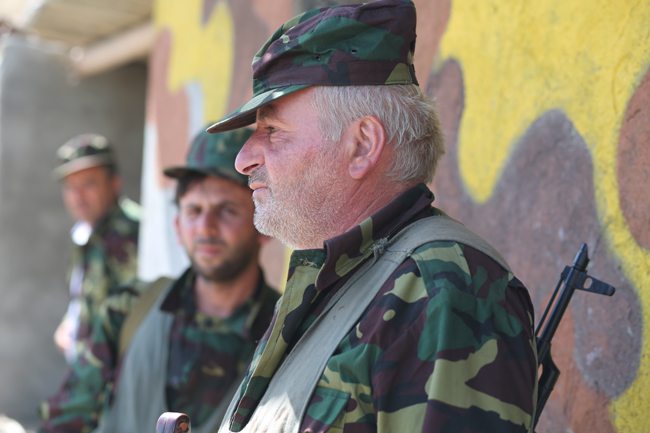 The road to the Yeghnikner military unit is again difficult to cross, and on the way back I again recall the officials photographed in military uniforms at the positions months ago; the English-speaking boys who want to take part in governing the country with parties; and those who studied abroad, who get scared from the smell of gunpowder and simultaneously speak about high values. Tomorrow I will meet with the intelligence agents.