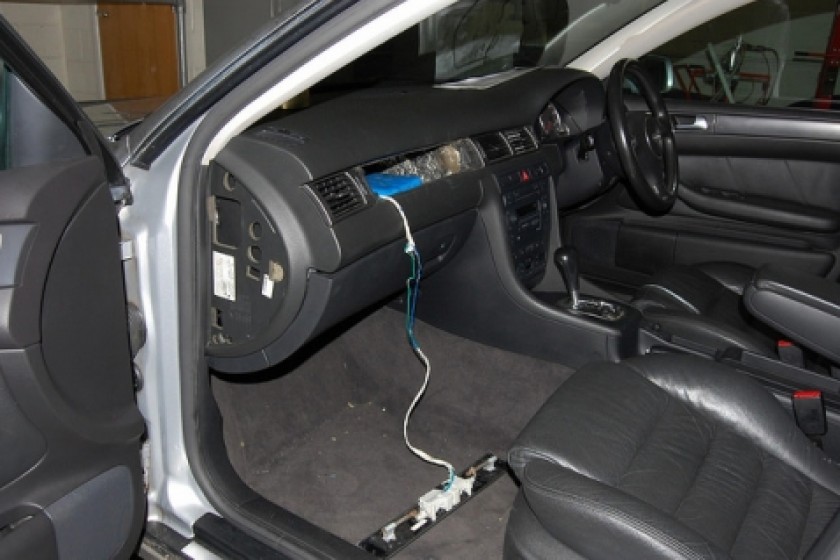 Three men have been sentenced to prison for conspiring to supply cocaine in England hidden in secret compartments in cars.

First caught was Aldi Zeneli, 31, who was arrested in Peterborough with a kilogram of cocaine in his possession in November of 2013, according to the National Crime Agency (NCA).

Police seized a Mercedes ML and an Audi A6 from Zeneli at the time of his arrest. The cars were registered in the name of Flamur Gashi, 34, of Southgate, London.

After Zeneli pleaded guilty and was sentenced to five years in prison on Jan. 21, Gashi asked for his cars back. Unbeknownst to Gashi, a forensic examination of the cars had revealed four kilograms of cocaine inside the dashboard of the Audi where an airbag should have been. Police had also found a hidden compartment inside the Mercedes’ fuel tank, but there was nothing in it.

After returning the cars, officers followed Gashi and Ervis Salaj, 29, to a location in Enfield and arrested both when they tried to retrieve the cocaine.

Both Gashi and Salaj pleaded not guilty but were convicted and sentenced to 12 and seven years in prison, respectively.

The NCA said the three men were members of an Albanian organized crime group and estimated the five kilograms of cocaine seized to be worth approximately US$ 1.3 million.

Members of Albanian organized crime groups have been involved in drug trafficking across Europe, and involved in a number of recent arrests in Italy. In February, Albania’s minister of the interiorwrote a letter urging increased international cooperation in fighting organized crime.