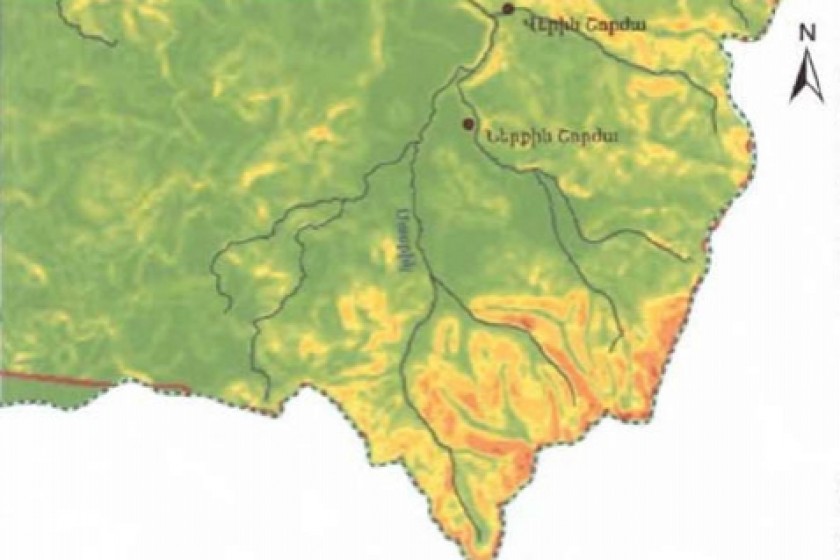 Armenia’s Ministry of Nature Protection has given the green light for International Gold to conduct geological studies around the Tzarasar goldfield in Armenia’s Gegharkounik Province.

The area in question is 7.5 kilometers southeast of the Verin Shorzha village and 20 kilometers from the town of Vardenis on the shore of Lake Sevan.

Mher Simonyan, the sole shareholder of the recently established company, also serves as its director. Simonyan represents several international mining concerns in Armenia. He also served as director of Aratta Mining which conducted exploratory studies in the regions of Verin Shorzha, Koghasar, Jil Aregouni and Makenis.

Simonyan is also represents the legal affairs of Eurasia Metals Corp. in Armenia. Alluvial Gold Mining, a company it spawned, will carry out geological explorations at the Masrik gold field in Gegharkounik Province. 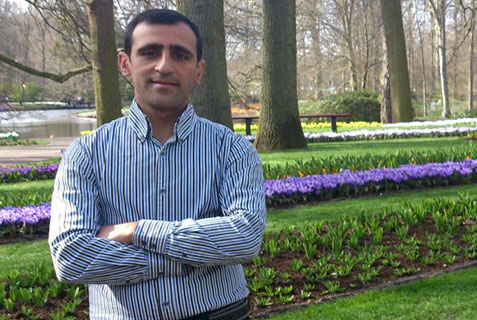 What are your plans for Tzarasar?

The Tzarasar area was formerly burdened with exploratory permits by many operators. The area is a very interesting location and international investors have shown an interest.

According to your estimates and statistics compiled in the Soviet period, what are the reserves there?

The Soviet numbers are quite varied. Reserve estimates are noted from 3-10 grams per ton. Such figures are quite high. The issue is that the area is located in difficult terrain. The project demands additional expenditure for technical work. Any expenditure during the exploratory stage is risky. Any investor attempts to minimize costs that are hard to recoup later on. If we look at the trend of launching metal mines in Armenia we see that one or two are operated every ten years.

In what administrative district will the mine be located?

It will fall within the borders of the Akounk community but it’s at least twenty kilometers distant from the community. The community doesn’t use the location. 30-40% is atop the mountain. The operation will be carried out in an area that has no social or environmental value.

They are community lands that were leased to Armenia International Gold, the company that was formerly carrying out studies. That company has allowed us to carry out studies there.

Their exploratory license expired in June 2014 and they didn’t do anything in the Tzarasar area. Local residents will be employed for non-professional jobs. For exploratory work usually 8-10 people are hired. Around 250 million AMD (USD 522,000) will be invested. We haven’t received a license as yet even though we applied back in November.

There’s a huge bureaucracy in Armenia. It takes months just to get one document. It’s absurd. Our work is of a seasonal nature. If you get a document at the beginning of the winter you have to wait until the spring to work.

You either have to pay your employees in the meantime or tell them to wait. Naturally, there was some dissent. Then the environmentalists showed up. They couldn’t make up their mind about what they wanted. Did they want to live in a pristine world but go hungry? Did they want the best of both worlds? Do they think that America became what it is today without mines? Now America is solving its serious environmental issues.

Is the desire of environmentalists to have a clean Armenia a bad thing?

What the environmentalistswant is merely a matter of time. Right now, there can be no clean Armenia. What resources do we have except for mining?

On the other hand, foreigners come to Armenia and consume the country’s resources. They leave huge holes and debris dumps in their wake.

International investors come to Armenia, spend money on carrying out studies, and then we do not issue them licenses to operate the mines. We send them home. Another investor arrives, carries out studies in the same area, and we send them home as well. The same thing happens to a third outside investor. In the end, either an Armenian runs the mine or doesn’t.

This is the reality. International investment was also made in the Tzarasar mine back in the 1990s. Has the mine ever been operated? I will again conduct a study of the area. As far as I understand, that’s the unwritten procedure in Armenia to protect ones investment.

In the past you served as a director of various mining concerns and now you own one. Why the change?

Since 2013 I’ve been collaborating with various international bodies investing in the mining sector. Through my auspices, around 650 million AMD has been invested in Armenia since then. This activity has resulted in 120 million in taxes paid and more than 150 million in wages.

Investors have taken an interest in Armenia’s mines after their experts have conducted exploratory studies. Certain mine fields, which have licenses but whose deadlines have expired, are up for grabs. Taking into account the willingness of international investors I decided to arrange for the mining rights of these locations. I already have a cooperation agreement with investors who are ready to invest in exploratory work. There are several project locations in Armenia that are of great interest to investors.

First, Armenia is rich in metallic mines. Second, on international standards, there are high probabilities for profit after the mines are launched. Third, we are the country with the most favorable conditions in the region given our strong links with Russia. European nations are trying to strengthen their position in Armenia in order to have levers in the region.

International investors envisage 1-2% profit annually on their shares. Have you ever seen such a thing in Armenia where profit is only 1-2%? Of course not. Buy for them such numbers are big and that’s why they come to Armenia, without knowing the challenges and without figuring in the taxes they have to pay.

Who are your investors?

They are varied, but mostly from Europe. I have no Russian or American investors. But there is great interest being shown by American and Canadian investors and they have contacted me with offers of cooperation on the project.

Will local investors participate in the project?

I have a preliminary agreement with one of my international partners according to which they are ready to invest US$800,000 in the project. Later on, as work proceeds, it is possible that there will be other investment offers or that the investor I have noted will back out. Who can say? The investment organization is registered in Cyprus.

Is your interest and that of you investors confined to mines in Gegharkounik Province?

Tzarasar is the second project in the Vardenis area. The other projects have no connection to Gegharkounik. They were in Vayots Dzor, Syunik and Kotayk.