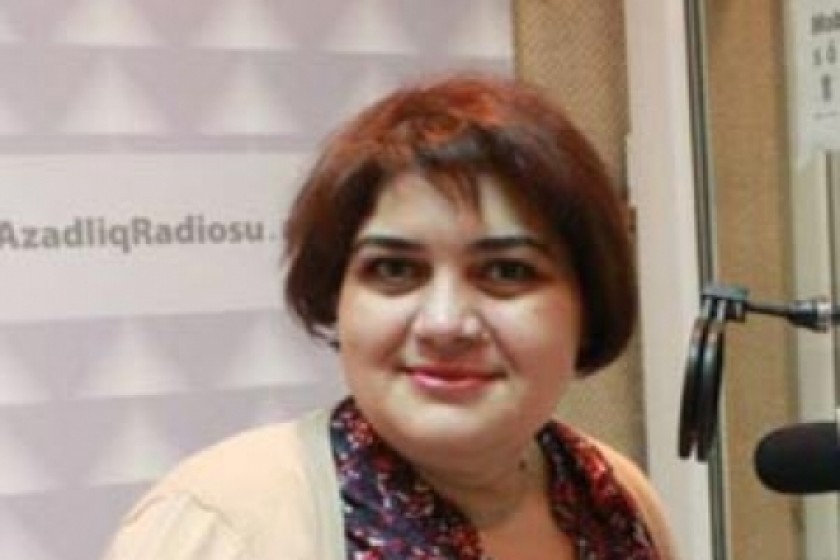 The investigative journalist Khadija Ismayilova, who was jailed in Azerbaijan in December, will be awarded the PEN American Center’s prestigious Freedom to Write Award.

In a press release, PEN executive director Suzanne Nossel praised Ismayilova as “irrepressible”, saying: “Khadija Ismayilova knows no fear. Again and again she has unearthed and exposed stories that have cast a harsh light on widespread corruption and self-dealing at the highest levels of the Azeri government.”

Ismayilova has been held in pre-trial detention since her arrest last December.  She was initially charged with inciting a former colleague to attempt suicide, an allegation her accuser has since withdrawn.

Since the start of her detention she has been hit by a slew of new charges, including running an illegal business, tax evasion, embezzlement, and abuse of power. She denies the allegations, and dismissed them as “ridiculous” in a letter penned from jail.

Her detention has been widely condemned by international watchdogs and observers, who claim the case against her is “politically motivated”.

Ismayilova’s case is not isolated. According to Amnesty International, there are now thought to be 98 political prisoners in Azerbaijan, including dozens of other journalists, human rights activists and government critics. RFE/RL reported today that reporter and activist Rasul Jafarov has been sentenced to six and a half years in prison on charges similar to those faced by Ismayilova. Jafarov was arrested last summer after planning a campaign to draw attention to human rights abuses in Azerbaijan in the lead-up to this June’s European Games, which will hosted in the capital, Baku.

According to the Guardian, Azerbaijan has spent more than US$ 9.7 billion on sports arenas and infrastructure to prepare for the first ever European Games, which will host 6,000 athletes participating in 20 different sporting events.

PEN recently partnered with prominent American sports journalists to write a letter to the International Olympic Committee (IOC), calling for closer observation of principles laid out in the Olympic Charter regarding freedom of the press. In the letter, the group of dozens of writers and journalists urges the IOC to put pressure on the Azerbaijani government to end a recent “crackdown” on dissent.

The PEN/Barbara Goldsmith Freedom to Write Award will be presented at the PEN Literary Gala in New York City on May 5. The award will be accepted on Ismayilova’s behalf by fellow Azerbaijani journalist Emin Milli, who spent 17 months imprisoned in Azerbaijan in 2009 and 2010.