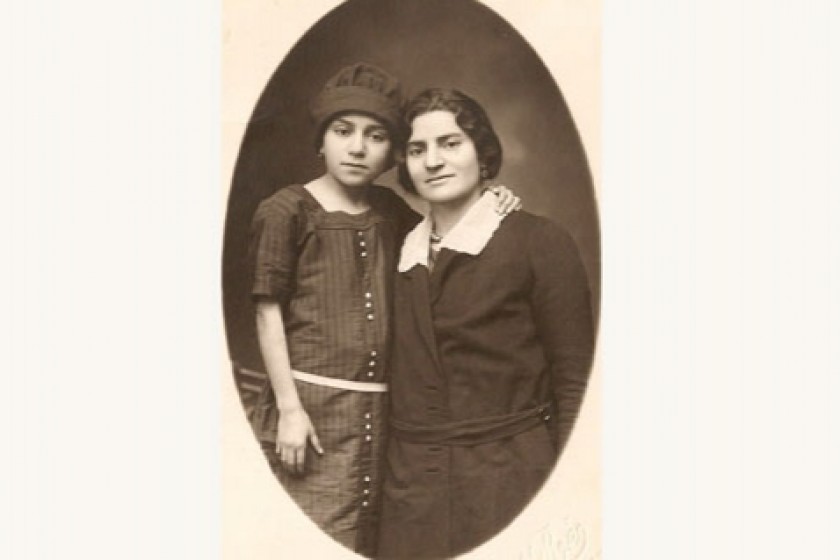 Notes on the Centennial

For several weeks now I’ve been trying to put into words what the centennial of the Armenian Genocide means to me personally, and how I am either directly or indirectly affected by that holocaust. Would I have existed had the Genocide not taken place? Is it possible that my grandparents would have met regardless and given birth to my own parents, who in turn would have met either in Western Armenia or in the United States?

Obviously, there is no way of predicting destiny and it arguably may be a foolish exercise to even ponder the probabilities of outcome. Perhaps I am being naïve in stating that yes, I do believe I would have been born into this world right around the same time 43 years ago. It is extremely likely that both my grandparents on my mother’s side for instance would have wound up in America. My great-grandmother’s sister, Teriz Echmelian, had already ventured to Providence, Rhode Island all by herself, a rebellious act in those days, and so had the uncle of my grandfather—his father’s brother—having settled in Cambridge, Massachusetts. My great-grandfather Nishan Guetchudian moved back to Yegheki in the Harput province leaving his home and occupation in Connecticut behind in order to marry my great-grandmother Haigouhi—his brother had sent him a photograph of an attractive, prospective spouse. Since he already had a taste of what life was like in America, he’d eventually heed his calling and move his family back with him. So it was inevitable that the two sisters and their families would have been reunited in the New World.

My grandfather Hagop Rousyan (actually spelled “Russian”) had already been orphaned before the Genocide and was living on the streets, surviving on a diet of grass and weeds and toiling in odd jobs. Nevertheless, he was certainly impacted directly by the after-effects of genocide since it was impossible for him to return to his village of Sousoury, which incidentally was situated next door to Yegheki. But since his uncle had already found his way to New England, I presume he most certainly would have followed.

My grandparents on my father’s side met in Aleppo, and there was about a 14-year age gap between them. Garabed Adanalian was born there, while my grandmother Luciné Mahakian and her entire family fled Urfa. Meanwhile, Aleppo was an ancient, attractive cosmopolitan city with opportunities abound, and there was certainly an Armenian community already flourishing there since the 11th century. In all likelihood, had there not been a genocide they probably would have wed since marriages were arranged in most instances.

My father expressed his conviction to me while growing up that the Middle East, meaning the chiefly Arab countries, were simply a depot for Armenians as they had no place living there long-term due to the cultural and religious imbalance. Thus, I am certain that, one way or another, he would have found his way to the Boston area since he had contacts already residing there and was on a quest for freedom from a world with which he could never identify.

Since I do believe that the concept of destiny is defensible, I am able to separate the events of 100 years ago from my identity as an Armenian and, more importantly, as human being. Having said that, my stance on destiny does not obstruct my obligation to contend with the past and somehow fathom the horrors my grandparents were made to endure. I’ve had to confront my people’s past for decades, at various times in intense scrutiny. Only recently have I begun to probe the details of the plight of my maternal grandmother, Clara Movsesian Russian, who turned 100 years old in October and still resides in her home of 70 years in Arlington, Massachusetts.

Nevertheless, I have never found myself obsessed with genocide and the need for politicians and presidents to acknowledge the holocaust of the Armenians as genocide. But each year I anticipate that the US President will officially spurn the intimidation of the Turkish government and its billion-dollar industry of denial. Like thousands of other Armenian-Americans, I can’t wait for the annual written statement on the occasion of April 24th to be released by the Oval Office, only to be disappointed year after year. But I never lose hope that perhaps the following year the president will finally use the “G-word.”

But what would change if he did? When will the Turkish government succumb to its perceived legitimacy of denial and subsequently bring the Armenian Genocide to an end once and for all? Would reparations eventually follow? I’ve never been able to guess the outcome. Perhaps the Armenian Genocide will cease to matter to the world in 2016, and Armenian-Americans may begin to lose hope that their president will ever properly acknowledge it. I simply don’t know what to think.

Unmistakably, the visit of the Kardashians to Armenia in April followed by the Pope’s public acknowledgement of the Armenian Genocide generated a worldwide fervor. The topic of the Armenian Genocide is being used as a direct way to spur business for media outlets.  Everyone is talking about the Genocide, it has never received such attention on a mass scale since awareness was first spread about it 50 years ago. The magnitude of the worldwide attention, fueled  by the numerous reports appearing in the New York Times, the Washington Post, the Guardian, the Independent, the Daily Times and myriad other widely read publications with millions of followers, not to mention the miraculous social media outlets like Facebook and Twitter, is unequivocal. The buzz that has been created is staggering, even overwhelming.

It’s important that we separate the glamour, the Botox, the protruding bosoms and behinds, the haughty Hollywood lifestyle from the humanity of the Kardashians. Their visit was met with cynical remarks in social media. Some of my friends have been critical, believing that their visit has only cheapened or undermined the Armenian cause with all the ruckus. I cannot disagree more. They are human beings. They are connecting with their roots. They didn’t have to travel to Armenia for the centennial; they could have stayed home. They certainly didn’t need the publicity. And the Armenians have not lost anything. They instead should be proud that awareness of the Genocide and the Armenian nation for that matter has been placed under the spotlight. Average Americans now know where Armenia is located on the map, and they are now aware of the inferno in which the first Christian nation was engulfed 100 years ago. That’s something to celebrate ardently.