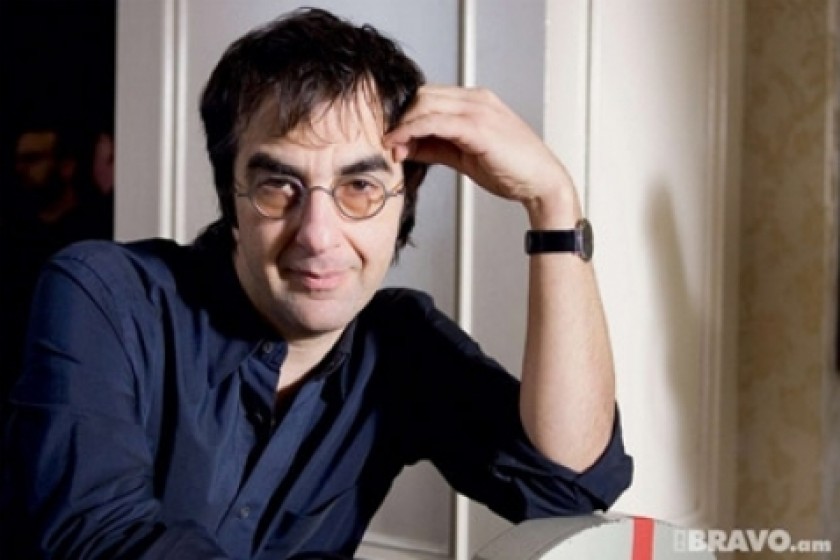 The following is adapted from a speech delivered outside the Ontario legislature in Toronto, marking the centenary of the start of the Armenian Genocide on April 24, 1915.

One hundred years ago, my grandparents could never have imagined the calamity that would befall them. They watched in horror as their lives were ripped away, as their families were murdered before their eyes.

The next hundred years would see an unfurling of atrocities the likes of which humankind had never before experienced — state-orchestrated murder on a scale unimaginable before the toxic combination of modern science, sophisticated weaponry, and twisted ideology. We can now understand that the Armenian Genocide should have been a warning call.

And for a few years after the extent of this horror was revealed — when it was understood that the Armenian race had been eradicated from their ancestral homeland, when it was understood that what the world had read in its newspapers was indeed the first widely reported example of genocide in history — it seemed that this atrocity had some bearing.

Then, as the monumental reserves of oil in the former Ottoman Empire were suddenly made available, the Western powers abandoned the issue of justice in their race to find favour with Ataturk and the Kemalist regime. The lessons of the Armenian Genocide were soon forgotten.

It was the fact that these massive crimes were committed without punishment that helped inspire the Nazis to think it was possible, under the cover of war, to exterminate an entire race — to commit an act of genocide with impunity.

We now understand that many of these German officers who observed the Genocide were later key members of the monstrous team that aided in the design of Hitler’s Final Solution. We know that Hitler himself made reference to the Armenians — to the disappearance of the Armenian Question — in justifying his own barbarities.

A report from the German consul in Aleppo to his Reichskanzler at that time would conclude by stating that the Turkish government would never “be able to deny responsibility for all that has happened.”

As Armenians, we are often quick to point out that the Genocide was committed by the Ottoman Turks. A century after this virulent denial, why are we so careful about this nomenclature? I believe that we have been careful not to mention Turkey because we want the current state to have a way out. To say that the decision to eliminate our ancestors was confined to this moment of history.

Today, 100 years after the horrible events of April 24, 1915, let us no longer obfuscate. When the invitation comes from the Turkish Prime Minister, as it did earlier this year, to “contribute to a new beginning” and to believe that “Turkey shares the suffering of Armenians,” let us be clear.

Turkey cannot share the suffering of Armenians — nothing it has experienced can compare to this catastrophic loss. It can try to understand it. It can feel sorry about it. It can apologize for it. But that nagging little word — “IT” — is precisely what Turkey has refused to acknowledge.

No Turk alive today can be held directly responsible for the crime of Genocide committed by the Ottoman Regime. But with each passing day that the current Turkish state denies this atrocity, it is committing its own catalogue of horrors.

This has exacerbated the pain of Armenians and — in its own way — created a different kind of pain for Turks today. The pain of not being able to express a true and complete sense of compassion. The pain of seeing a fellow human being suffer, and not fully understanding — at some deep level — how actions are contributing to that suffering.

True compassion — true healing — can lead to the revelation and disclosure of truth and humanity. But we must also understand that compassion cannot exist if one’s energies are used in any way to conceal and deny.

This is certainly at the heart of the Turkish pain.

As Pope Francis said last week, “when memory fades it means evil allows wounds to fester. Concealing or denying evil is like allowing a wound to keep bleeding.”

In his book The Inconvenient Indian, the great Canadian First Nations scholar Thomas King makes the disturbing point that perhaps human beings don’t mind killing each other as much as we think we should.

In particular, contemporary history has demonstrated that we don’t mind killing people we don’t like and we particularly don’t mind killing if it can be done at a distance and out of sight. And killing, continues King, is especially acceptable if the slaughter can be attributed to a defect in the victims or to a flaw in their way of life or to an immutable law of nature. Or all of the above.

“How fortunate it is,” King concludes, “to have so many excellent ways of killing people without getting one’s hands damp.”

One hundred years ago, the Armenian nation was devastated in the most brutal and violent ways. Hands were not simply damp, they were soaking in blood. Today the violence continues through virulent State denial. This denial — the pain it causes — might in fact expose a certain vulnerability in the Armenian soul.

Armenia was the first country to accept Christianity as a state religion. But this defining ethos — our Christian faith — has placed on us a heavy responsibility to forgive. But in order to properly forgive we need to sense a genuine remorse in those we are asked to forgive. We need a clear and unequivocal apology. And while many of us here today have encountered the honest and very human sense of solidarity with certain individual Turks, we are caught in a strange bind.

How can we move forward, how can we embrace these righteous individuals when they are such solitary voices against the distorted and richly embroidered tapestry of entrenched state denial? What do we get out of acknowledging their pain? Don’t we somehow make ourselves more vulnerable in the process?

There is absolutely no doubt about the irrefutable fact of the Armenian Genocide. But today, a century after this event, we are still asking what has been the inheritance of those tortured and murdered a century ago.

And on these steps, as we walk towards the centre of this magnificent city, I ask you to remind yourselves of their enduring legacy.

A hundred years ago, our culture was nearly decimated. A hundred years later, we are strong. We are united. We are determined. Determined that justice will prevail. And determined that we shall use our experience — as Armenians — to seek justice for those around us.As we walk through the streets of Toronto, let us cherish that we live in a country that has acknowledged our pain, a province that has long recognized our calamity, and a city that has embraced our talents and our contributions.

Compassion leads to the revelation and disclosure of truth in all of its interconnectedness and devastating elaboration. And compassion cannot exist if any of its energies are used to conceal.

With recognition, with respect, with reparation, we can begin the process of healing.

Atom Egoyan is a Toronto filmmaker.