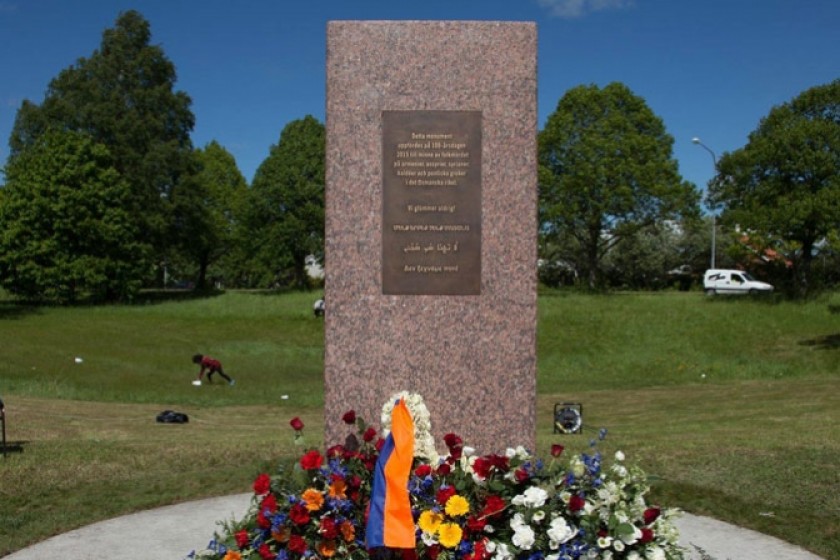 When serving as a MP in the Swedish Parliament, Murad Artin, from the Left Party in Örebro, initiated the process to get Sweden to recognize the genocide of Armenians, Assyrians, Syriacs, Chaldeans and Pontic Greeks in the Ottoman Empire.

“The Left Party in Örebro and I proposed a motion of a memorial in 2007. Many years have passed, but it is a great honor to participate in the inauguration of the memorial,” said Murad Artin who is of Armenian origin.

Murad Artin 2019-01-25 08:30:03
Comment...Swedish parliament made a decision on the recognition of the genocide of Armenians, Assyrians, Syriacs, Chaldeans and Pontic Greeks in 2010. The old bourgeois Swedish government has not taken a decision on that issue. The new red-green government access in October 2014 is discussing the question of how to realize the parliamentary decision on the recognition of the genocide of 1915 so that it becomes government policy. The decision comes shortly. Best regards Murad Artin
ARA BALTAZAR 2015-06-24 14:51:23
Dear Mr . ARTiN , I really appreciate your answere to Mr.Tan .They should know that Turkey is losing its war on the truth. It will soon have to confront its past and do right by the the descendants of survivors. As MARTiN LUTHER KING once remarked ' The arc of the moral universe is long but it bend towards justice '. Some day soon our ancestors will be remembered with the dignity and respect they deserwe. NEVER FORGET 1915 .
ORHAN TAN 2015-06-02 12:59:41
How about the recent decision of Swedish Government which declares parliament’s 2010 decision as null? Isn' t it interesting that Governor of Örebo County Maria Larson and City Council President of Örebro Agneta Blom are not aware of the Swedish Government decision???