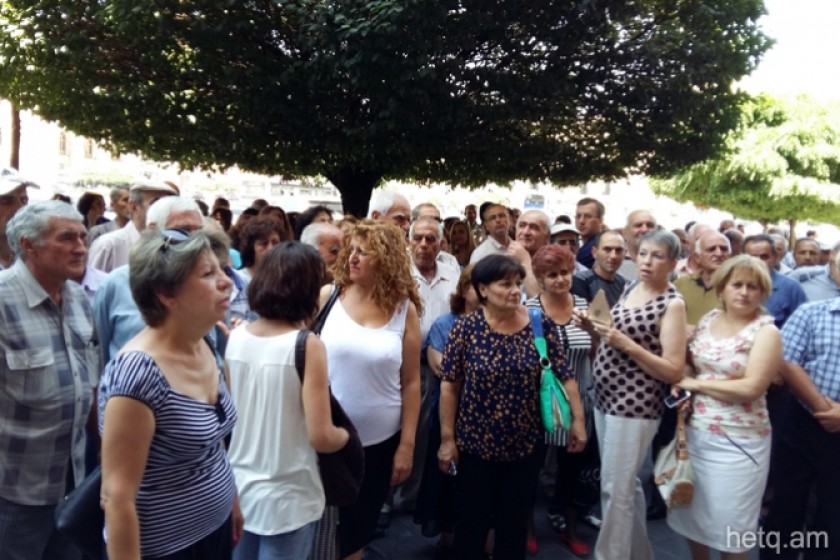 Several hundred disgruntled Nairit chemical plant workers again demonstrated in front of the Government Building in Yerevan demanding that they be paid back wages owed them.

One demonstrator, chemical engineer Anahit Manukyan, told Hetq that only 600-700 of the plant’s 2,270 employees had been paid as of yesterday as promised.

“They told us to sign a contract, which was very demeaning, but we signed nevertheless because each employee is being blackmailed. They told us that if we didn’t sign, we wouldn’t get paid. People need that money so they signed. But they still haven’t paid us. Today we are asking why are they deceiving us yet again,” Manukyan said.