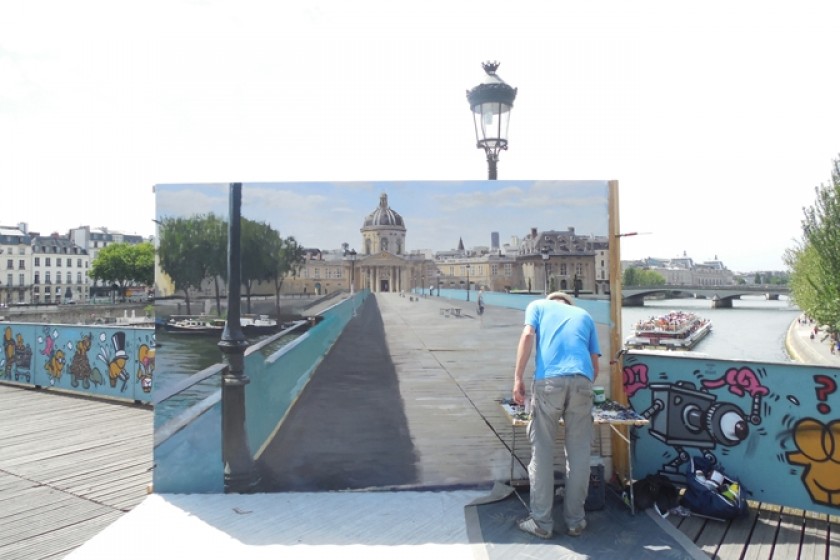 The Platform to Introduce New Interviews with Artists on Ongoing Basis

Artists at War – offering testimonies of creative minds affected by brutalities of our times – today announced a new multi-media platform dedicated to bringing first-hand interviews with artists living in war zones, or displaced due to political conflicts, waging their own wars with their art.

The project is inspired by two major events that took place in 2015: The worldwide commemoration of the 100th anniversary of the Armenian Genocide - last century’s first ethnic cleansing when 1.5 Armenians were annihilated and hundreds of thousands of Armenian refugees were forced to flee to neighboring countries, and the onset of the worst migration crisis since WWII, with the exodus of 60 million refugees and displaced individuals worldwide.

In its “It all Started Here” page, Abramian pays tribute to artists Berj Kailian and Sam Bak, survivors of the Armenian Genocide and the Jewish Holocaust respectively.  Abramian considers Kailian and Bak as pioneers of Artists at War, as their art focus on giving voice to the unspeakable crimes of humanity.

“The stark, painful dichotomy in today’s war-torn regions of the world brings to light the obvious unlearned lessons of our history,” Abramian said.  “As a descendent of the Armenian Genocide survivors, I’ve heard too many times the “never again” slogans uttered by world leaders, only to witness orders of new wars signed into action. Artists at War makes audible the unheard voices of artists living in war zones - and at war armed with their art.  It offers stark details of altered lives of millions of ordinary citizens who never participated in declaring wars but inadvertently became front line victims.”

About Artists at War

Artists at War is a multi-media site of interviews with and views of artists living in war zones, or as war refugees from conflict zones, exiled into adopted countries, waging global art wars to make audible the fears, horrors, and plights of oppression, ethnic cleansing, and tyranny.  The site is created by author Jackie Abramian, whose previously published books include interviews with contemporary Armenian artists, and exiled artists living in the U.S.  For more information visit: http://www.artistsatwar.net/home.html.

To learn more about Artists at War visit: http://www.artistsatwar.net/ join the conversation on Facebook or contact the site’s founder and creator, Jackie Abramian Jackie@artistsatwar.net .