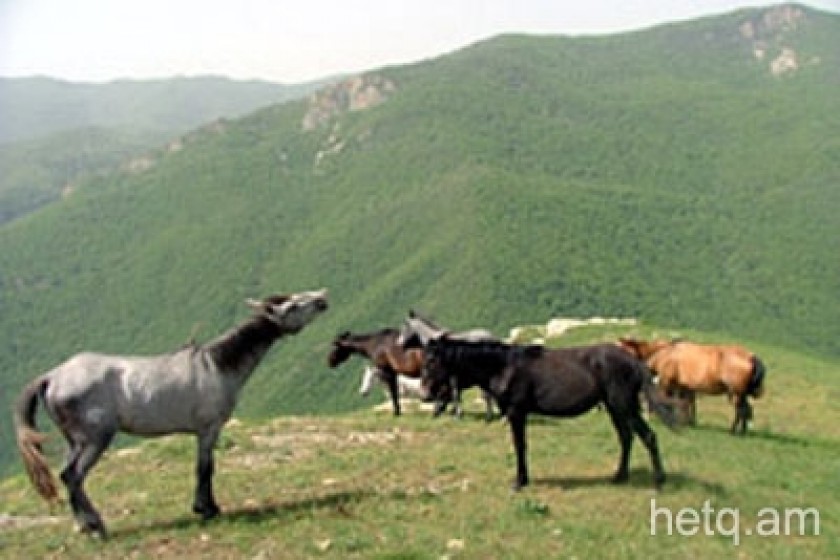 On That Side of the World

Little Gevorg and Elya have only two books – The Liar, which is an Armenian folktale, and an anatomy textbook.

They also have a doll with broken arms. They got the folktale as a gift from graduating schoolchildren on the last day of school in the neighboring village. Nobody remembers how the anatomy textbook ended up in their home.

The folktale is not of much interest to the children. According to them, “There are only boring pictures in it.” But the pictures in the anatomy textbook are interesting. One photograph, which shows the correct way to put on an oxygen mask, has been interpreted the following way by Gevorg – “Uncle is drinking gasoline.” 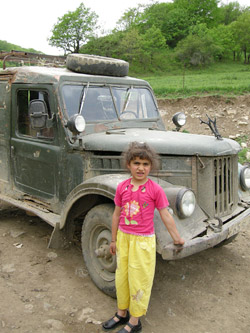 Five-year old Elya will be starting school next year. Her nativevillageofKaraglukh, which the residents call Karout, has a population of only three families and no school. She will be forced to walk two kilometers through the forest to a school in the neighboringvillageofShalua. Shalua has eight houses.

Karout in one of the village in the northern parts of the Kashatagh region in Nagorno Karabakh. The villages are populated by deportees fromAzerbaijan, citizens ofArmeniawho resettled there after the Karabakh war through the state repopulation program, and locals who returned after the war.

Before the war, Kashatagh was considered Azerbaijani territory. Since the war, it lies within Karabakh's administrative territory. The people of Kashatagh say that they consider themselves lost – neitherArmenianor Karabakh cares about them.

Roads from the regional center of Berdzor lead to the various villages, with broken-down houses visible everywhere. But calling them roads is a bit generous – they are narrow stretches of land through the mountains which not all cars can navigate. Steep cliffs lie on one side, while the other side is a sheer drop to the valley. Once a month, a Kamaz truck goes from Berdzor to the northern villages, carrying food and other items.

There used to be a bus to Shalua. Villagers from neighboring areas would go to Shalua, where they would take the bus to Berdzor, which would also take them back in the evening. Now, those few residents who have cars have to pay around 7,000 drams for gasoline to get to the city. Ruben Aghavelyan, Gevorg and Elya's father, has a Vilis. It is not only surprising that the car is still in working condition, but that it can also handle the rocky roads. 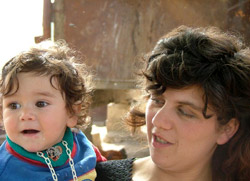 We took a woman named Lilit with us from Berdzor to the village of Drakhtik by car. Her child had received treatment for pneumonia in the Berdzor Hospital. Lilit had three options to get to her village – she could have waited for the Kamaz , she could have hoped that one of the villagers going by car would pass by and pick her up or she could have walked 50 km with the child in her arms. Arsen, Lilit's brother, had come to the hospital to visit and left for their village on foot the previous day. When we got to Drakhtik he had not yet reached home.

The end of spring is the best time of year here. The summer sun is too hot, and the road is treacherous during the winter.

There is no electricity in the northern villages of Kashatagh. People have been living in these conditions for the past twelve years. A hydroelectric power plant has been constructed in Shalua, but it isn't working. The villagers are busy all day in their vegetable gardens or tending to their livestock. They gather in the evenings around the hazy light of a kerosene lamp and exchange news, although nothing happens here for weeks, and each day is like the previous one. Sometimes they play chess or backgammon until nightfall.

The villages in the north are being emptied out – 13 villages have been dealt this fate over the past four years. There are many villages where only two or three families live. The vast majority of the villagers deal in animal husbandry. Women and children gather bokhi , a bitter herb, which they then conserve in jars and sell. The herb grows mainly on the cliffs, so there is always the risk of falling or being bitten by snakes.

The villagers say that if there were electricity and the roads were normal, nobody would think about leaving. The soil here is fertile and pastures are plentiful. 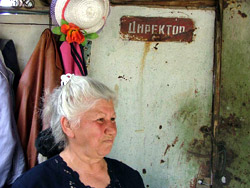 Siranoush Karapetyan lives in Karout with her son, daughter-in-law and three grandchildren. She moved here from the city ofAbovyan in 1995. She said that both she and her son's family considered Karout their home. “Everything has grown expensive in Abovyan, life is difficult there. Here, at least we can rear animals,” she said, “If they would create the most basic of conditions here, nobody would leave.”

If there were phone lines, they would call each other and communicate more. A man in one of the villages said that his wife could not attend her parents' funerals because she had not known they had died.

If they had televisions, they would not feel cut off from the rest of the world.

Our digital camera caused the children endless joy. They would love to have their picture taken, then would run over and say, “Let me see myself on television.”

“Do you know what television is?” I asked little Lilit.

“It's something that shows movies and other programs,” she said. Her parents had taught her to say that.

Gevorg and Elya's elder brother had been sent toYerevan, to stay with relatives and go to school there. The children's parents had resettled here fromYerevan. When the boy's aunt turned on the lights at her apartment inYerevan, he clapped and – thinking that the lights were candles – said that they were going to eat cake. He was seven years old and was seeing electric light for the first time in his life.