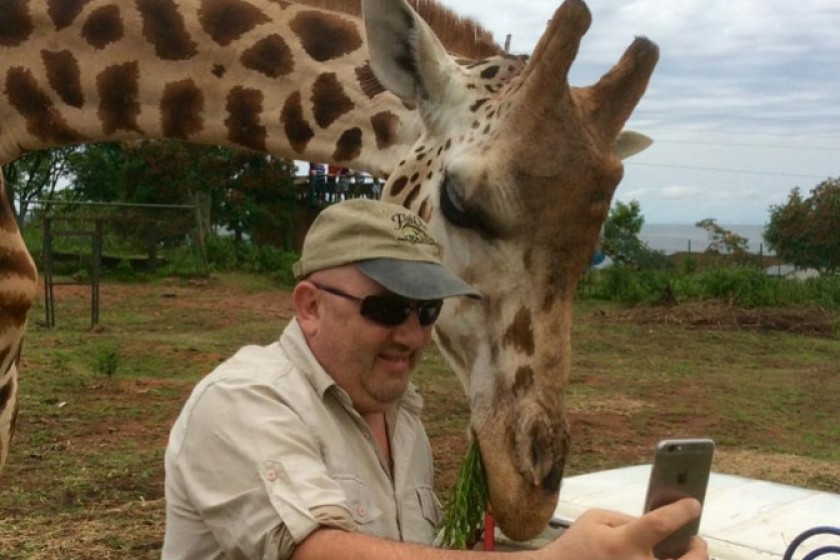 A Hetq source from Tanzania reports that a charter airplane that was supposed to transport 500 monkeys and other animals to Armenia has been seized in Tanzania.

Tanzanian law enforcement seized the AN-26 airplane due to questions as to whether the cargo is legal or not.

The Citizen, a Tanzanian newspaper, has confirmed the above. On Wednesday, the brothers Artyom and Edward Vartanyan were arrested at Kilimanjaro International Airport when they tried to transport 61 monkeys out of the country.

The brothers presented the export permits for the cargo, but the permits were issued contrary to a ban imposed by the Minister for Natural Resources and Tourism Jumanne Maghembe on March 20, 2016.

“We are holding them because although the permits were issued by the ministry, they are invalid on the strength of the export ban,” Kilimanjaro Regional Police Commander Wilbroad Mutafungwa told the newspaper, adding that there was no release order from the Tanzania Revenue Authority as demanded by the law.

Minister Maghembe told The Daily News, another local paper, that the plane had been leased in South Africa. The pilot is also under police custody. The minister said that 450 animals were supposed to have been smuggled out of Tanzania in the plane.

High officials in the Ministry of Natural Resources and Tourism, who facilitated issuing the permits, have been fired.

The Citizen reports that the caged monkeys were purchased from residents of the Arusha administrative region, who have permits to catch them.

Hetq’s source says that Artyom Vardanyan, who owns the Jambo Exotic Park in Armenia (Tzoraghbyur) travelled to Tanzania one month ago to collect and ship the animals to Armenia.

Hetq contacted Armenia’s Department of Civil Aviation (DCA) to see if it had a record of a planned chartered flight from Tanzania. Air Cargo Division Chief Hrant Mirzoyan responded that no such flighty request had been presented from Tanzania.

DCA spokesperson Ruben Grdzelyan told Hetq that the AN-26 charter flight was planned from Cairo but that it was cancelled.

Looking at the story of animals being imported into Armenia over the past few years, we should note that the imports haven’t been via direct flights but rather through Dubai, Lebanon, Egypt, etc. 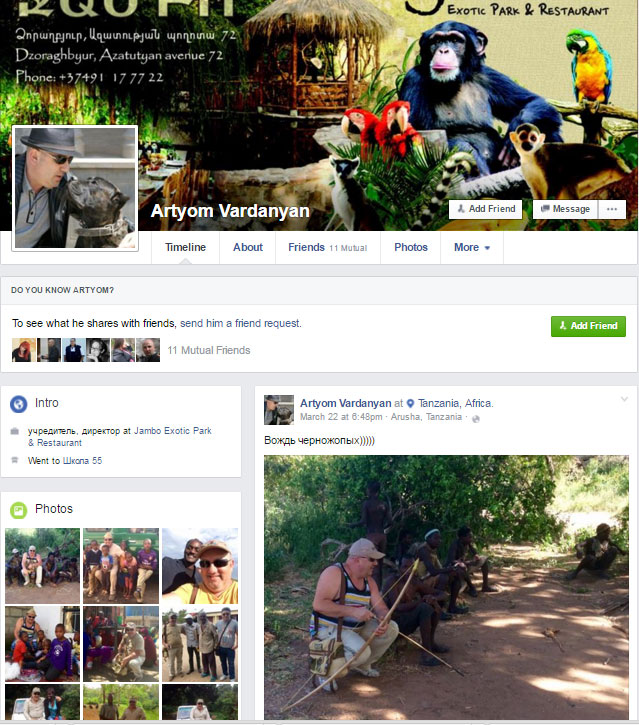 Artyom Vardanyan’s Facebook page is full of photos taken in Tanzania. He’s been in Tanzania since the end of February, studying the local fauna, getting photographed with local residents and local animals. Some of the photos were taken in Arusha and in Kenya’s Maasai Mara National Reserve and Tanzania’s Serengeti National Park.

Hetq readers are familiar with Artyom Vardanyan when we wrote about the existence of endangered bonobo primateat Jambo Exotic Park. The bonobo had been brought to Armenia illegal since the importation of the animal wasn’t registered with tax authorities.

Based on the Hetq report, a criminal case of illegal animal smuggling was launched against Artur Khachatryan. The case has dragged on for the past two years.

Vardanyan has always claimed that he leased the bonobo from Zoo Fauna Art company owner Artur Khachatryan, who is now wanted by Interpol.