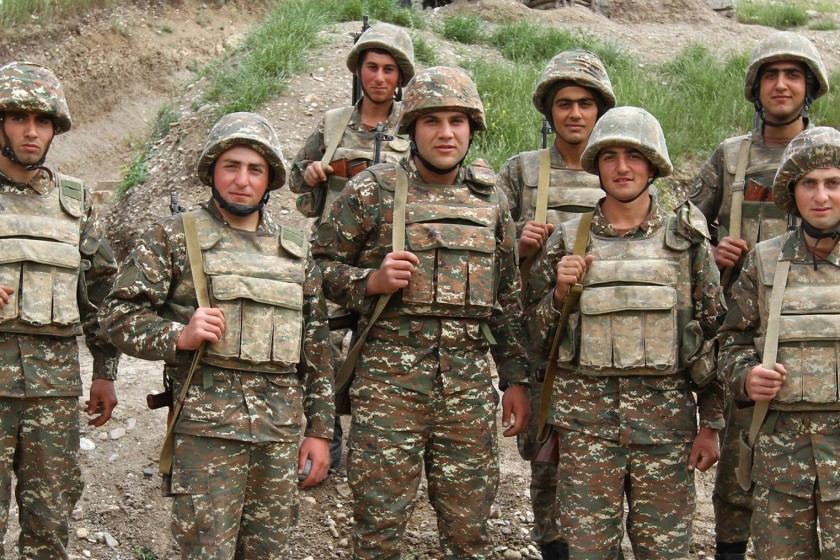 Notes from Karabakh – May 4

Today I met soldiers elevated to the rank of officer. I met them in their frontline positions where fierce fighting raged during the first week of April.

There were many soldiers who were singled out for their actions in repulsing the Azerbaijani offensive. Yesterday, five such conscript soldiers were bestowed the rank of lieutenant.

Spotting an officer walking along the edge of the road near the Mataghis military base, a staffer from the Artsakh Ministry of Defense Press Corps asked the driver to stop the car.

- All is good. We’re preparing to advance.

- Yes. Is there anything else to do?

The Niva ascends the road to the upper Talish positions where fierce battles raged in early April. The first encounter was at the position where Masis Mouradyan serves. The platoon was waiting. They knew that someone from the ministry was coming. Colonel Norayr Mkrtchyan shows the soldiers the order from the minister and says that Masis Mouradyan has been made a lieutenant. 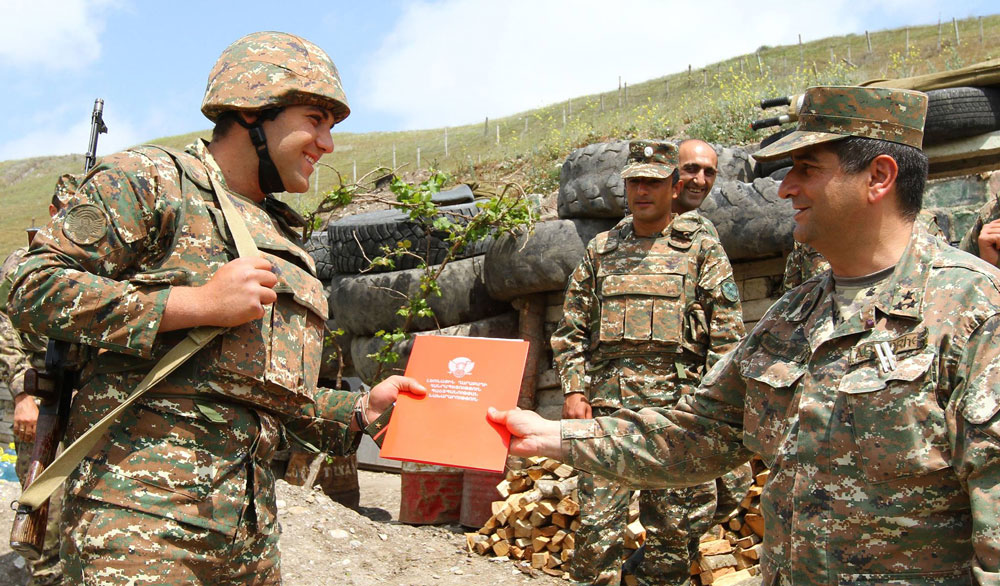 “You stood your ground until the end and put the land of Armenia on a firm footing,” Mkrtchyan tells the soldiers.

Masis is nineteen years-old. As Lieutenant Mkrtchyan congratulates the soldiers, in turn, he jokes, “If I had known that I could have made lieutenant like this, I would have never attended the Vazgen Sargsyan military institute.”

On April 2, Masis was able to get his platoon quickly to the frontline and eventually repel the attacking Azerbaijani forces. 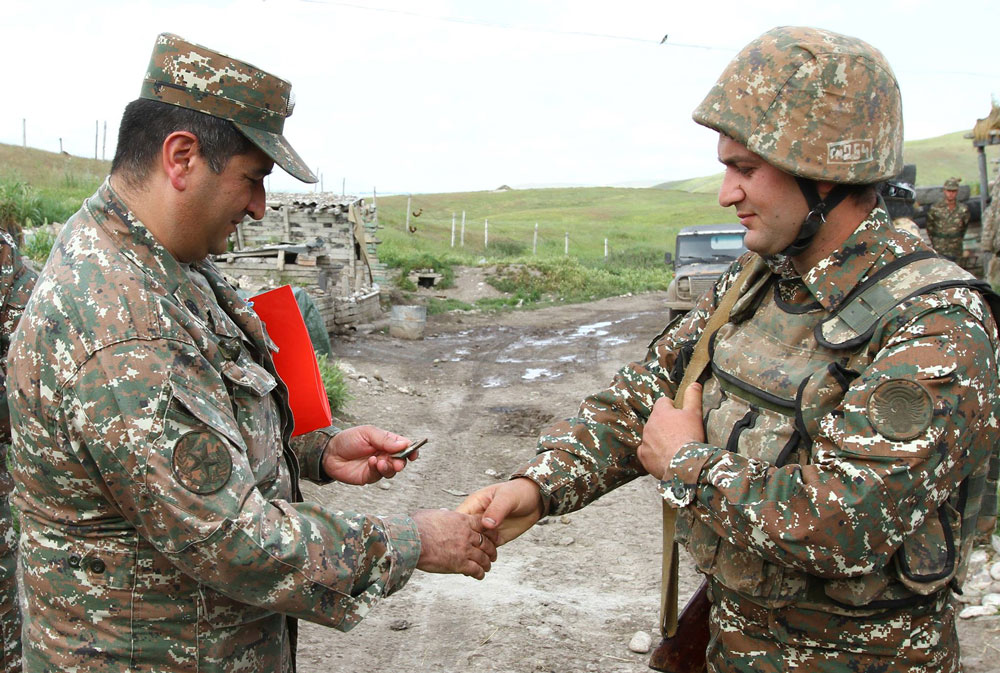 Gor Avagyan was the hero of the day in the next position we visited. During the early April fighting, Gor took over command when the company and third platoon commanders were killed. Gor was very reticent about talking. He didn’t want to be asked about what happened that day. I took me awhile to get him to open up. When I asked him about the fighting, he replied, “No. I’d rather not talk about it. My relatives will get anxious. It’s best they don’t know what happened here.” 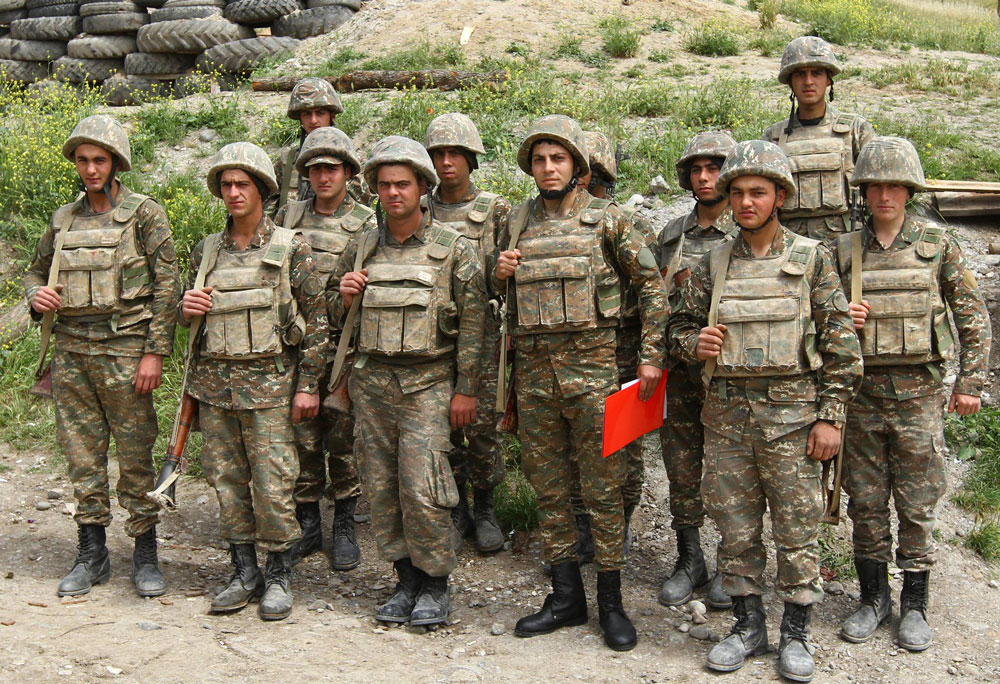 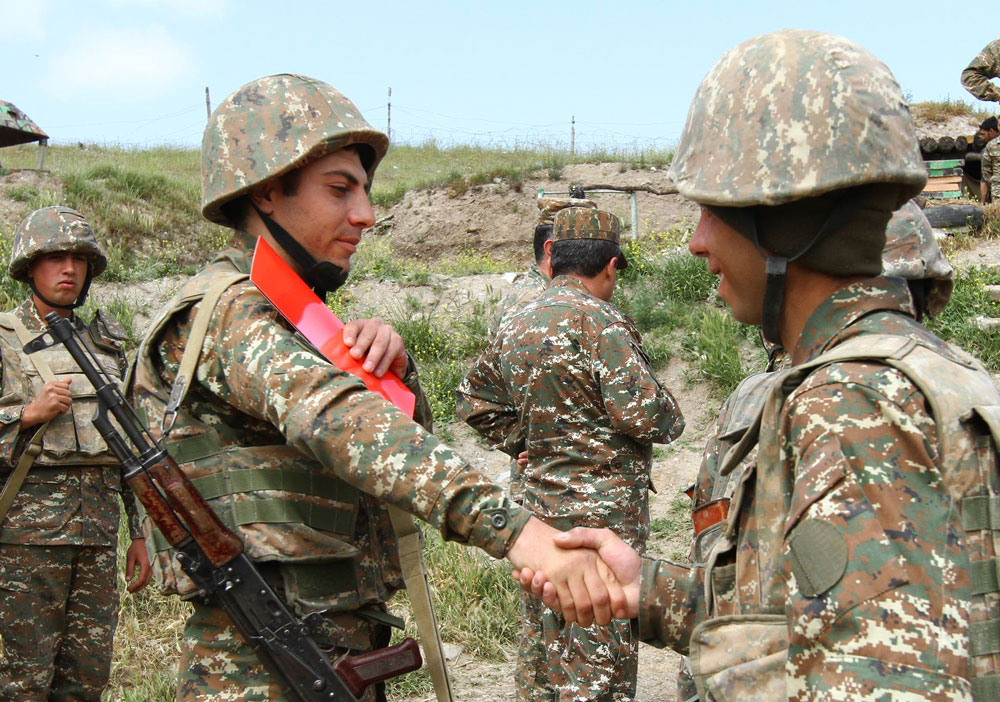 Artour Aghasyan is the fourth soldier to have been promoted. The nineteen year-old says they are waiting for the order to retake the lost positions. “If the artillery helps, we’ll take those positions within an hour,” says Artour. The young man was awarded the Military Cross, second class. 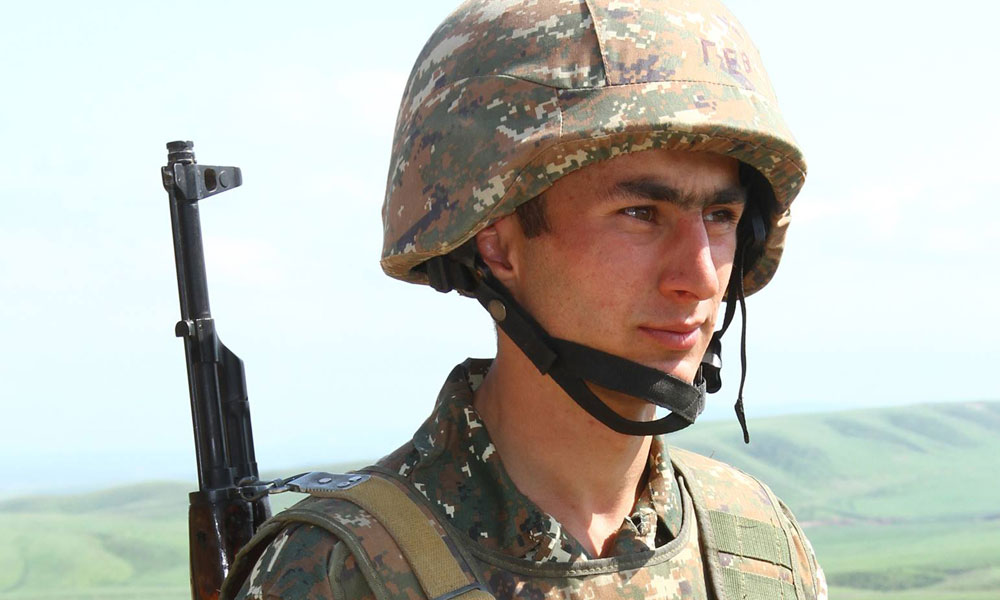 Samvel Safaryan is the fifth newly promoted lieutenant. When I asked Samvel why he decided to remain in the army, he said, “I made the decision during this fighting. I feel that I am needed here.” 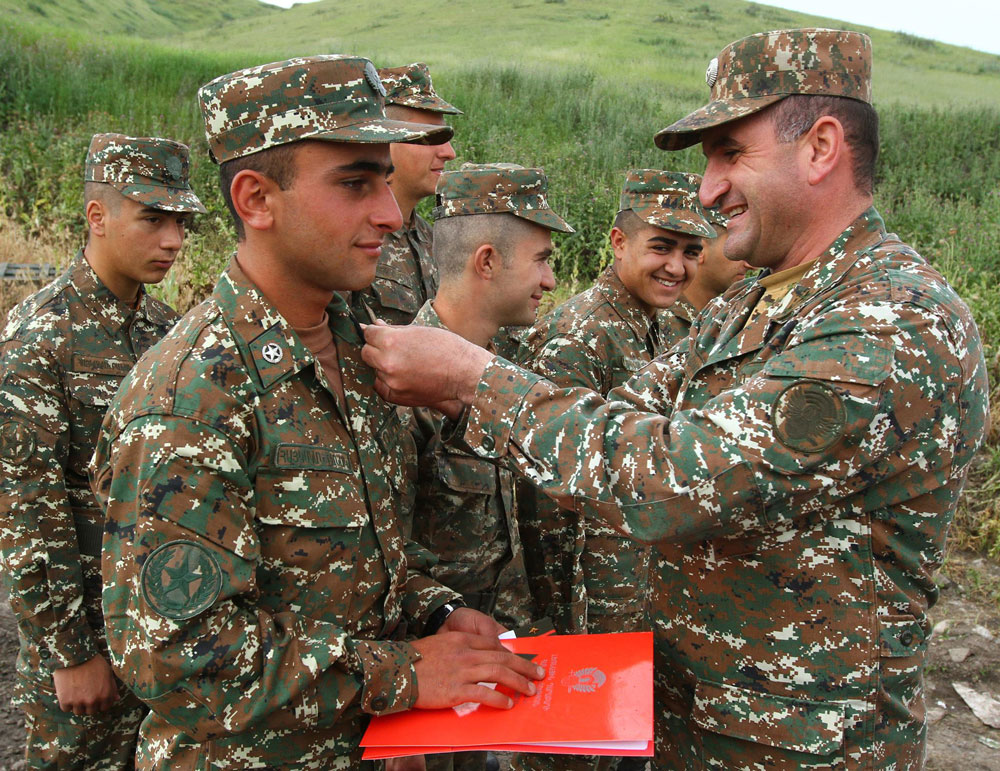 When talking to these soldiers who fought in the April war, you become even more convinced that there isn’t an army in the world with soldiers such as these.