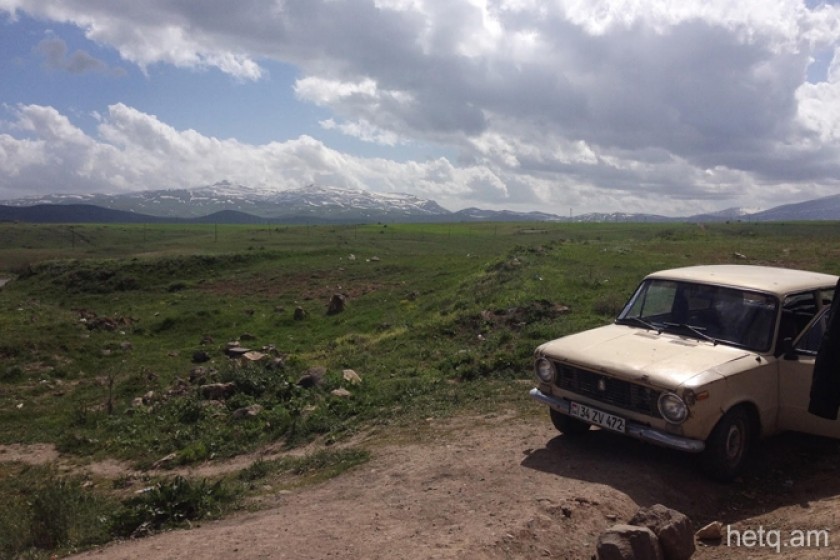 Shared Taxis to Kapan: The Gift That Keeps On Giving

In the last year I have made several trips from Yerevan to Kapan, to work with a local NGO developing tourism in the region.

The journey to reach the lush green mountains of this under-rated, post-industrial city in Southern Armenia, home to nearly 45,000 people, requires a half-day or more of travel and is only accessible by car or van on roads that are often poorly maintained, making the trip fairly inconvenient, albeit beautiful.

I journeyed there once in a car with three other passengers, all of whom were natives of Kapan now living in Yerevan. One of them, a friendly, middle-aged man, made it his mission the entire ride to show my partner and I the tastes of Armenia’s villages along the way. Everything from fresh peaches and home-made wine to warm lavash bread straight out of the tonir [a cylindrical stone oven]. What should have been a six-hour trip took an unprecedented nine hours.

On another occasion, I went with a colleague and two backpackers. We arranged for a taxi that could fit our massive travel bags, yet when the driver arrived, we were surprised to find the entire trunk and two seats of the car jam packed with boxes of cargo. Our group of four squeezed tightly into the car, only to discover we still had to pick up two more individuals. We tried to voice our concerns, but they were buffered with the proverbial: “Amen inch lav klini, problem chka!” [“Everything will be good, no problem!”]. When it became apparent we would not all fit, he demanded that we still pay the full amount for our trip (24,000 AMD [$50]) because this whole ordeal had taken so long, the remaining two passengers backed out of the arrangement. He left with 6000 AMD and we left with a bad taste in our mouths.

Most recently, I shared my car to Kapan with a young driver transporting his brother and two friends from a Parkour competition that took place in Yerevan that weekend. Grown Armenian men were performing back-flips for me at every stop to fill our gas tank. I was also enthusiastically introduced to the best khorovats [barbecue] of my life, located off the road in a ditch only locals could possibly know about. So local, in fact, that upon asking for the name of the restaurant, the owner and my driver exchanged knowing glances and my question was met with the phrase, “Inch anoun? Anoun chouni!” (“What name? It has no name!”).

The experiences I’ve just described above are all products of a curious underground network of transportation in Armenia called the ‘kisats taxi’, or ‘shared taxi’. So many possible outcomes, each a result of the same unpredictable system. It’s a phenomenon that has manifested in modern-day Armenia and it’s one that I find is quite unique to its time, and as my trips to Kapan more frequent, I’ve come to reflect on its growing significance—both in terms of Armenia’s past, as well as its future.

Getting to Kapan: Then and Now 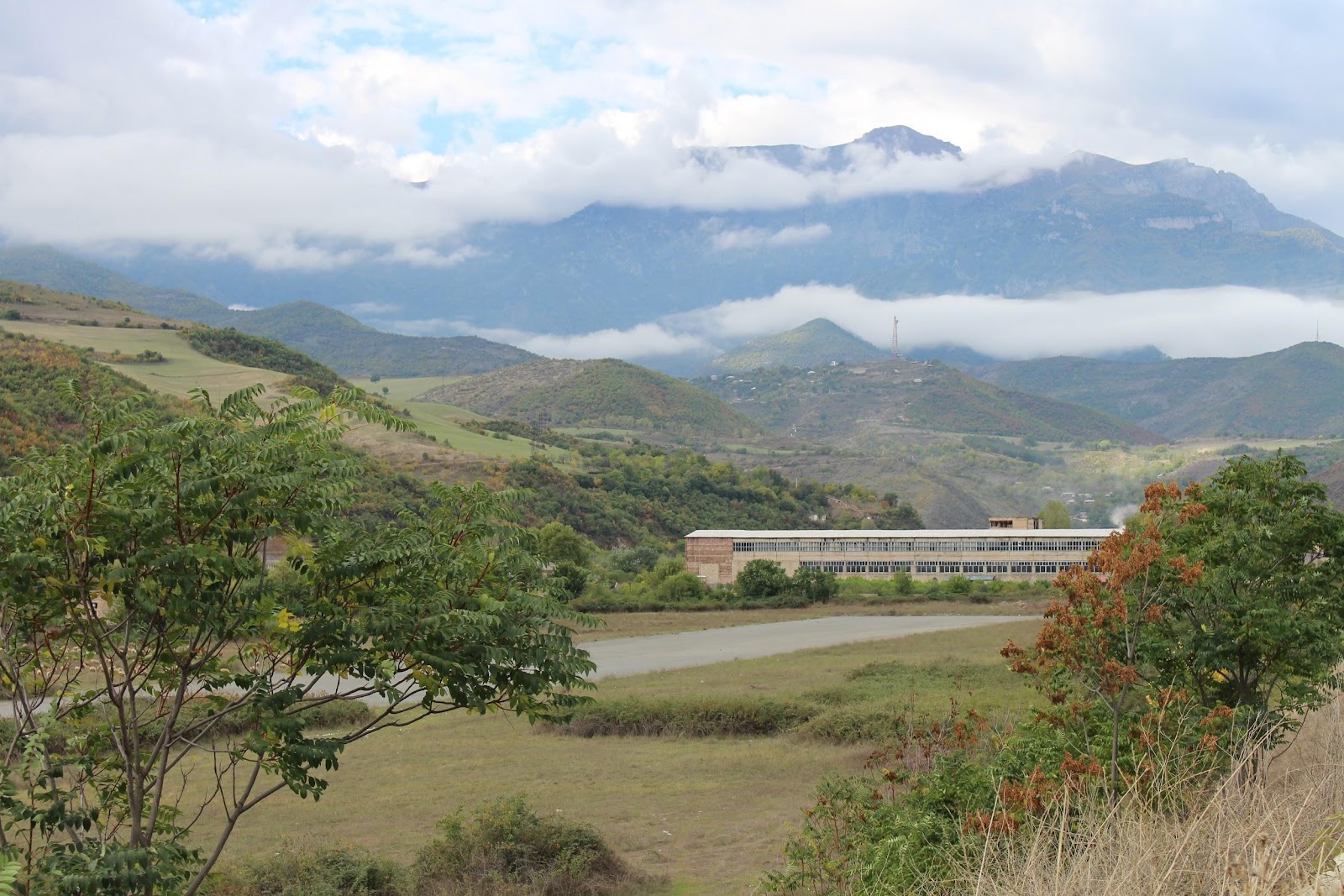 Kapan is a unique glimpse into just how drastically transportation infrastructure has shifted in Armenia since Soviet times. Of Armenia’s one million or so yearly visitors, less than 1% of them make their way further south than Tatev. And, curiously enough, it’s not just tourists who aren’t traveling to Kapan. Many of Armenia’s own citizens have yet to make the trip.

But this was not always the case.

During the twentieth century, the Syunik region was an extremely lucrative asset to Soviet Armenia, strengthening its overall position in the USSR. Rich with natural assets, Kapan alone (the capital of Syunik) was host to over ten factories and, to the future detriment of its environment, contained one of the biggest copper and molybdenum mines in the entire Soviet Union.

Syunik’s strategic importance was evident in its accessibility. Until 1991, a rail system existed to connect Armenia’s capital to its southern regions. Locals of Kapan, like Armen Kazaryan, owner of a ARK Armenia, a local NGO, recalls its convenience: “It was an overnight train. It was so comfortable, perfect for business trips. You could do your work, and sleep on the way there, so you didn’t lose any time.” It was so efficient, in fact, that marshutkas and taxis were virtually obsolete in comparison.

There were also flights available from Yerevan to Kapan, traveling sometimes as frequently as three or four times a day. At its peak, Kapan’s little airport even offered direct flights to Moscow and Sochi several times per week.

Since independence however, the rail system has been terminated, as its route now travels through regions of Azerbaijan, and Kapan’s once charming, little airport (featured above) is now an abandoned space which the community now uses as a driving range, where young people can learn to operate cars for the first time.

Whereas before, marshutkas and cars were not utilized, the situation today is such that they are the only available form of transportation to Kapan, outside of a $180,000 helicopter ride.

The marshutkas that travel there are affordable, only 3500 AMD [$7], but leave only once a day at 7AM, and the conditions in these old, Soviet vans are often less-than-ideal. Taxis are also an option, but they’re simply not affordable if you’re travelling alone, as a ride is usually somewhere around 25,000AMD [$50]. While this might be doable for some tourists, it’s not for locals, especially those who have to make the trip frequently. 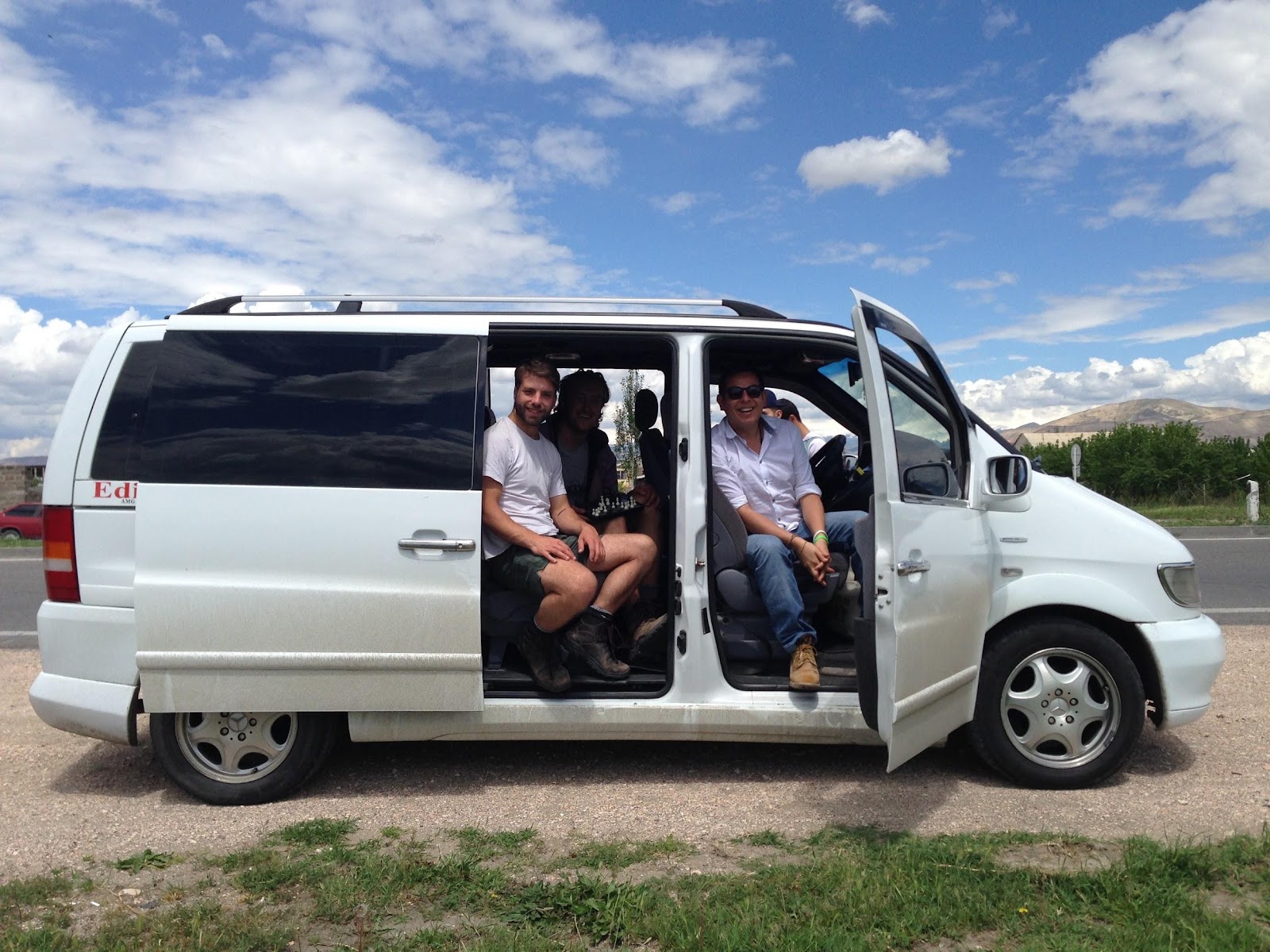 Shared taxis are by far the most popular way to get to Kapan. It is essentially a carpool, where you pay a flat rate based on where you’re going. To Kapan, for example, 6,000AMD per passenger [$12]. Your car will consist of a random mix of people, likely native Armenians who happen to be traveling at the same time, as the shared taxi system is extremely insular and not advertised outside of local circles. Most locals, in fact, have trusted drivers they call whenever they need to make the trip.

The beauty (and also, frustration) of shared taxis is in its flexibility. There are no set ‘schedules’, meaning departure times vary from day to day based on travelers’ requests. This can be pretty convenient, since you have the option of leaving at different times during the day. But it can also be pretty inconvenient, as the driver picks up passengers from their doorstep. That means getting a private tour all over Yerevan’s most remote districts before even starting your trek to Kapan.

Requesting a spot in a shared taxi requires calling ‘dispatcher’, an informal third party with access to a network of drivers who are responsible for arranging rides for the next day according to incoming requests. The entire system is so underground, though, that just acquiring the number to a dispatcher is something you need a contact already ‘in the loop’ in order to do. Dispatchers typically don’t like it if you call too far in advance and if you try to even call 2 days before your trip, they will ask you to call again the day before to reserve your spot. Not exactly ideal for people who want to plan ahead.

In shared taxis, whether or not you’ll have a good experience is a lot like playing the lottery. Because drivers can often be more interested in making a buck than in the comfort of those in the backseat, passengers tend to get shafted. The overall atmosphere of the car, more often than not, depends on the mood and temperament of the driver, which--if it is poor--can make for a miserable, albeit memorable, experience--especially for long distance rides, like the one to Kapan.

But with all the disadvantages that come with a system that is so inaccessible to outsiders, one has to admit… it’s also kind of exhilarating.

If you do manage to land a shared taxi with a good-natured driver who allows for a little leeway, local passengers of the car often request stops to pick up specialty foods and goods in regions along the way that only native Armenians could ever know about. And Southern Armenia’s nooks and crannies have so much to offer. So, what might start out as a day of disaster between absolute strangers might actually end up being an incredibly rewarding and authentic shared experience amongst locals and foreigners.

As much as we all hope for a more developed future transportation alternative, the informality of shared taxis is, in many ways, a charmingly unorthodox glimpse into modern Armenian culture--which has managed remain so insular for centuries, even in spite of massive Soviet reforms of the twentieth century.

Thanks to shared taxis to Kapan in particular, I have had some of my most treasured encounters with local cultures. For foreigners in general, it’s kind of a back-alley opportunity to experience the sights and tastes of Armenia’s regions without having to rely on or pay for a tour guide--even if that sometimes means being squeezed to the brim with bodies and baggage (an authentic Armenian experience in its own right).

And with that, I’m left wondering… While Armenia has so much to gain from some serious transportation reforms, what might we be losing in the process?

Karine Vann is a freelance writer, graphic designer, and activist based in Yerevan, originally from the Washington D.C. area. She is a musician by training and is passionate about the arts and the environment (in no particular order).

Roelof Kotvis 2019-01-25 08:30:14
Great story. Instantly recognisable to all who have used this from of transport anywhere in the South Caucasus.
Nareg Seferian 2016-05-17 16:35:32
A delightful account of one of those rather unique experiences one can have in Armenia. Thanks!