Police detained some twenty individuals who had gathered in Yerevan’s Liberty Square today at 1:00 p.m. Many were just sitting in the cafes that circle the square.

This comes against the backdrop of an armed seizure of a Yerevan police station early this morning.

Sasna Dzrer (Daredevils of Sasoun), the group which has assumed responsibility, had called on citizens to assemble and join in the “uprising”.

Yerevan police are apparently intent on breaking up any semblance of social gatherings amongst the citizenry.

Prominent activist Vardges Gasparyan and Armen Hovhannisyan, a member of the Hayazn political party, were also taken into custody. 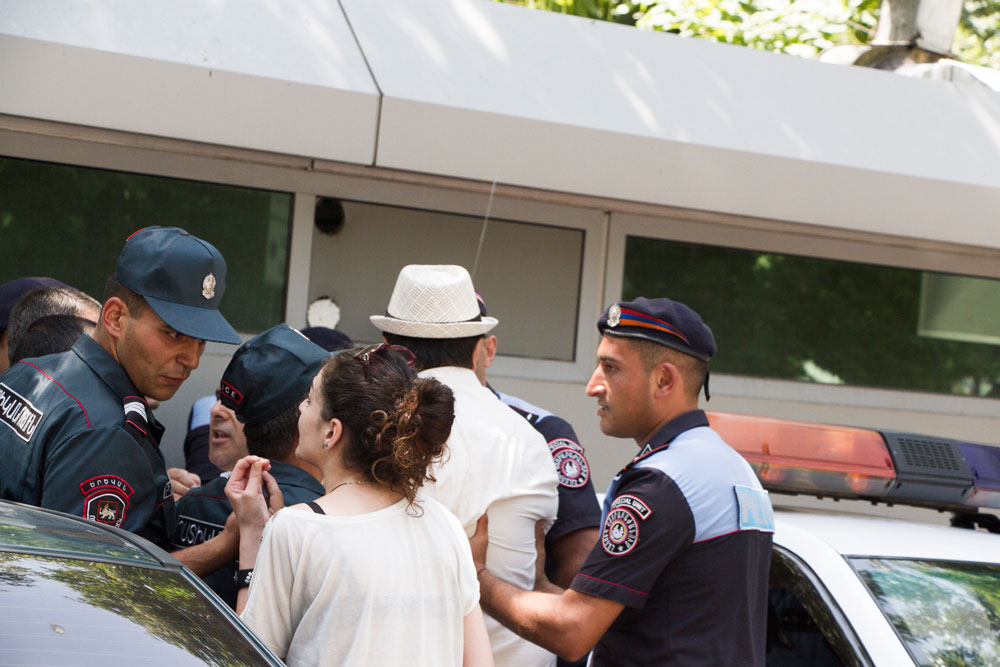 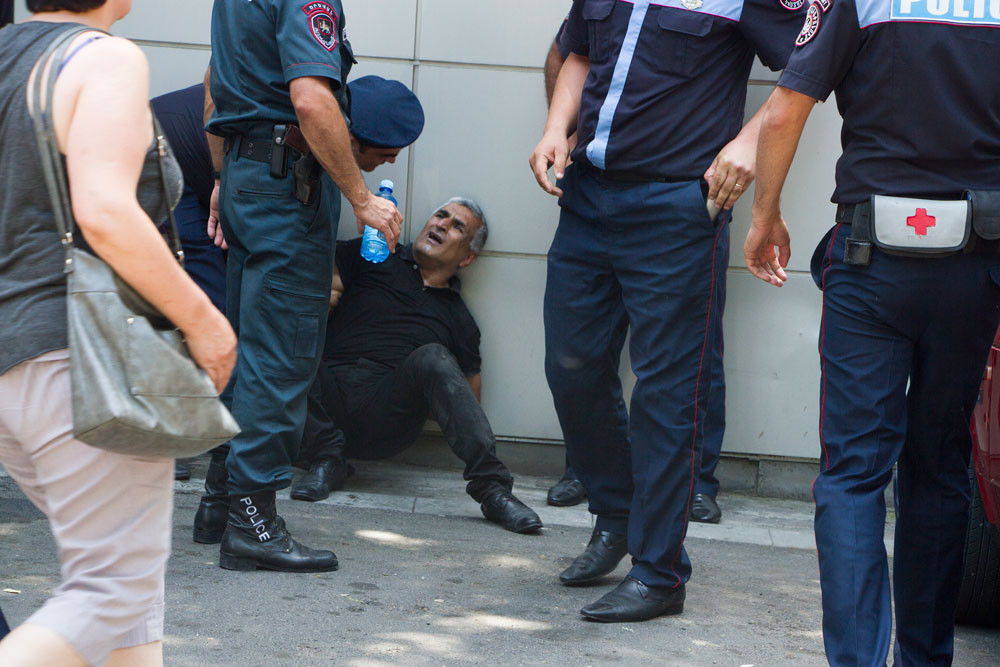 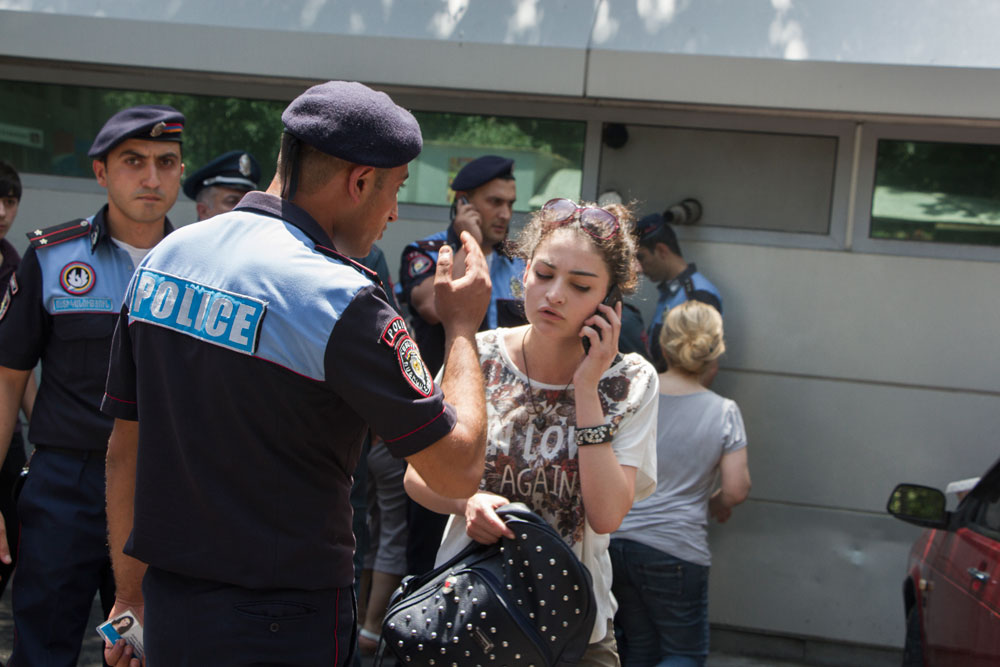 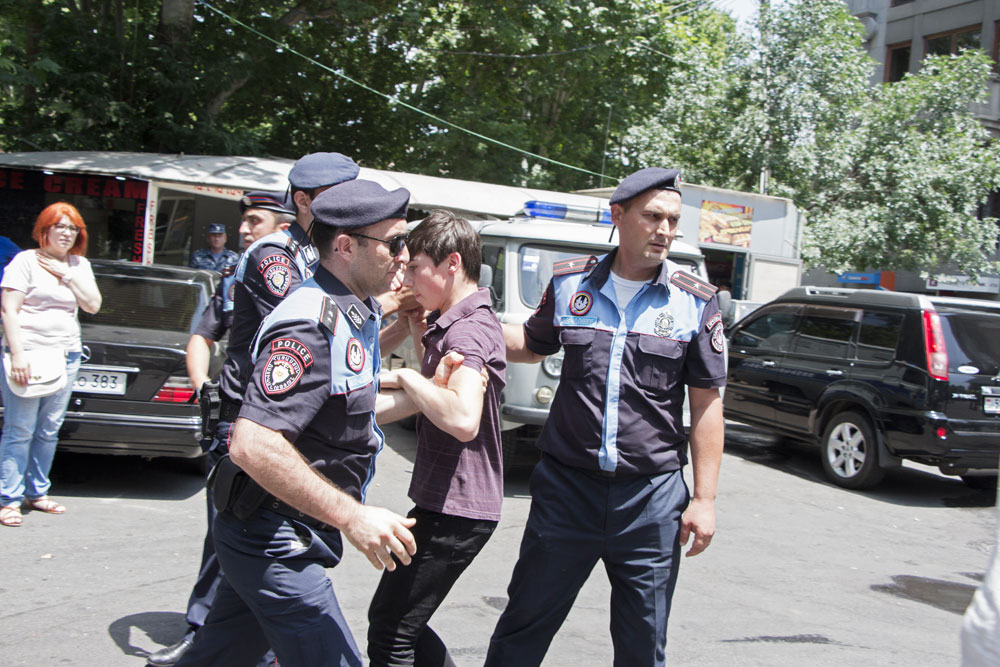 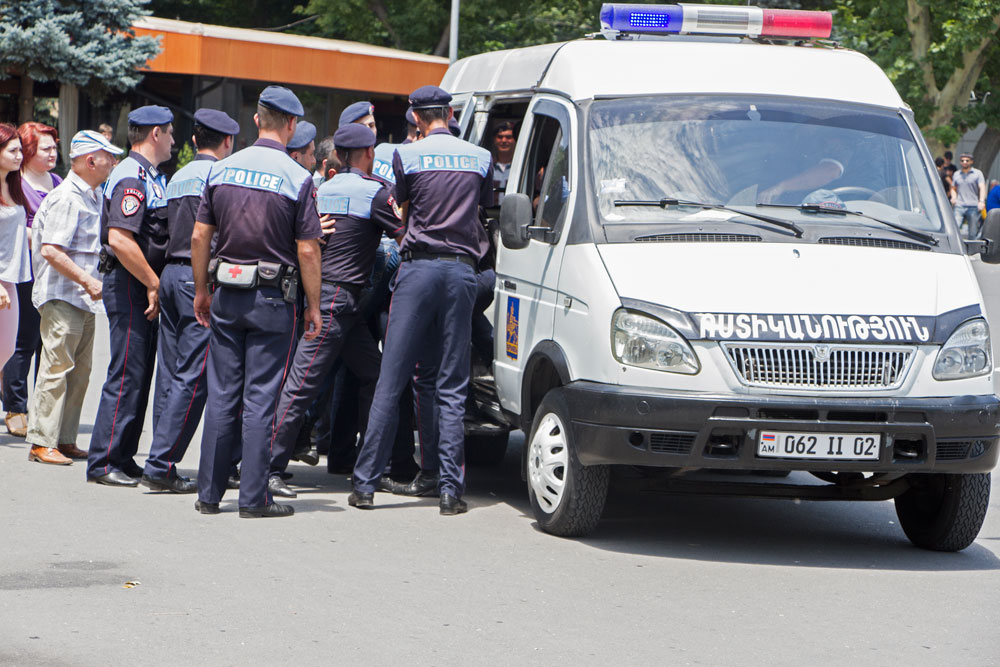 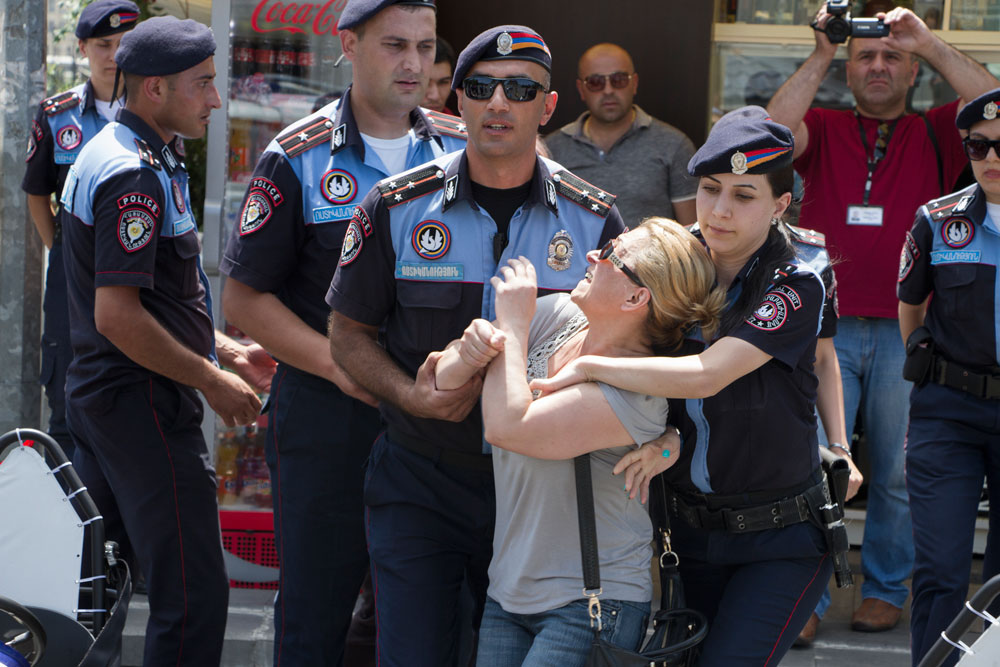