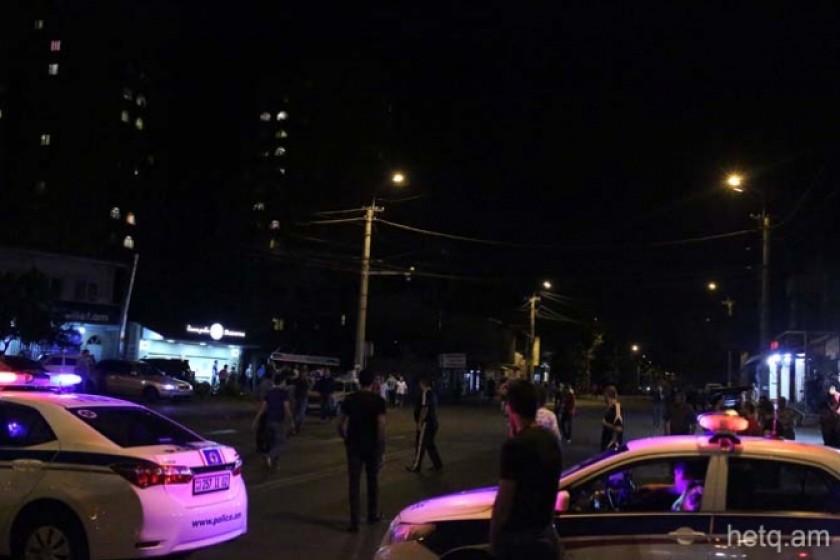 Last night’s clashes in Yerevan between demonstrators and police in the neighborhood near the police building seized by the Sasna Dzrer armed group left 60 wounded, some seriously, this according to Armenia’s Ministry of Health.

Armenia’s Human Rights Defender Office reports that journalists on the scene were attacked by police in civilian clothes and has demanded that those responsible be criminally charged.

In response, Ashot Aharonyan, head of the police department’s press office, said that clashes occurred when some demonstrators tried to break through the police cordon and that, sadly, some journalists were injured and their equipment damaged.

Aharonyan said that all such incidents would be investigated.