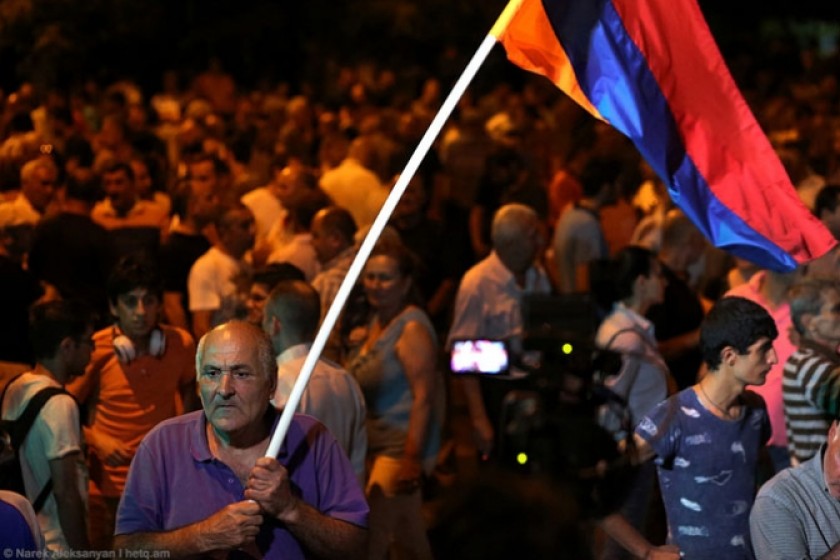 Swiss-Armenian Community Calls for Immediate and Comprehensive Reforms in Armenia

The following is a public statement released on August 10 by a number of Swiss-Armenian organizations regarding the public protests in Armenia last month.

We, the undersigned Armenian organizations in Switzerland, have closely followed with deep pain and sorrow the shocking events that started in Yerevan on July 17 and ended on July 31.

We consider that many factors have led to this crisis: serious and systematic human rights violations carried out with total impunity, the lack of democratic processes and weak and ineffective democratic institutions, including serious flaws in ensuring democratic elections, massive corruption, the lack of transparency in negotiation processes and of a principled stance regarding the Artsakh issue, and the absence of serious and systemic reforms to improve economic and social conditions in the country. At the same time, we reckon that the Constitution of the Republic of Armenia should be respected, that solutions could not be achieved through illegal means and we deeply regret the loss of human lives (two policemen and one peaceful citizen).

We were shocked to observe that the Armenian police used excessive and disproportionate force, violence, intimidation and other unlawful actions against peaceful demonstrators and journalists that have resulted in massive human rights violations between July 17 and 31, with a peak on July 29. That night, at least 12 journalists were injured. We condemn the attacks on freedom of expression and peaceful demonstrations.

Overall, we are deeply concerned that the authorities of our homeland remained silent during two critical weeks, showing a lack of political will to handle this situation through democratic and peaceful means. In the total absence of involvement of the legislative and other executive bodies, the police appeared to be the only state institution responding to the crisis.

While welcoming the decision of "SasnaTzrer" to end its armed resistance, we urge the authorities to ensure that an effective and impartial investigation is conducted into the dramatic events of July 17-31 to bring perpetrators of human rights violations to justice in line with the international human rights obligations of Armenia. Moreover, we call for an end to impunity for police violence against journalists and peaceful protestors in Armenia. We hope that the authorities will demonstrate political wisdom and refrain from witch-hunts, which could only exacerbate the situation. We also call upon the authorities to put an end to massive scale pressure and intimidation against political opposition, and unconditionally release all the peaceful demonstrators and opposition figures who were arbitrarily arrested in the context of the above-mentioned events.

We take note of the speech of President Sargsyan on August 1st and hope that the authorities of our homeland share our view that the only way out of the ever deepening domestic crisis is to launch without delay fundamental and comprehensive reforms in all spheres of political and economic life in Armenia, including the areas mentioned above, to change the conditions that led to this crisis.