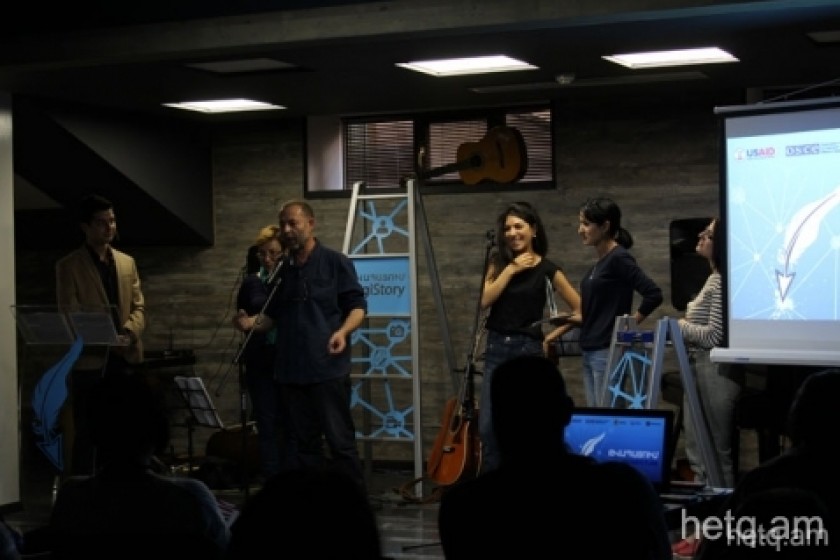 For their multimedia piece The Valuable Gifts of MPs, Grisha Balasanyan and Davit Banuchyan won 1st prize in the category “Best Use of Media 3.0 Technologies”.

Yeranouhi Soghoyan won special mention for her series on the Amulsar gold mine entitled “Gold, or a Sickly Future from Amulsar”.

The objective of the competition, organized by the Media Initiatives Center, is to encourage coverage of changes taking place in Armenia. This year, the focus was on local elections, accountable and transparent governance, and social issues.

This the second year of the Tvapatum competition.

Last year, Hetq walked away with medals in three categories: Observer: Investigative Reportage, Re-information: Best Use of Reforms, and Media 3.0: Best Use of Technology”.

As a result of post-competition voting, Hetq prison reporter Mher Yenokyan, serving a life sentence at the Nubarashen Penitentiary, also won an award for his piece entitled Prison Notebook: “Every day I go to the Slavonic University and the Hetq office”