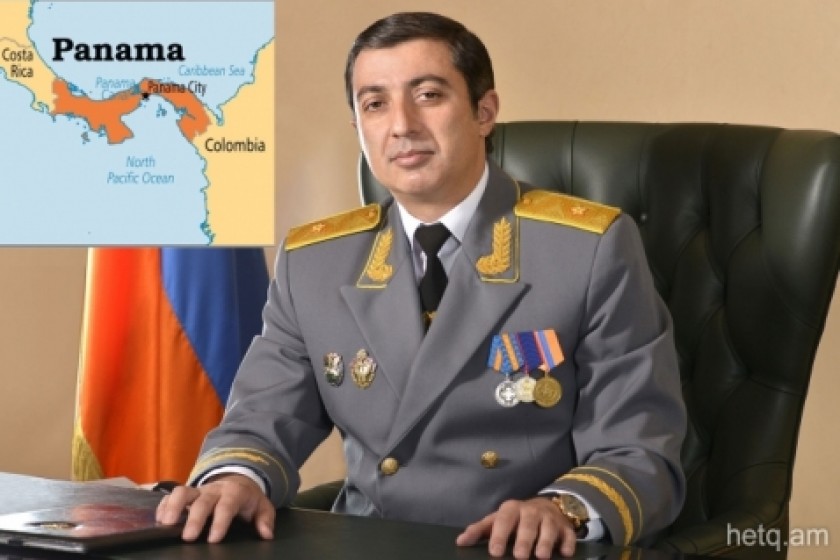 Hetq broke details about Poghosyan’s “secret” business and bank holdings because of the Panama Papers revelations.

In a reply to a Hetq inquiry, the SIS stated that during the preliminary investigation several individuals were questioned including Mihran Poghosyan and his relatives, as well as others mentioned in Hetq’s coverage (directors and personnel of international and Armenia-based companies).

During the investigation, the SIS says that it obtained information of significance for the criminal case from the Compulsory Enforcement Service and the State Registry of Legal Entities (both subdivisions of Armenia's Ministry of Justice), in addition to other organizations.

In May, one month after Hetq broke the story, the SIS launched a criminal case into the Poghosyan matter. Companies linked to him registered in Panama soon after attempted to transfer their shares held in Armenia to others.

Sigtem Real Estates Incorporated and Hopkinten Trading Incorporated are equal owners of Best Realty Ltd. registered in Armenia. Best Realty was the company that appraised the value of the Karen Demirchian Sports and Concert Complex in Yerevan. This was in 2015when the government decided to sell the complex to an outside investment group. Best Realty appraised the complex at about US$26 million and didn’t factor in that the complex is a state landmark. If complex management knew who Best Realty belonged to, they wouldn’t have been as surprised as they were on the day of the appraisal when the entire staff of the CES showed up as well.

The SIS says that it has also requested legal assistance from Panama and Switzerland into the investigation but that, so far, no results have been received.

International legal expert Ara Ghazaryan says Armenia has no bilateral conventions covering legal assistance with either Switzerland or Panama, but that a multilateral framework could be hashed out.

When asked how long one must usually wait for replies to such legal motions, Ghazaryan said it depends on the legal document on which the inquiry was based.

“It is possible that the inquiry was made via diplomatic rather than legal channels. This happens, as a rule, when a legal mechanism is absent. It’s a sign of goodwill, but happens in rare instances,” Ghazaryan said.