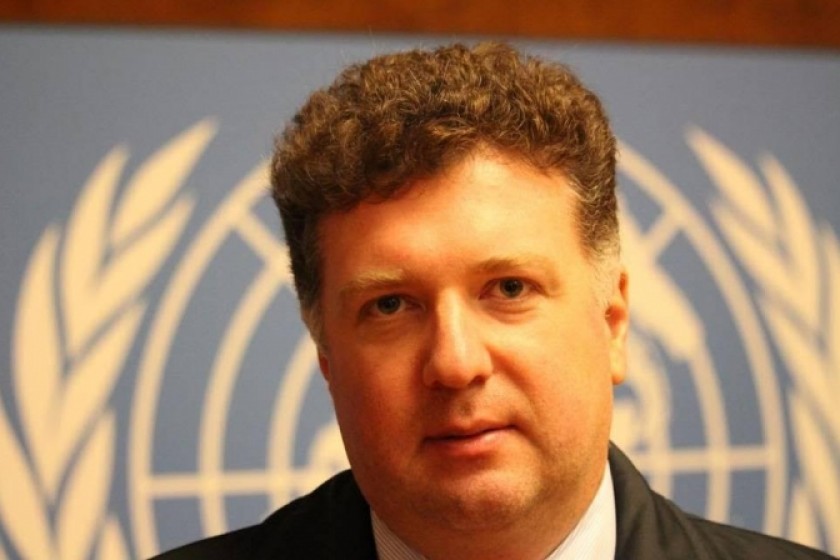 Member of CoE’s Committee for the Prevention of Torture: ‘Corruption Remains a Problem in the Armenian Prison System’

On November 22, The Council of Europe's Committee for the Prevention of Torture (CPT)  published a report on its fourth periodic visit to Armenia, which took place from 5 to 15 October 2015, together with the response of the Armenian Government. Both documents have been made public at the request of the Armenian authorities.

Below is an interview with George Tugushi, a member of the CPT and head of CPT’s jurisprudence group who visited Armenia to prepare the report.

Could you compare the progress of Armenia in the areas mentioned in the published European Committee for the Prevention of Torture and Inhuman or Degrading Treatment or Punishment report with the previous assessments done by CPT. What essentially changed?

It is not the first time I am visiting Armenia. I guess this is at least my third visit. Thus, I had the possibility to also observe the dynamics, the progress made in certain areas, and the remaining problems from the past.

I have to say that when it comes to the issues related to the police and treatment of people apprehended by the police, as the report indicates, we have noticed some progress, because this time we received less allegations of police ill-treatment than during the previous visits.

Actually, most of the allegations received refer to the excessive use of force upon apprehension. And, yes, some improvements were registered in these areas. However, there are still indications that ill-treatment by police is not entirely eradicated, and this problem exists to a certain extent. Also, I have to say, while checking some of the medical registers, especially in the central detention facility of Yerevan, we clearly found indications that ill-treatment still occurs. But we also had the possibility of looking into the operation of the Special Investigation Service (SIS). While examining the files at the investigation files handed by the SIS, the impression was also rather positive about the complaints that have been handled by the SIS. We saw that they were trying to do their job. That is a positive development.

When it comes to legal safeguards against illegal treatment, and the access to safeguards, the prevention of liberty, one of the problems that was indicated in the past reports is the so-called “informal questioning”, when you are invited to the polices for informal questioning and then you might end up being charged. So, that remains as a serious matter of concern; where the safeguards are not applicable because you are invited for so-called informal talks by the police and then, it might happen, that these informal talks are actually used to elicit confessions, and you might stay in the police for many hours and sometimes even up to two days before formerly being declared a criminal suspect.

We also focused on the prisons, and visited several penitentiary institutions including the Nubarashen prison and the newly built Armavir prison. We also went to Vanadzor prison, and we also concentrated on the Yerevan-Kenton prison and central prison hospital, with a focus on the psychiatric ward of this prison.

When it comes to material conditions, the situation is very bad in Nubarashen prison. It was severely overcrowded. The material conditions were appalling. Many of the cells were dilapidated and in a poor state of repair. There was also a striking difference observed in conditions of particular prisoners, and we clearly indicated that corruption remains a problem in the Armenian prison system.

We also had the chance to see the new Armavir prison, Unfortunately, while the material conditions there are relatively much better, it’s a completely new institution and it already has some problems when it comes to installations and the maintenance. It looks like the quality of the work done was not good and it already requires some renovation. In several cells, there is humidity on the walls and pipes are not in good shape.

The number of allegations against ill-treatment by police is mentioned in the report as a “small number”. Is this decrease because of improvement in the system or any other reason related to the general number of detentions in the responding period, for example?

Usually, when the CPT visits a country, and not for the first time, there are not too many people in the temporary detention facilities. On the other hand, sure, we always have a possibility to interview people in remote prisons, where they are taken to from police custody. Our impression was that ill-treatment by the police still exists, but to a lesser extent than in the past. It is clearly stated in the report. There is an issue with the excessive use of force, mainly during apprehension. But I also must say there is a decrease, in our opinion, and this is a positive trend.

Because of improvement in the system?

It looks like, when I mentioned especially SIS is working, I mean it might also be a reflection when cases are investigated, and somehow at least impunity is addressed on some level. It can also be a clear indication that assistance has been given to decrease incidents of ill-treatment by the police. But the problem remains, which we clearly stated in the report…

When you deal with corruption in prisons and penitentiary establishments, do you have examples of corruption cases?

If you look at the previous reports to the Armenian government, you will see that we have noticed, for example, that some prisoners enjoying far better conditions of detention than the majority.

Thus, this is also one clear indication that those who are able to contribute financially to their well-being have better conditions. That is all I can say for the time being. We are not an anti-corruption body, but surely we have our own view when we visit particular countries. In the prisons, there are certain indications, which clearly provide you with an overview of the situation. Thus, it was unfortunate to again observe such favorable conditions granted to particular prisoners while others are kept in very bad conditions.

To what extent does the government of Armenia cooperate with the CPT? Is it rational to expect the government to implement all the recommendations in the report within 6 months?

We continue the exchange of views on the implementation of the recommendations, and we also hope that many of our recommendations will be addressed in the nearest future, because at least there is a will to implement many of them.

On the other hand, we will surely continue keeping an eye on the developments, and we do not rule out visiting again, not just periodically. We might come to Armenia sometime afterwards to observe the progress. But six months is the period for the Armenian authorities to respond, which they must send. Whenever we plan a visit, we do not announce it in advance.