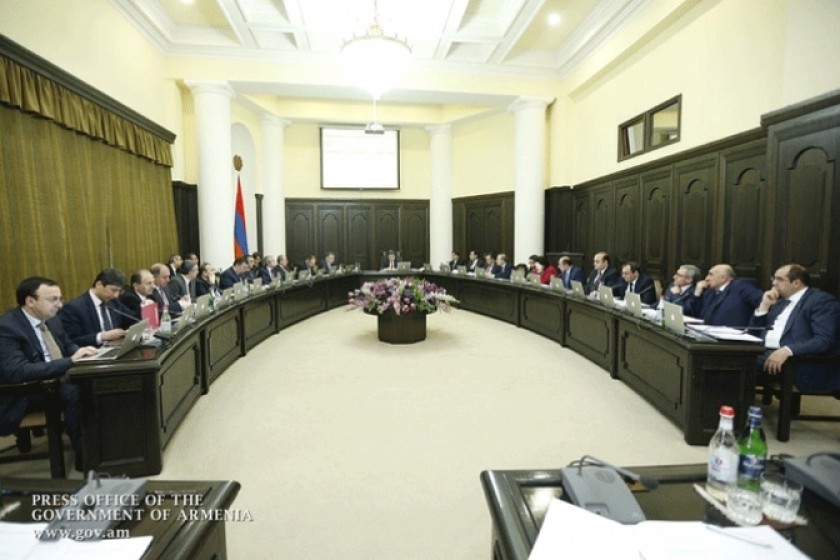 To tackle endemic corruption in Armenia, on February 19, 2015, the government created the Anti-Corruption Council (ACC), headed by the prime minister himself.

The ACC, despite holding several sessions discussing ways to tackle the corruption issues and proposing legislative remedies, has failed to produce results.

One of the reasons, perhaps the most primary, is the presence of officials in the ACC that lack the trust of the public.

According to a 2016 global corruption survey conducted by Transparency International, 65% of respondents in Armenia believe that the steps taken by the government to lessen corruption levels in the country have proven futile. Respondents perceived government officials, the tax authorities, the president and his staff, as the most corrupt.

In the prior, 2013 survey, 63% of respondents in Armenia stated that getting citizens involved in the anti-corruption campaign would change nothing. 67% said that wouldn’t even report a corruption case; the worst statistic in all of Europe and Central Asia.

This indifference is the result of years of disillusionment and distrust of authorities running the country.

According to Armenia’s National Statistical Service, 626 cases of corruption were registered between January and November 2016, up by 57 over the same period in 2015.

Let’s look at the case of Hovik Abrahamyan, who headed the ACC when he was prime minister, and former finance minister Gagik Khachatryan.

While serving in the government, they either directly or indirectly, through family and friends, operated or were preparing to operate mines and were importing goods to Armenia for wholesale and retail sale.

Such largescale business operations, by default, pose corruption risks. Nevertheless, these officials sat on the ACC, ostensibly to lead the campaign against corruption.

Hetq even discovered that a supermarket owned by Abrahamyan’s wife was evading paying taxes by not issuing sales receipts to customers.

Karen Karapetyan, Armenia’s new prime minister, says he is serious about rooting out corruption and has issued any number of directives to subordinates, but nothing tangible has been seen as yet.

To be fair, some new legislation is being drafted that is supposed to give teeth to the anti-corruption campaign.

The track record of agencies already in place to monitor the activities of top government officials and to expose potential conflicts of interests, does not, however, instill us with optimism.

In the four years of its existence, Armenia’s Ethics Committee of Top Officials has failed to record even one conflict of interest case.

Not one official has been publicly held accountable for failing to disclose their assets or for manipulating the numbers.

The committee is a toothless body that doesn’t even have the resources to verify whether the financial disclosures filed by officials are accurate or not.

Siranoush Sahakyan, who heads the committee, confesses that shortcomings exist and argues that legislative loopholes are to be blamed.

Sahakyan’s arguments don’t hold water. With the regulations now on the books, the committee could prosecute correction cases if it wanted to. Unfortunately, the committee fails to do so.

While the committee is supposed to be an independent body, many remain suspicious. It carries out its work at the presidential palace and was financed, until the end of 2016, by the presidential staff.

In 2016, the government introduced a bill to parliament to amend the criminal code in order to prosecute those who got rich from illegal sources. The parliament passed the bill and it will go into effect on July 1, 2017

Amazingly, since the law regarding illegal enrichment didn’t exist, no one could have been held accountable even if caught.

The new law will obligate government officials and parliament members to disclose recent asset additions or debt reductions. Ostensibly, the plan is to check whether such transactions rationally correspond to the individual’s official income.