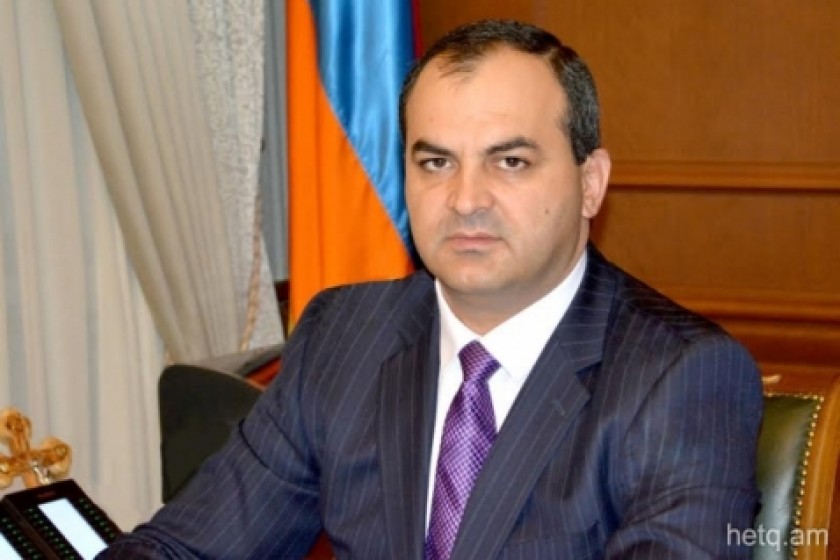 It was part of the international Panama Papers expose; an investigation encompassing hundreds of reporters and scores of news sites delving into the unprecedented leak of 11.5 million files from the database of the world’s fourth biggest offshore law firm, Mossack Fonesca.

The documents show the myriad ways in which the rich can exploit secretive offshore tax regimes.

Hetq focused on the offshore dealings of Mihran Poghosyan in a series of articles last April, when fighting broke out along the Artsakh border with Azerbaijan.

These revelations led to a wave of social pressure to hold Poghosyan accountable and to tighten the process of monitoring the business activities of government officials in general.

To mollify public anger, the government instructed Poghosyan to write a letter of resignation. Poghosyan always maintained his innocence. A criminal case was launched. Months later, it was clear that the investigation was on paper only. Why? Because Armenia’s Special Investigative Service (SIS) never was serious about obtaining the hundreds of leaked Panama Papers documents on Poghosyan. We all knew it was a smokescreen and that the investigation by Armenian law enforcement would be dropped at one point.

When the SIS halted its investigation in January of this year, alleging that the Swiss and Panamanian authorities refused to assist in the probe, we knew Poghosyan would walk away untarnished.

Sometime later, Poghosyan’s name even wound up on the Republican Party of Armenia’s ticket for the parliamentary election in April.

Since the SIS has refused to publish its decision to drop the investigation, we do not know the name of the specific investigator who signed off on the decision. All we can say for sure is that he or she was ordered, from on high, to do so.

The SIS doesn’t want to publish the decision to drop the investigation, or to make it available to Hetq, because if it did, it would reveal the fact that the investigator in charge never investigated anything.

It would reveal that the SIS never even got a hold of the Panama Papers, or even tried to.

What we know for a fact is that the Swiss Federal Department of Justice rejected the SIS request for legal assistance only because it hadn’t been filed properly.

We know this because the OCCRP (Organized Crime and Corruption Reporting Project), in which Hetq is a member, received the following reply to its request for clarification from Ingrid Ryser, a spokesperson for the Swiss Federal Department of Justice.

Evidently, the SIS never bothered to refile. Why should it? Here was a convenient excuse for them to hold up and wave. ‘Look we asked for help but were turned down. We tried,’ was the essence of the SIS attempt to wiggle out of any accountability.

Thus, SIS investigator kept drawing a salary for months while shirking the job at hand.  This could only be the result of an illegal conspiracy on the part of some in government to squash the investigation. Only the Prosecutor General’s Office knows the price paid for such a nefarious agreement.

The SIS is also guilty of squandering taxpayer money on a hollow investigation and basically lying to the public.

Given that the government has declared an all war against corruption in Armenia, Hetq has decided to make its own small contribution.

Notwithstanding the reply from the Swiss Federal Office of Justice noted above, Hetq has written to the Swiss Ambassador to Armenia for clarification. We’re interested to know if the ambassador is aware that the SIS has distorted the facts of the Swiss government’s refusal?

We have written to the ambassador so that he’s not caught off-guard when Armenian President Serzh Sargsyan or Armenian Prime Minister Karen Karapetyan ask him why the Swiss government is hindering their much-vaunted anti-corruption campaign.

Knowing the facts, the ambassador can turn around, replying, “Who says we’ve rejected your government’s request for legal aid. We’re ready to cooperate.”

There’s no dearth of facts, based on which, the Armenian government can strike a major blow in its anti-corruption campaign.

But no one in government seems ready to put on the gloves.