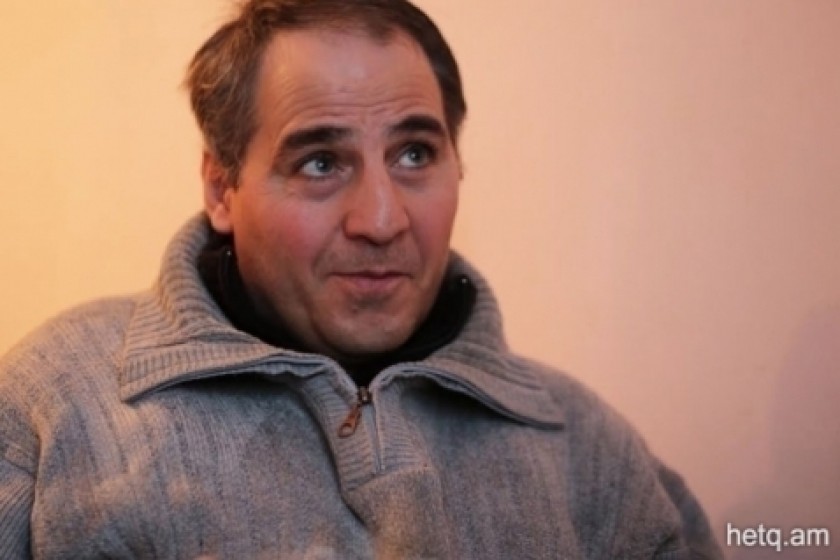 Artur Sargsyan, nicknamed the “bringer of bread” for taking food to members of the armed Sasna Dzrer group who seized a Yerevan police building last July, died today while being treated at the Armenia Medical Center.

Earlier today, Hetq reported that Artur Sargsyan was listed in serious condition and on a respirator after being operated on last night.

The deceased had been on hunger strike for 25 days.

He was again arrested in February of this year, allegedly for not showing up after being summoned to a case hearing.