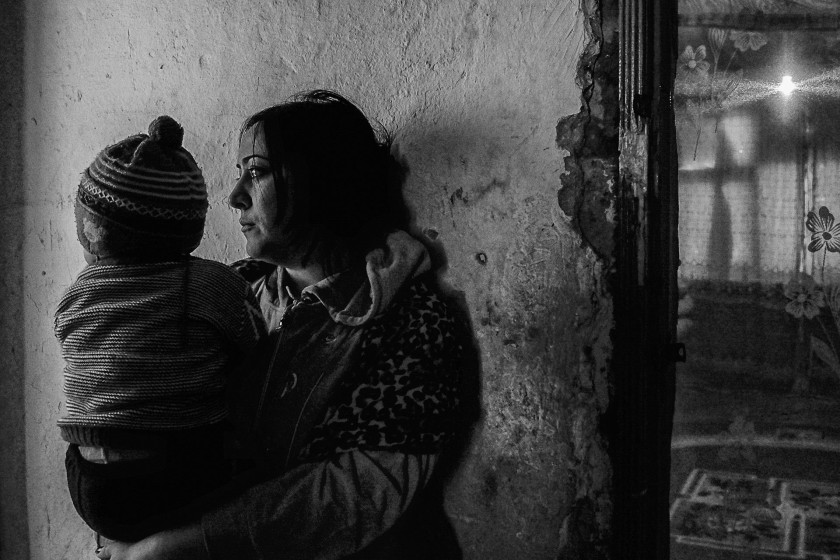 A photo exhibition ‘Beyond the borders – exploration amongst the forgotten refugees of the South Caucasus’ has openedat Yerevan State University.

The artist,Jan Zychlinski,is a lecturer in Social Urban Development at the Bern University of Applied Science, with additional focus on social photography.

From September 2014 to February 2015 Jan Zychlinski travelled throughout Armenia, Georgia and Azerbaijan to document the fate and living conditions of refugees of various conflicts, discovering that many still live in camps, collective residences, or partly in newly built settlements away from the rest of society. 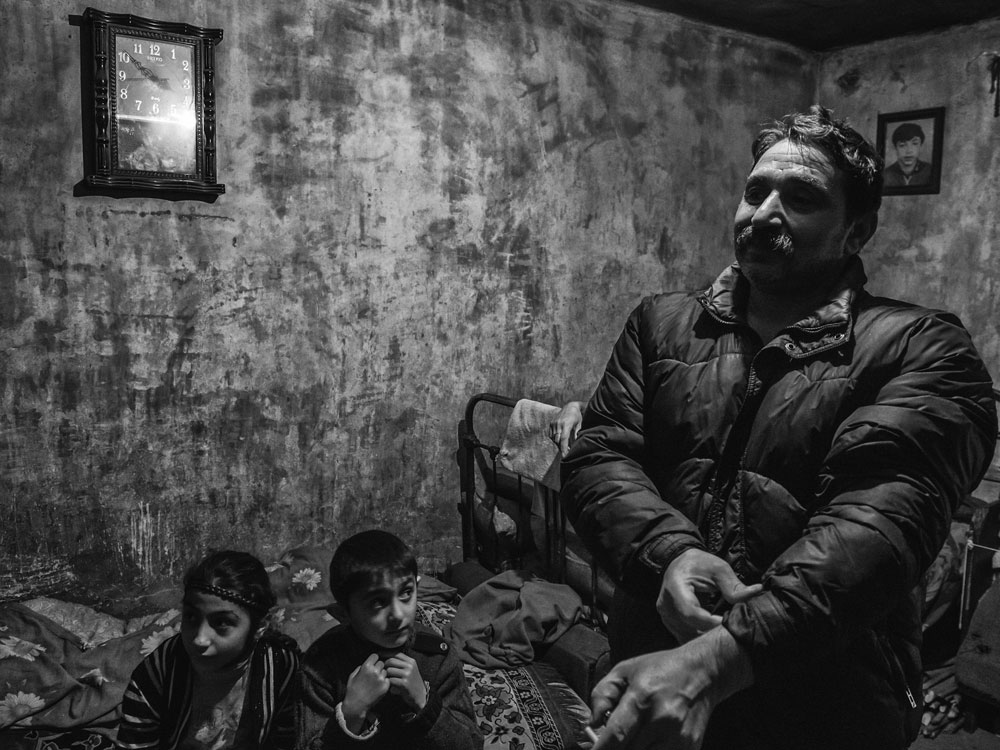 Before the exhibition’s opening, Lukas Gasser, the Ambassador of Switzerland underlined, that the region has many things in common, yet is split because of the conflicts in Nagorno Karabakh, Abkhazia and South Ossetia.

‘I think all these countries have several social issues in common and despite many differences, many problems are still common, and refugee problem is one of them’said the Ambassador. He especially mentioned that younger generations should be conscious that many issues persist after the start of these conflicts, and many social problems have not been solved. 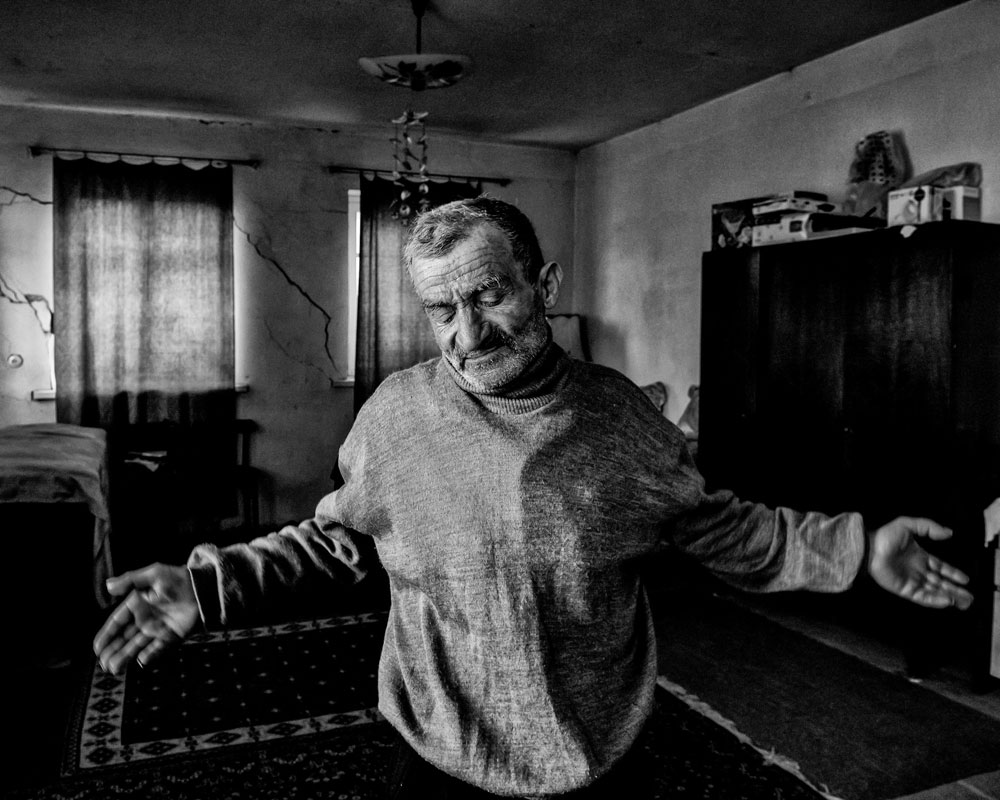 Refugee situation in the region often described as a ‘humanitarian crisis’, given the fact of the lack of integration and social issues they face after more than 25 years in exile.

According to Ambassador Gasser, in all conflict situations where refugees exist, there are state and other interests that don't want the problem solved. 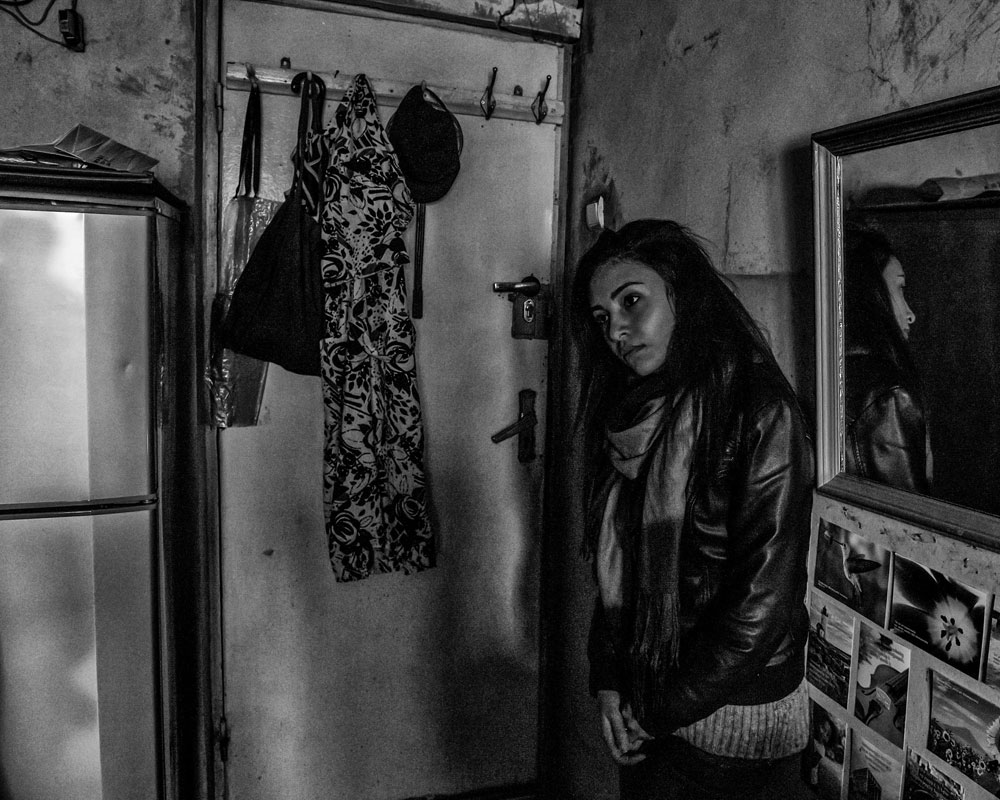 “There is sometimes a will not to integrate them, to show that this community continue to exist as refugees, IDPs, this is a way of showing that the conflict has not been solved. But, I think this is not according to humanitarian principles, we don’t want that, and whether the conflict has been solved or not, our first care should be the victims, the refugees”, said the Ambassador Gasser. He added that the exhibition is a very good way to show that problems still exist, and to remind the societies, the countries, the governments and the communities, that it is in their common interest to solve them. 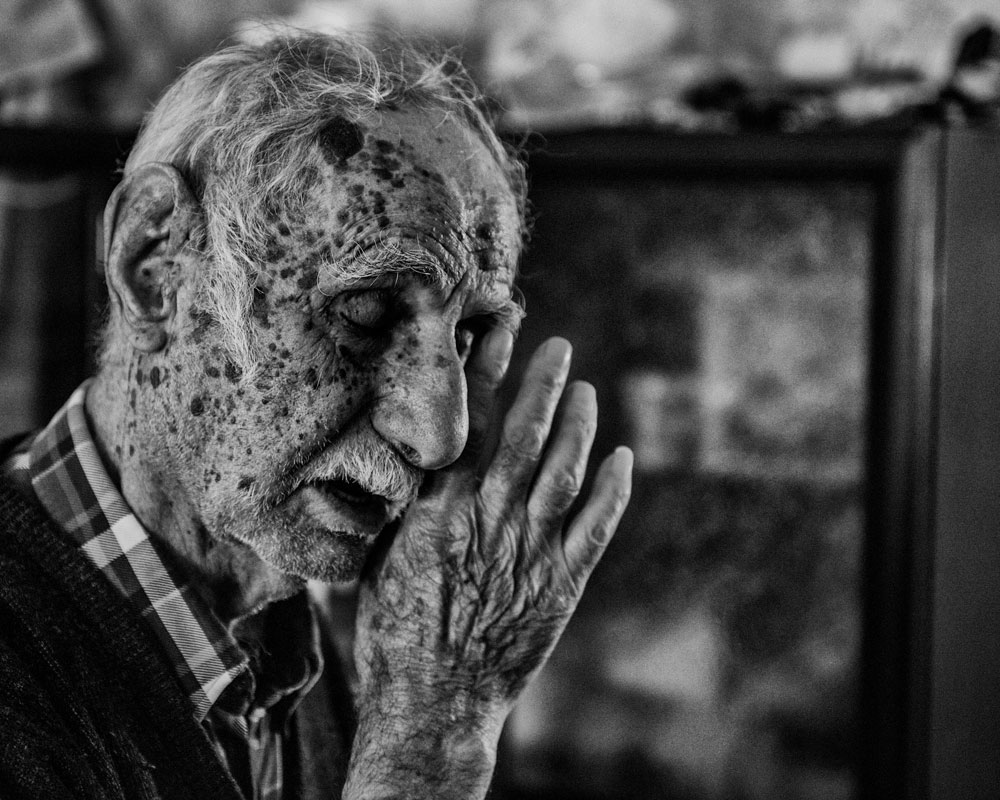 The artist agreed with the assertion that refugees are isolated in their new societies.

Speaking to Hetq, Jan Zychlinski pointed out that most of the people are very tight-lipped and did not want to talk because, even if they get humanitarian things, nobody takes the time to dig deeper to discover their situation. 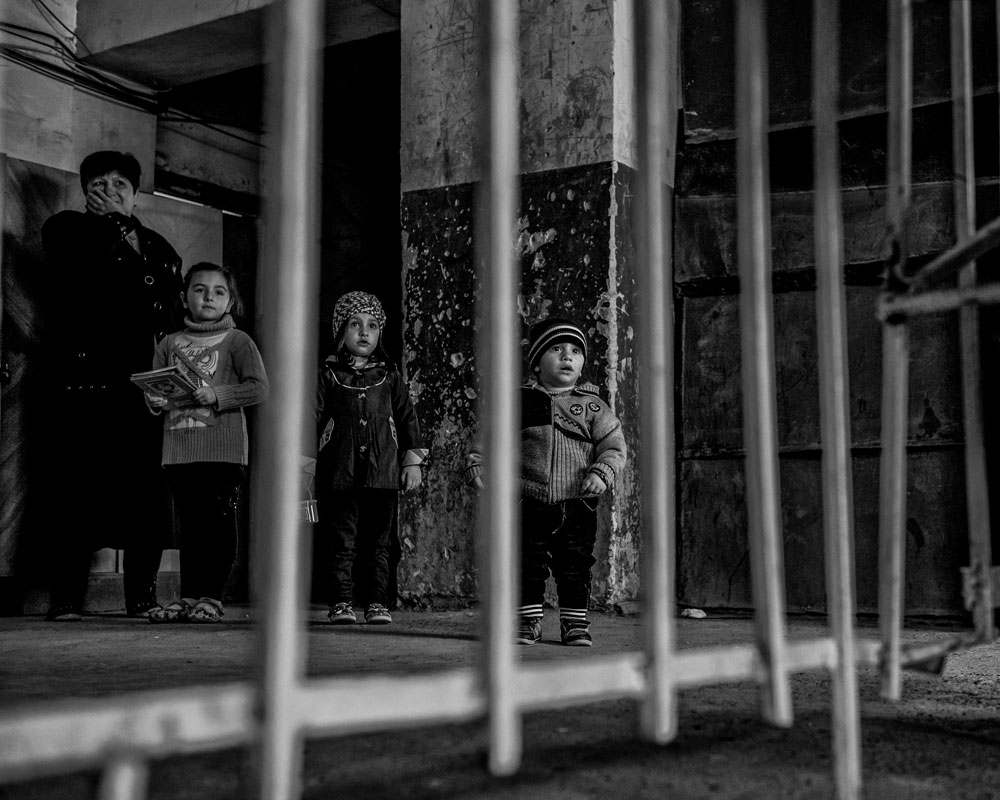 “The moment they recognize that I am really interested in them, they start to talk and they talk endlessly”, said Zychlinski. He added that the first question they are always interested in is for which organization he works. “I tell them I work for nobody, and I guess that was the key to open them up”, said the artist.

Speaking about the most disturbing factors of being aliens for several decades, Zychlinski indicated: “To loseone’s home and not to find home in a new place, not to be a part of the society at the new place. This is not the loss of a material thing. It’s much more the relationships and inability to create new relations to surrounding society.” 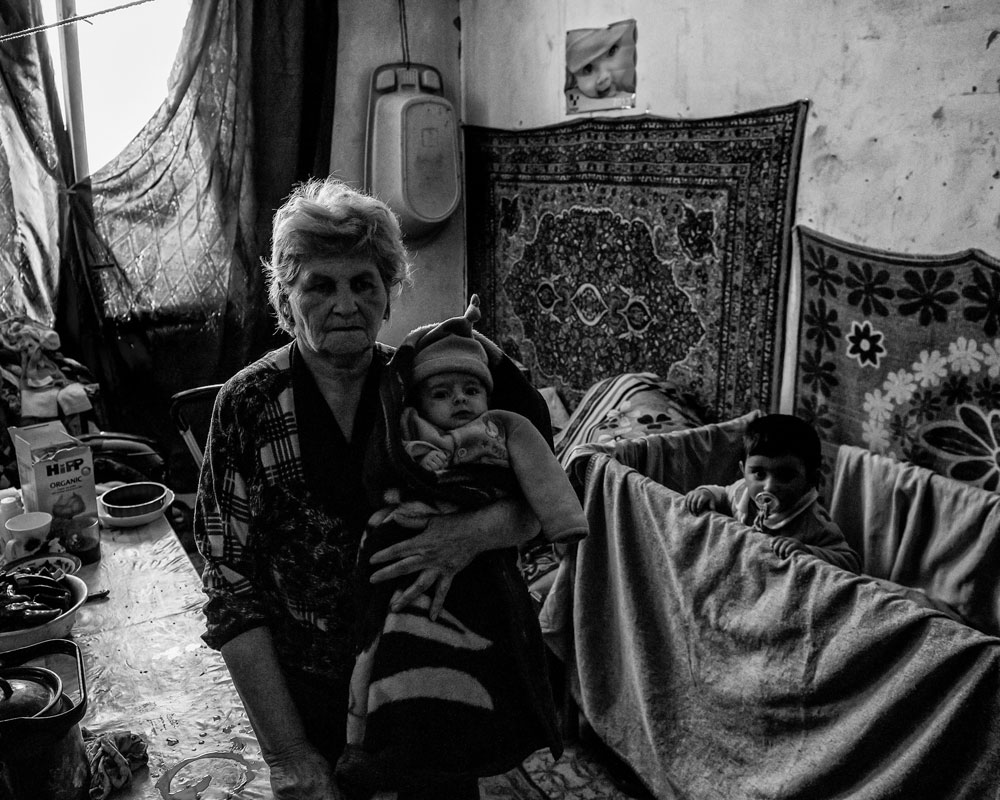 The artist also does not see much difference in the situation of refugees in Armenia, Azerbaijan or Georgia. He notes that there is just a legal reason for Armenia with most refugees being ‘so called ‘naturalized’, former refugees, which differs from Azerbaijan and Georgia.

However, although they have received Armenian citizenship, and they are no longer refugees, lots of them feel like refugees even if they are citizens. 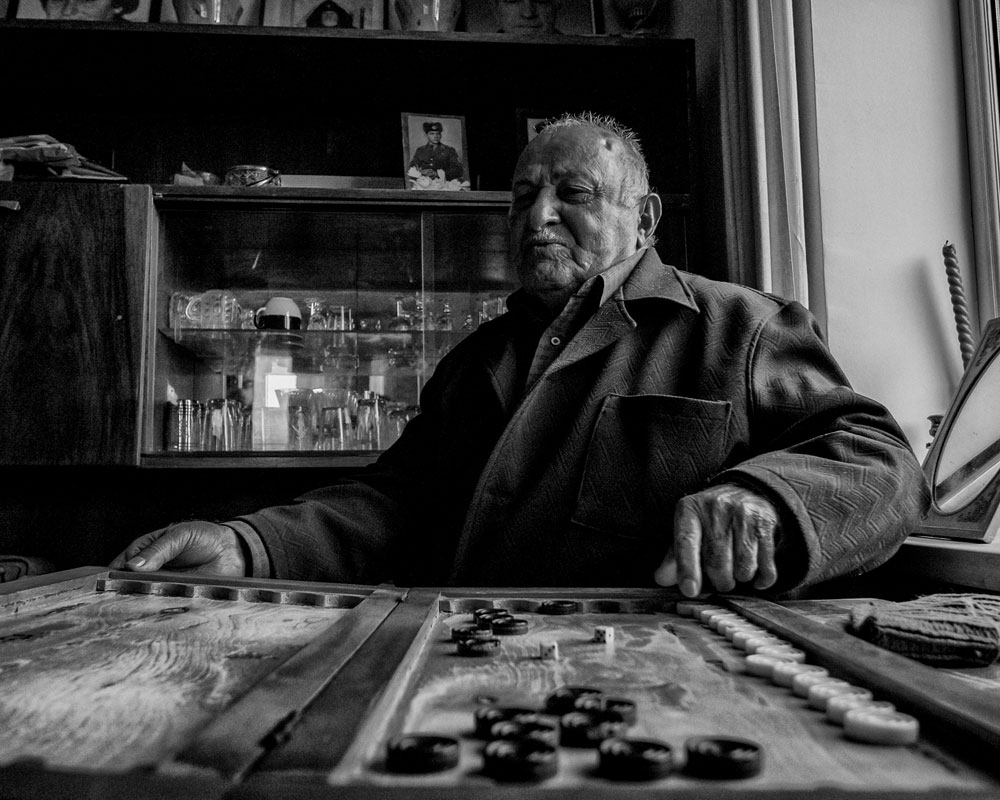 “This is the only difference, and it has legal, not realistic reasoning. Because they grew up in different surroundingsand different cultural backgrounds, for instance, in Baku, and the countryside, they don’t have a real chance to become a part of the society because of their different mentality and cultural background”, Zychlinskisaid.

Speaking about the governments of the countries,that might play a more significant role in improving the situation and help to restore human dignity and carry out efficient settlement mechanisms, Zychlinski noted that, according to his observation, the decision-makers and international organizations most of the time care about humanitarian needs and the housing. Only a few initiatives concern social inclusion issue to make them a part of the society. 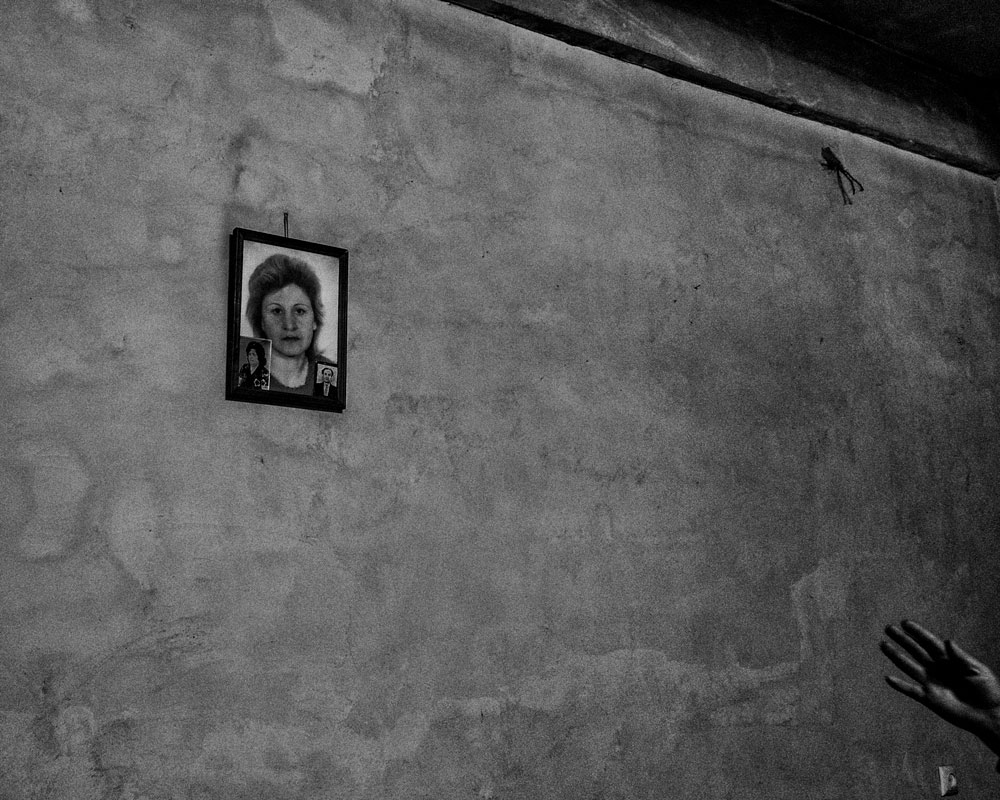 Reflecting on art as soft power in politics, and yet trying to put words behind the faces in the photos, the artist mentioned that in the book Beyond the borders –exploration amongst the forgotten refugees of the South Caucasus, which resulted from his mission visit, he put some chapters and headlines, which illustrate the feelings and moods of refugees. ‘And ‘Forgotten’is one of them. They feel forgotten’, he said.

Besides, as he points out, lots of them are waiting…“Waiting for something, or somebody to change something, waiting for nothing, but waiting. Remembrance, many people live in their memories, and not too much in the present. Very often they live in their memories. This is about all the refugees in the region. For sure, every case is individual, but in general I can describe them like that. Then, on the other hand, there is huge hospitality. The moment you step in their house, if they are in their house, they are hosts, and they behave like hosts, and they do everything for you. But if they are outside, they are strangers”, the artist said.

He underlined that it was a huge experience for him to recognize this border and the difference between in and outside images. Zychlinski also indicated that for only a few people is there some hope that things will change for better. Yet, for the majority, there is no hope, and, in his view, refugees don’t know such a word as hope, because they have no idea what it means.