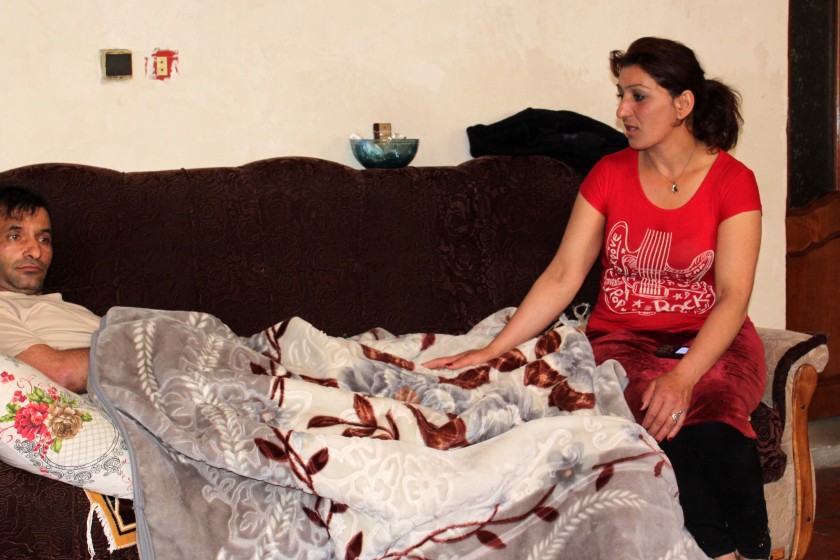 The black dog didn’t look like tame. He was restless, with sick eyes. He sniffed and, surprisingly, let us inside the house. The house wasn’t tame, either. It looked like a creature fighting with life in an unequal battle. There were two sofas facing one another.

On one of them, a very handsome man in his forties lay. On the other, an eighty-year-old woman with the most striking kind eyes I have ever seen was resting. This is the family of the Yezidi Qalashyans. We were paying a visit to find out about their son’s condition, who had been wounded while in the army.

Hasan Tamoyan wasn’t at home. He's been recuperating at a Red Cross clinic for the past two weeks. The other brother serves in the army. 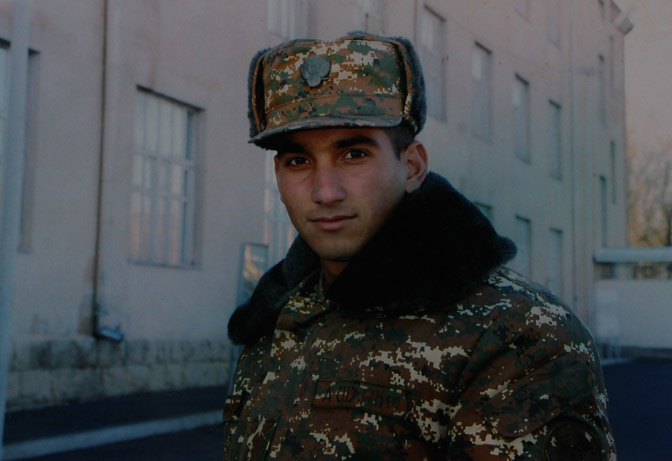 It was their neighbor, Burastan Tonoyan, who introduced us to the family. She’s the senior operator of the post office in Houshakert village, delivering pensions, letters, and money.

“Are there people who still write letters?” I ask. “No, the letters are either from the court, or from tax services, regarding unpaid taxes, or from the police,” she replies.

So, the only letters received in Houshakert, located on the grounds of the heroic battle of Sardarapat in Armenia, are of an official nature.

“Phone Gyozal, she’s out working in the fields. Tell her to come”, says the old woman, Gyozal’s mother-in-law. 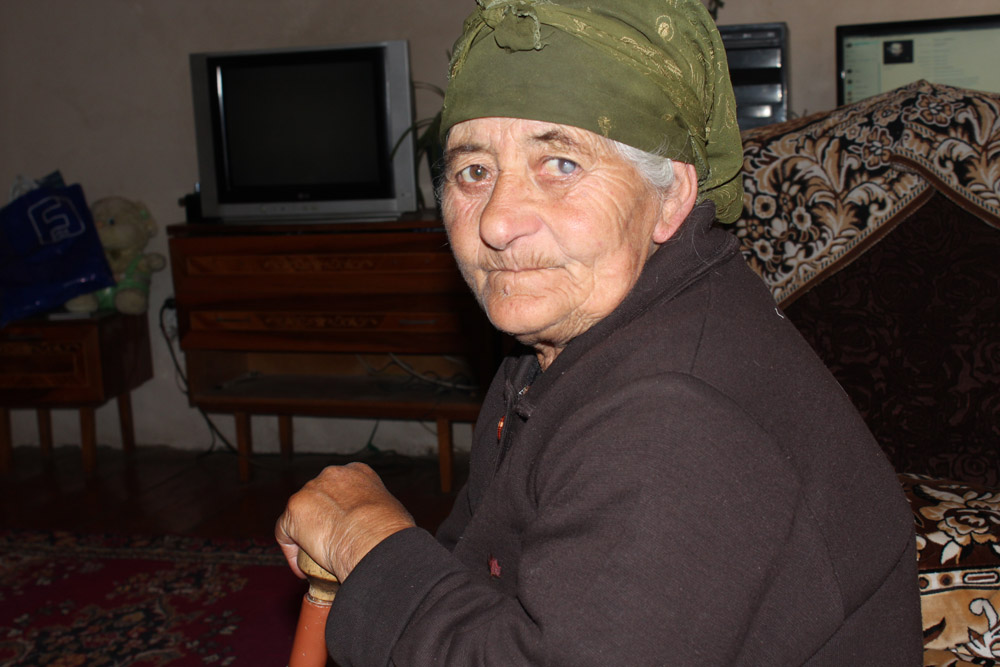 We haven’t met Gyozal yet, but realize she’s the chief commander of the family, trying to solve all its issues. Even the husband, who pronounces words with difficulty, mumbles about the necessity for Gyozal to come. All of us are waiting for Gyozal.

There are three big issues for the family. Their 20-year-old son has a third-degree disability after being injured. The husband has a brain tumor. On top of it all, the family’s financial condition is quite worrying, with many loans to be paid and Gyozal being the only one working. She’s out somewhere, working the land, and is now being summoned just because some journalists have arrived from the city.

At other times, she’s taking care of animals, followed by solving the unsolvable issues. The old woman’s analysis of events, diseases, disability and poverty, are so simple, that at some point you believe they deserve simple solutions. But there are none.

And somewhere in between our inarticulate words and inarticulate silence about the non-existent solutions, Gyozal appears. Gyozal’s body resembles an hourglass - classic, tight waist, wearing a dark red velvet skirt, a favorite of Yezidi women.

But the skirt is short and black tights appear beneath. Gyozal is tired. She’s been working in the field. But she moves and talks fast. We had gone to Houshakert to find out more about the soldier.

We leave with an article about Gyozal, the soldier’s mother. Gyozal was married off at the age of 16. When asked about how she met her husband, Gyozal says Yezidis do not meet, they are simply taken to the groom’s house. Their marriage is not registered.

She, who’d never been out of their village or visited Yerevan, now has a son at the hospital, a husband at the Center of Oncology in Kanaker, a sick mother-in-law at home, and another son serving in the army. Gyozal has made the trip from Houshakert to Yerevan and back every day lately. 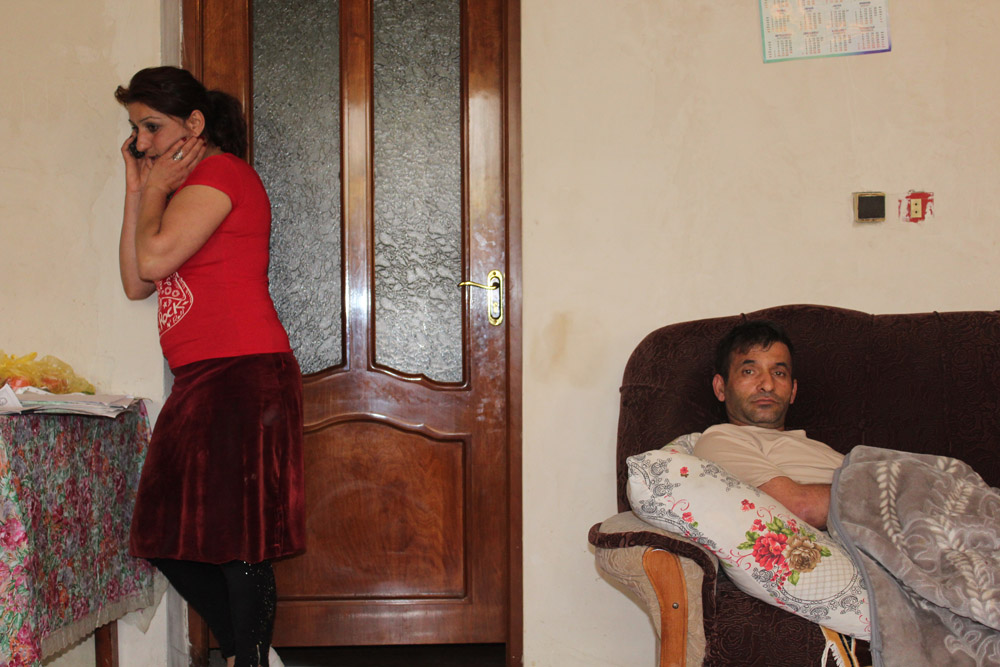 She laughs, telling us about her initial fear that there was only one #67 daily to Yerevan. She’d run after the departing bus to catch it. Others later told her that there are other buses, so all she has to do is just wait at the bus stop for the next one.

That’s the way she learnt about the bus system. She then travelled so much that drivers started transporting her for free. Gyozal says that in Yerevan she would be sent from one hospital to another, from one ministry to another, to get the disability papers for her husband and son, and to take necessary items to her husband.

This happened several times a day. People told her that all the red tape and running around was a ploy to frustrate her to the point where she would give up on the disability issue. Gyozal’s answer was that it would be the other way around - the other side would eventually give up and provide what she needed.

Gyozal has been bounced around so often that she’s no longer stressed when the defense ministry sends her to another ministry She now manages to put the official serving at the Red Cross, who’s on the verge of declining her request, in touch with another official, serving at the ministry of defense, thus solving the issue of her son’s recovery.

When I ask Gyozal what would be a real help in her opinion, she says, “If only my two million AMD loan at ACBA Bank was closed, I would be happy”. (Two million AMD is around US$ 4,125) She pays it, bit by bit, every month, by raising and selling animals.

She’s a strong, young woman, born to live. But she’s a woman… she stops in mid-sentence, getting emotional. She tries to calm her quivering lips. She repeats, out loud, “I’m strong, I am very strong”. Gyozal then caresses her husband’s head. Maybe it’s because she’s embarrassed in front of us due to his speech, which gets more and more incomprehensible.

“Dear Shamo, please don’t get nervous, it’s bad for you,” she says, sitting at the edge of the sofa next to her husband’s feet. The scene is unbearably beautiful, so beautiful that it cannot be described in words. I just wish I was wealthy enough to help Shamo Qalashyan, this man with a brain tumor, this husband of Gyozal.

They are strong people, yet in an ordinary type of way. They don’t do anything heroic, yet are in an unequal battle with life. They still love each other, and they want to live. Shamo’s old mother asks for assistance for her sick son. She asks both in Armenian and Yezidi. She asks with her unbearably kind eyes.

But the doctors said there is no hope, that he should be taken home. They put the diagnosis, written in Russian, in Gyozal’s hands and sent them home. I took all the brain scans, hoping we’ll find a doctor who says, "We can save him." Yes, we will try to help the father of a soldier serving in the army, a father whose elder son became disabled. 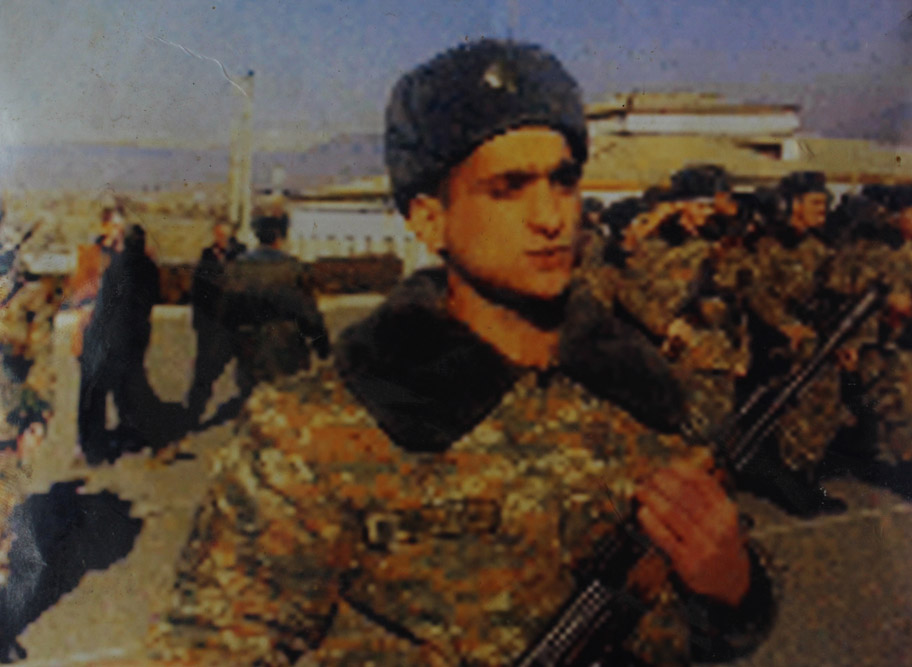 “No, why would they, they are our brothers and sisters, Armenians do not offend us. It’s life that offends us.” – The old woman answers. 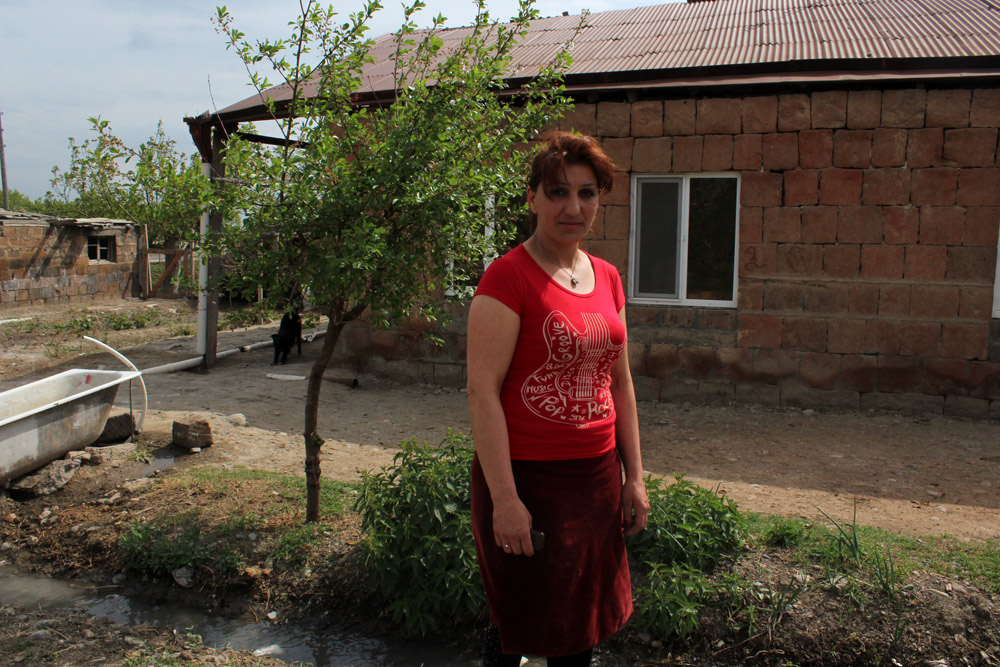 The black dog is lying in front of the door with a fierce look on its face. Gyozal says he’s not tame. He appeared out of nowhere one day.

Gyozal was sitting outside, crying. She had given up on life. Suddenly, she felt a warm breath on her hand. Taking her hands from her eyes, Gyozal saw the dog with the wild eyes. It was licking her tired fingers. Gyozal hugged the dog, cried, and kept him.

As for Gyozal’s modest wishes? They all involve the family – the loans to be paid, her husband to get a lifesaving operation, and her son to fully recover.