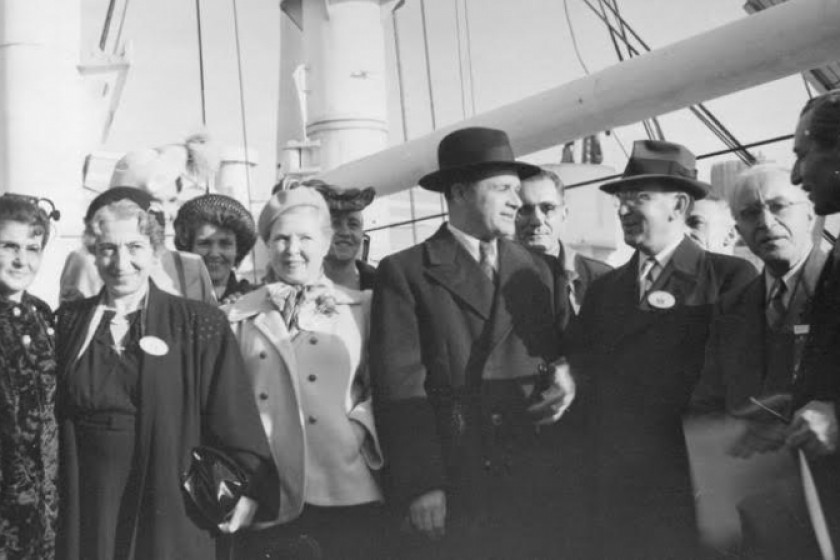 One can frequently hear the expression akhpar in Armenia. Its usage has lately increased due to the influx of Armenians from Syria. Akhpars are those Armenians who immigrated to Soviet Armenia from around the world in the 1920s-1930s, and particularly in 1946-1949. 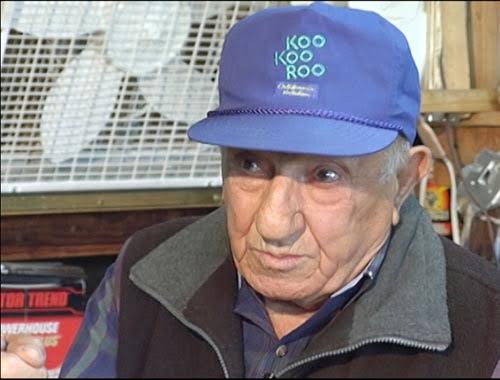 My family arrived in Armenia before the war. They always asked me, are you a Bolsetsi or an akhpar? I always replied, Bolsetsi. They’d say, yes, you are one of those old ones.

While the label often had a pejorative meaning, those relocating played an essential role in modernizing the socio-cultural and daily life of the country.

The repatriates were the cultural mediators, surviving the cruel atmosphere of fear of Stalinism and shaped under the Soviet stamp, adapting to the disgraceful conditions of life, reconciling themselves to the difficulties of hunger, sacrifice and betrayal, who imparted a breath of fresh air to society with the western Armenian they spoke, with their clothes that set them apart from Soviet homogeneity, with the well-mannered nature of their family and personal relations, with their cuisine infused with strange spices, and, finally, with their habit of drinking coffee. 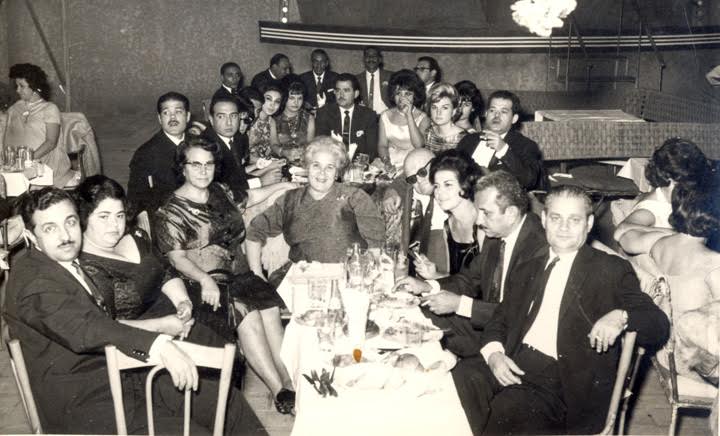 Generalizing, we can say that coming to Armenia, the repatriates faced two major integration issues. The first was systematic. All of them had moved to Soviet Armenia from capitalist countries and had no conception whatever of Soviet socialism. The second was cultural. Despite being Armenian, they differed greatly from local Armenians with their daily habits and customs, the clothes they wore, their food, the way they welcomed guests, their moral values, their conception and norms of aesthetics, and the nature of their family and personal relations.

In the early 1970s, in a Yerevan neighborhood, there lived a middle-aged woman who stood out from the rest due to the clothes she wore. The locals nicknamed her Zontik (umbrella). It turns out the moniker was linked to the woman’s repatriate father, and not to her. The father repatriated to Armenia in 1946 with his family. The neighborhood where they settled down was half inhabited by other repatriates and the other half by locals who migrated to Yerevan from the villages. On rainy days, as was his custom, the father walked the streets carrying an umbrella. For the locals, the sight was quite bizarre. Local Armenians thought it unmanly to carry an open umbrella. That’s why they made fun of him, nicknaming him Zontik and his daughter, Zontik’s girl. After the man died, locals gradually started to call the daughter, Zontik.

The repatriates, either coming from Europe or from the European influenced cultures of Syria, Lebanon and Egypt, appeared “other worldly”. The locals, either little or entirely uninformed of the outside world, mostly displayed intolerance and xenophobia towards the unfamiliar. On a practical level, this was manifested in vulgarity and ridicule. 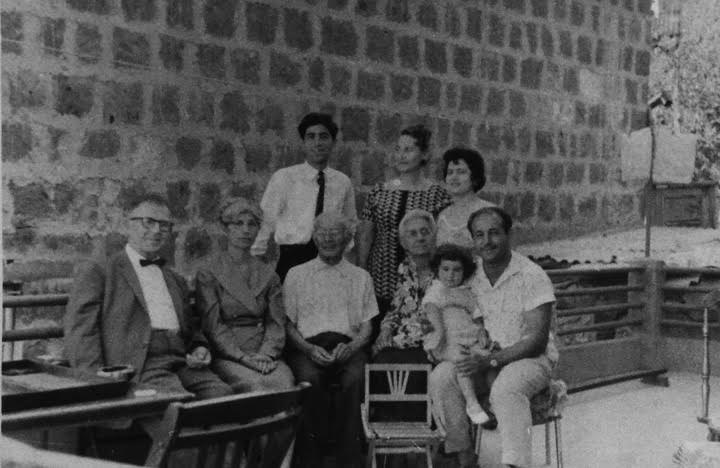 There was another trait of social life that was one of the reasons for the differences and conflicts between locals and repatriates. Soviet man could not perceive the difference between public and private; there was no reference point. Repatriates, however, did possess specific norms separating the two in daily life. There was a sensitivity regarding the personal space of another. 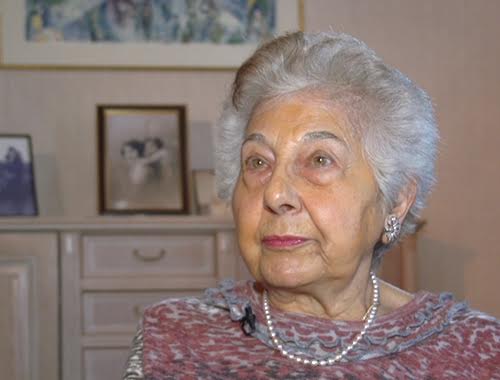 Repatriated from USA in 1949 / Lives in Paris

The cultures of the newcomers and the locals were quite different. Let me recount a small example. I was nineteen when we went to Armenia. From the beginning, I received many marriage offers. There, a go-between comes and says that the boy of such and such family wants to marry you. But how could I answer yes or no? Even if I saw that person just once? In other words, naturally, I’d always say “no”. I couldn’t. That’s not the way it was in America. There, boys and girls go out together. Only later is marriage a possibility. If everything goes smoothly, perhaps they’ll marry. I didn’t get married.

In interviews of locals that lived next to repatriates, they frequently say that the akhpars were more “cultured” (refined). They wouldn’t poke their nose in the affairs of others, nor would they ask very personal questions of another. When they did, the questions were quite delicately posed and circumspect. In this regard, locals were quite spontaneous and could ask inconvenient questions, delve into the private life of another, which, for the repatriates, was strange at best.

Most of the repatriates were the bearers of contemporary attitudes and behavior. Locals tended more towards the rural, the rustic. Repatriates wouldn’t pay a visit to the home of another without first informing the host and making an appointment. Local would often   open the door of a neighbor without knocking.

Then too, daily practices shaped under the influence of the ideology of Soviet collectivism, setting the private against the collective, in which great stock was given to the group lifestyle, was of great significance.

An old resident of a Yerevan neighborhood recounts that in the 1960s-1970s, people not only didn’t lock their outer gate, but also their front door. Neighbors could go and come as they pleased. Akhpars, as a rule, locked their front door, and sometimes the outer gate as well.

In other words, from the perspective of organizing social space, one of the main differences between repatriates and locals was that the former had a greater sensitivity about the borders of public and private space and linked behavioral practices. This manifestation was one of the pointers that a person came from the capitalist world, given that the separation between the public and private in daily life first appears in the era of capitalism.

In the theory of daily life, this issue is one of those that has been examined in detail. In the era of capitalism, directed by modernism, the phenomenon of the separation of the public and private gradually comes to the fore. It is also accompanied by the partition and separation of the individual from the group. In Soviet society, those seeking seclusion were regarded as suspicious and became the target of official propaganda.

The Soviet Union not only had daily practices that were officially encouraged and promulgated by the state, but also a “shadow world” that has equally, and sometimes more, Soviet. In the Soviet Union, those who sincerely believed in the values preached by the state’s propaganda machine, and who didn’t master or employ the “shadow practices” to circumvent the official line, were regarded as naïve bumpkins who didn’t understand the rules of life. Sometimes, they were labelled “communist”. 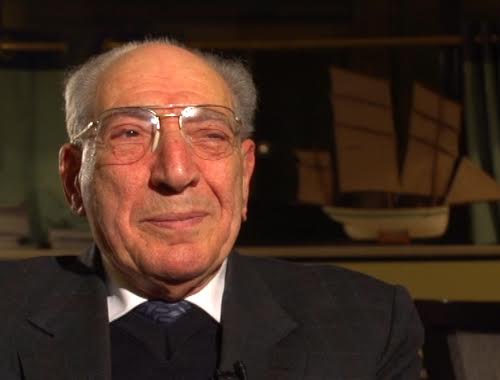 Repatriated from France in 1947 / Lives in Paris

I was successful. I didn’t steal or take bribes. Everyone knew that I provided blood tests and other exams in the evenings at my house. I was able to live without being in debt to anyone.

One time, department head Aleksandr Grigoryan said that everybody was stealing. I said, “I also am stealing.” “Yes, yes. What do you steal?” “I steal my vacation time,” I replied. I didn’t hide the truth. I openly said that I work and eat.

Daily life had numerous shades located between the official and the shadow. Those who could best make their way between the two extremes was considered a “person who understood life.” In Soviet reality, it was these people who really wielded power. Others knew how to relate to them. Only a few didn’t know about the forms of these relations. Fewer still were those who, on principle, didn’t tolerate any of this. No one in the Soviet system liked these latter people. Those who tried to have nothing to do with the real rules dominating life in the space between the official and the shadow, were called “good for nothing” and “less than human”, “not a man”.

The repatriates entered the Soviet Union from places where the operating reality on the ground was equal to or quite close to the declared reality. They found it difficult to understand the multi-layered realities, contradictory while at the same time supplementary, of the Soviet Armenian. Repatriates often collided with these realities of Soviet Armenia and found it difficult to adapt to daily practices that undermined their individual dignity.

One of these was the practice of bribery. It was near impossible to resolve any issue in Soviet Armenia without bribery. In many interviews with repatriates this is the reality most mentioned. Bribery was the “miracle means” that did away with all the official obstacles and complications that an average Soviet citizen faced to resolve any common problem. Descriptions of bribery in these interviews relate to all sectors – from bribing hospital guards and doctors, from neighborhood inspectors to top-ranking police officials, judges and prosecutors, from school principals to high-ranking education officials.

Repatriates were also not familiar with the local sub-cultures. Their unfamiliarity with the neighborhood sub-culture really complicated their lives. As a result, in the patriarchal neighborhood milieu, they were often regarded as harifs (simpleton/sucker), because they didn’t master the local concepts and language of discourse of “right and wrong”.

It took decades until people slowly began to grasp the local routines of daily life. Despite many difficulties, the repatriates gradually acquired the skills and knowledge to live in their given environment. Furthermore, with the passage of time, that which was regarded as akhpar-like and ridiculed permeated the lives of the locals and became an integral part of their daily lives. 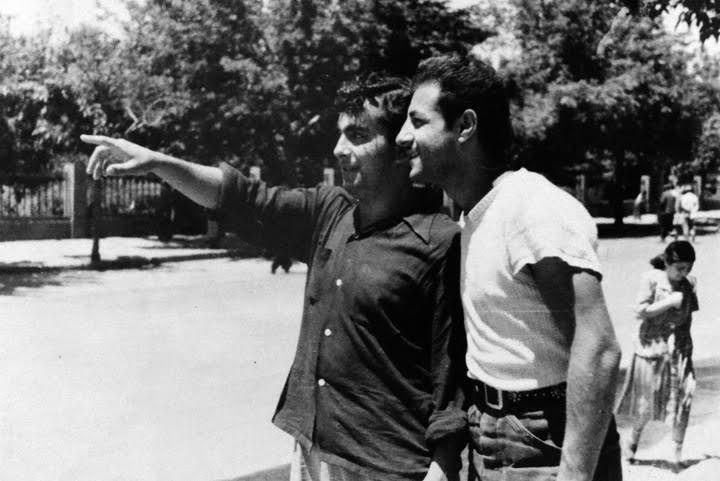 Living in Soviet Armenia for a few decades, many repatriates never reconciled to the idea that their progeny should stay in an environment, divorced from logic, as was the Soviet Union. In the 1960s and 1970s, seeing their first real chance, many left Soviet Armenia. But the permanent stamp of akhpar culture on Soviet Armenian reality remained.

This article is prepared as part of the “Two Lives: The Cold War and the Emigration of Armenians” project financed by National Endowment for Democracy (NED).