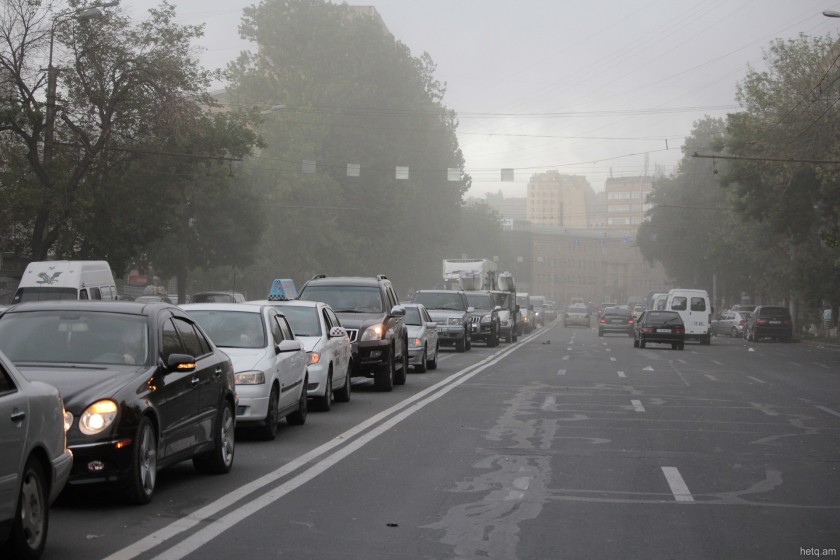 There are days in Yerevan, the capital of Armenia, when breathing is difficult due to the high levels of various particulates in the air.

The Environmental Impact Monitoring Center, an arm of the Ministry of Nature Protection, has recently released data showing that higher than acceptable levels of exhaust gases not only plague the center of Yerevan and its southern districts, but also higher elevation residential areas to the north. 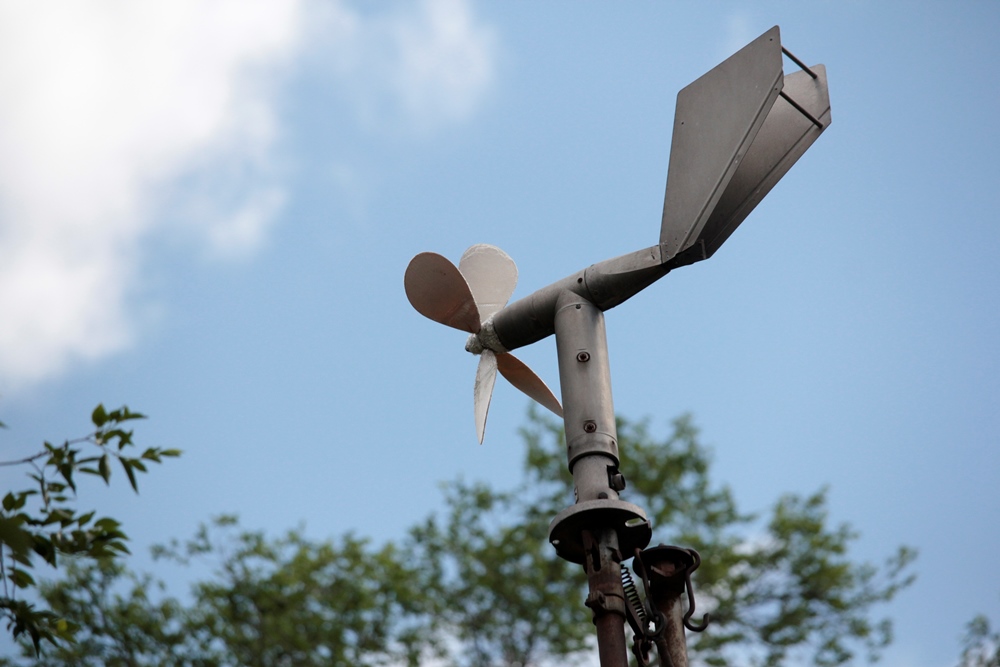 According to the Center’s findings, 2016 average levels of carbon monoxide, sulfur dioxide, dust and ground-level ozone were within acceptable levels.

But on November 10, at 7:45p.m., carbon monoxide levels hit the roof, reaching 13.13 milligrams per cubic meter – more than 4 times the permissible amount.

One of the hardest hit areas is downtown Yerevan; Khanjian Street in particular. Here, the highest carbon monoxide (CO) readings are registered between 4a.m. and midnight. 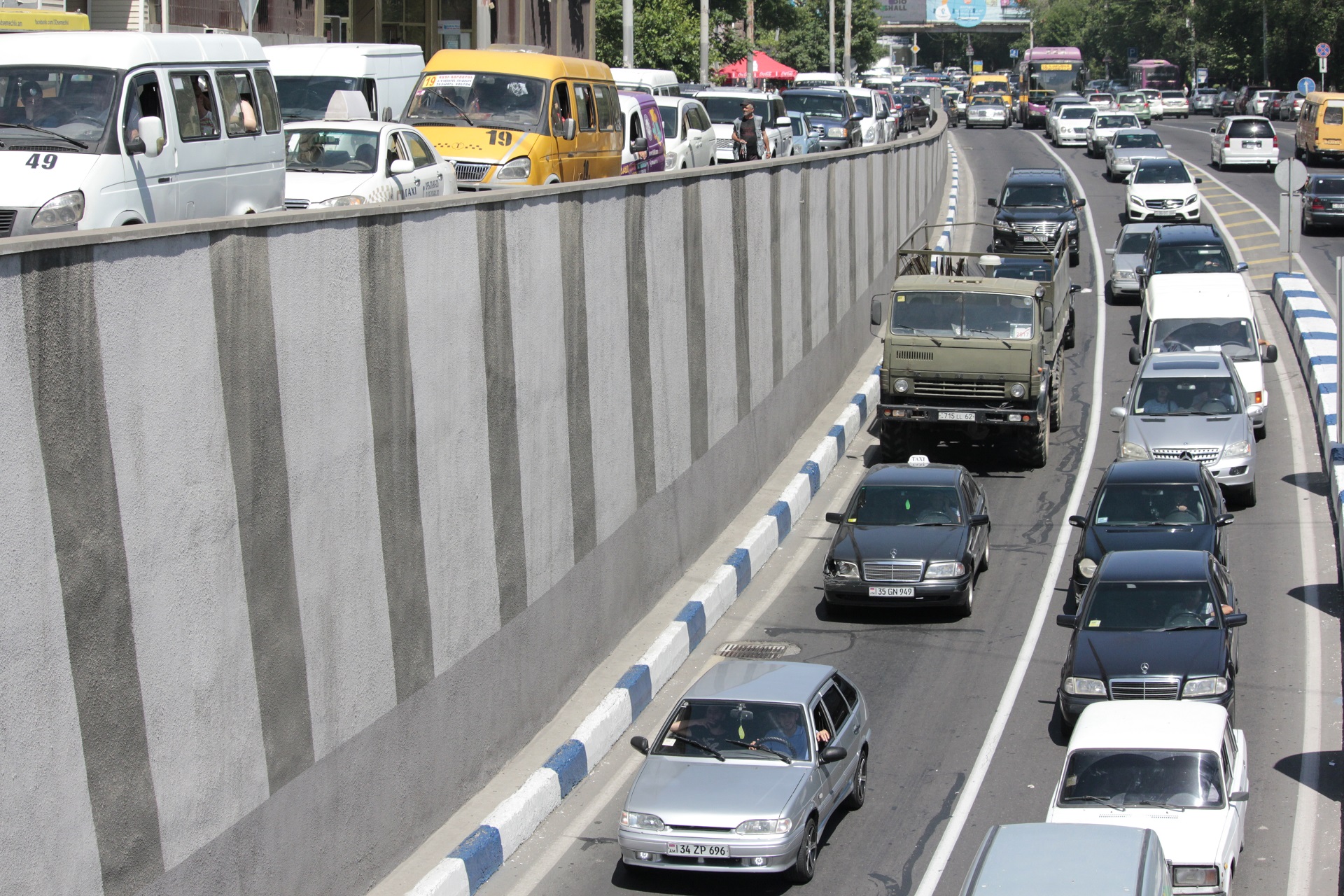 I was on February 2, 2016, at 5p.m., that the highest yearly level of sulfur dioxide (SO2) was recorded – 2.93 milligrams per cubic meter – more than 50 times the acceptable norm. This reading was also in downtown Yerevan. 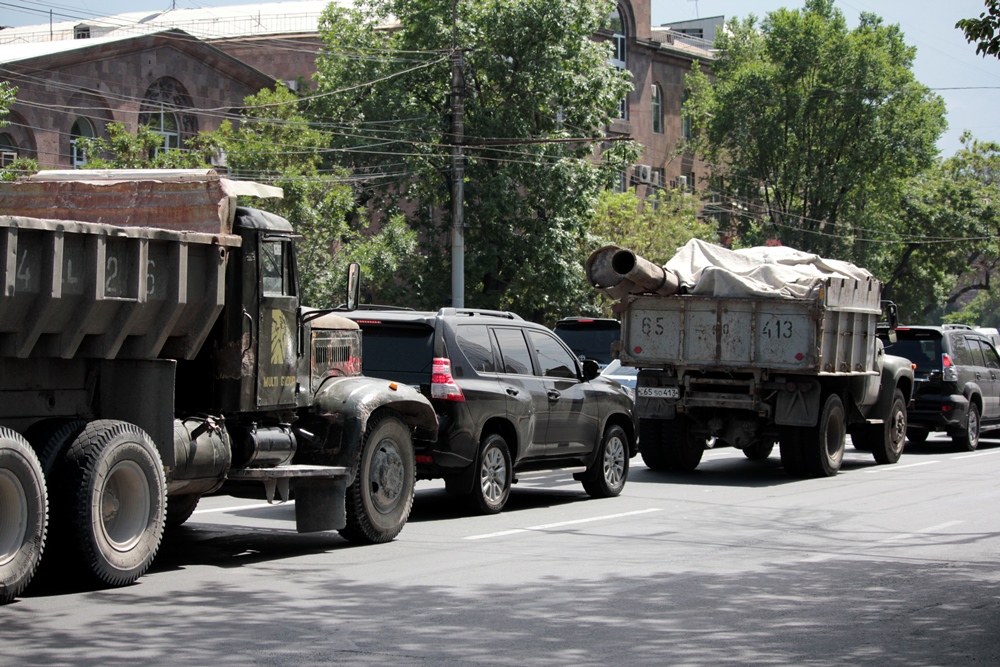 In the first two months of 2017, 117 readings of unacceptable dust levels were recorded throughout Yerevan.

Prior to 2013, air quality readings were taken at specified hours during the day. Today, readings are taken on a 24-hour basis.

Knarik Grigoryan, a physician at the Armenian Women for Health and Healthy Environment NGO, says that to determine a direct cause and effect link between air pollution and health, specific research must be conducted. Patient health records on those days when pollutants exceed norms must be studied, she says, to ascertain the impact on people’s health. 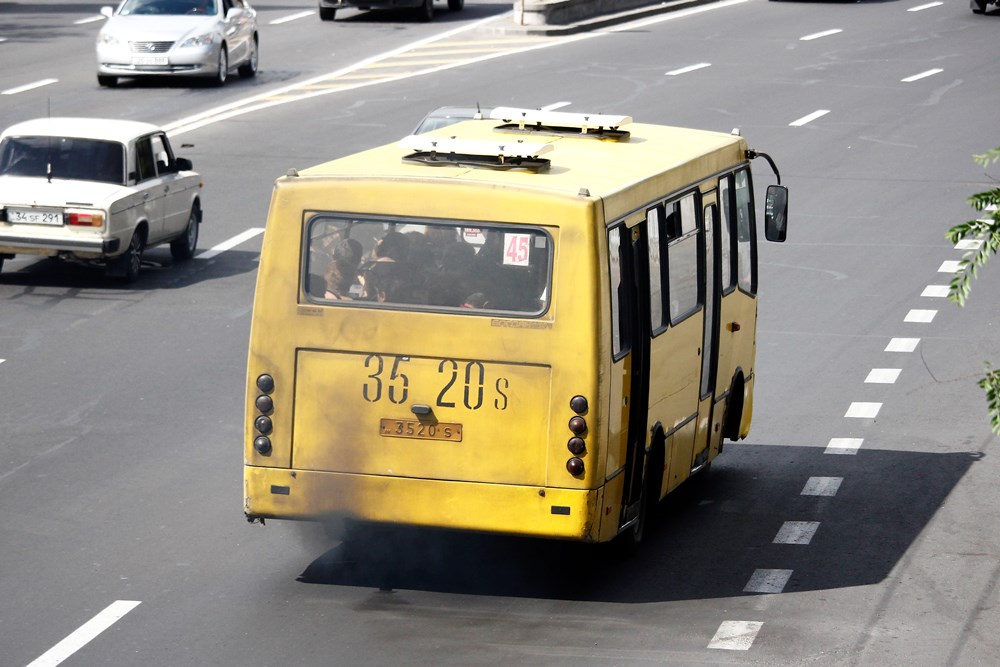 Even without such specific data, Grigoryan says high pollutant levels in the air are known to exacerbate respiratory and cardiovascular illnesses. 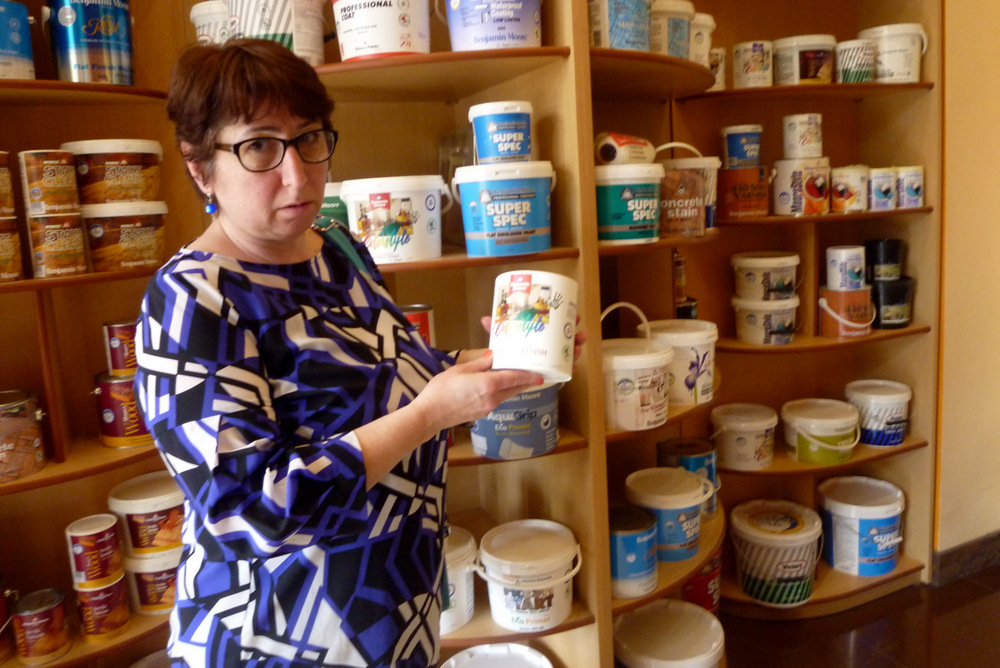 “Carbon monoxide leads to an imbalance in the central nervous system, and sulfur dioxide leads to allergic reactions and can irritate respiratory pathways in the body,” says Grigoryan.

When there are higher than acceptable levels of dust particles in the air, Grigoryan says it’s vital to ascertain the chemical compounds of the dust. She describes dust as a soil stratum, composed of bacteria and chemicals, that affects the body’s skin.

Grigoryan says that dust can also be a carrier of heavy metals. 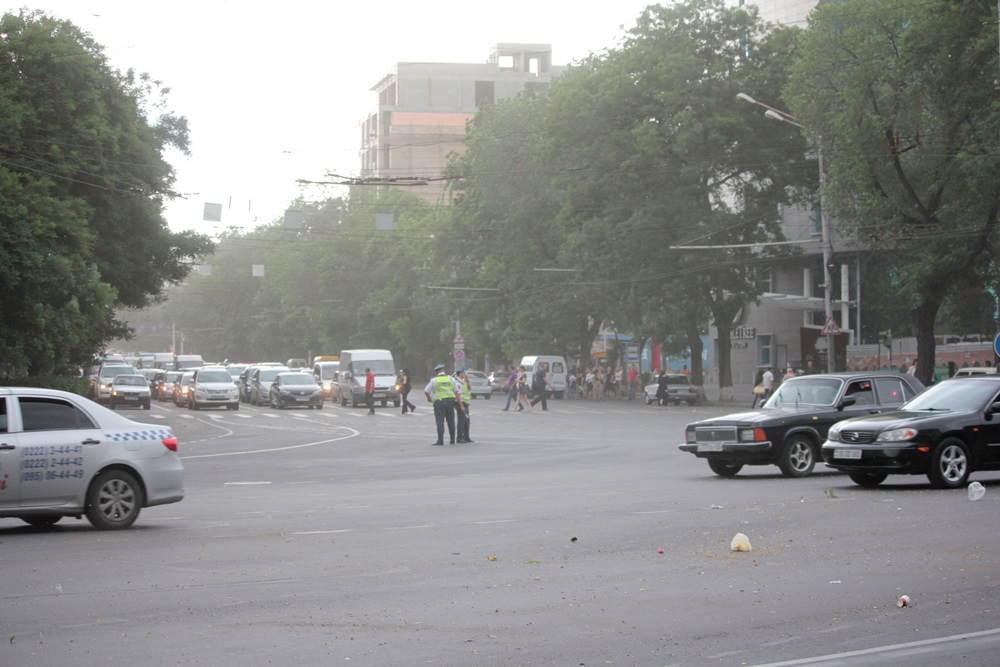 A study by the Yerevan Municipality of heavy metals in dust shows higher than permissible levels in both summer and winter.

Molybdenum and cadmium traces heave been found in the dust collected from leaves and snow cover. 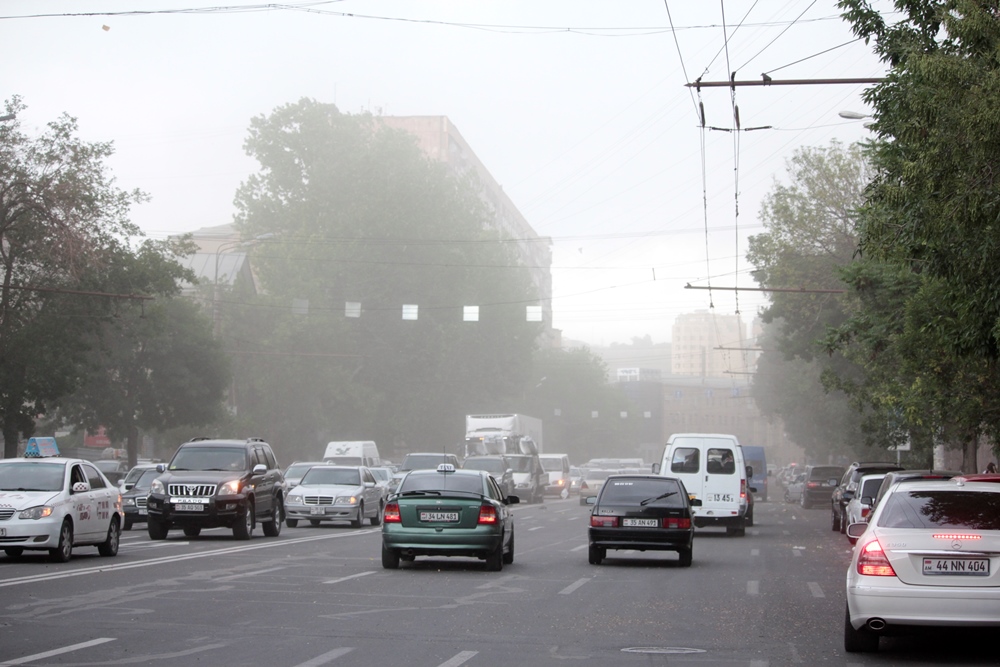 Simon Warren 2019-11-30 13:36:16
I use the Air Visual App to look at Global Air Pollution and shocked to see such high levels in Yerevan. In UK we have smokeless bans in many cities to stop coal and wood burning . Why is this not enforced in Yerevan ? Are there tree planting schemes etc and solar ,wind and other alternatives..
Serouj 2019-01-25 08:30:37
Actually, the quality of air in Yerevan is quite high. I've been using a Temtop LKC-1000S+ Air Quality Detector of late to measure air quality in Yerevan, and I was pleasantly surprise to find out that particles of size 2.5 microns or less and particles of size 10 microns or less have pretty low counts in Yerevan. (Ambient PM2.5 levels is about 20-30 ug / m3, and for PM10 is about 30-40 ug / m3). The real problem in Yerevan aren't the cars and buses (which mostly run on natural gas, which when burned only produce water and harmless CO2). The problem is WASTE BURNING! This goes on particularly in winter months when lower-income homes burn anything they can find to keep warm -- from plain trash (including plastics) to wood to just anything that can burn. There is also some trash burning going on in Noubarashen, as well as field-burning throughout the Ararat valley. Trash and waste burning must be made illegal in Armenia, and must be criminally punishable. It leads to birth defects in children, and respiratory problems for the entire population. Agricultural field burning must also be made illegal, and other large cities and towns.
Sergey Manoyan 2019-01-25 08:30:26
Shame on the Yerevan municipality for letting this PROBLEM fester. We are being poisoned and the government sits and does not take any sensible measures to mitigate this unacceptable situation. 1) Set STRICTER standards and fine those who exceed carbon emission levels (hey, it's a source of revenue for you! ) 2) Limit the number of cars per household 3) Build more parks / Stop poisoning us, NOW!
Vahe 2019-01-25 08:30:26
Air pollution kills about 7 million people worldwide every year (Guardian.com). 80% of people living in cities breathe in dirty fumes, raising the risk of lung cancer, stroke and heart disease (Mail Online) Many cities in developed countries have banned cars from city centers, others have restricted diesel policies as citizens are encouraged to buy more electric cars.